Kyrie Irving made headlines in the past few days after a video surfaced of him giving $240 cash to a homeless man in Houston before the Celtics boarded their team bus Thursday for Toyota Center to play the Rockets. A bystander took video of the exchange with Irving reaching into the side pocket of his sweat pants and handing the man a wad of cash.

The man then celebrated vigorously around other spectators who were waiting for Celtics players to board the team bus.

Irving said he seeks to help people as much as he can.

Irving said he knew he was being videotaped, but has no issue with the publicity for the random action.

“There’s nothing private anymore,’’ he said. “As long as you know what the intent is, it doesn’t matter if it goes viral or if anybody sees it.’’ 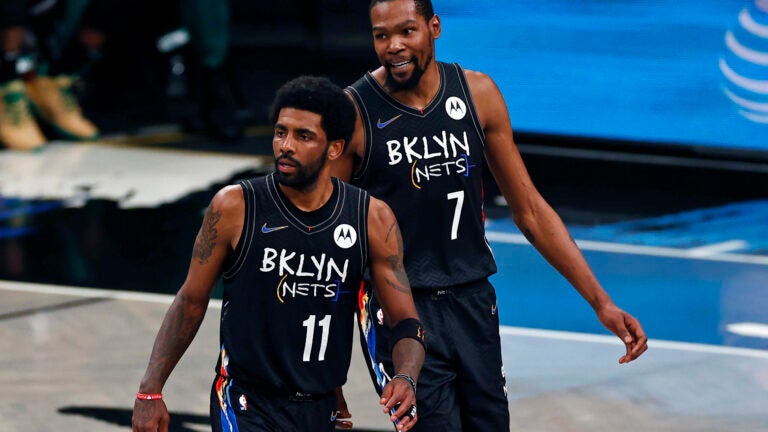