CHICAGO (AP) — The last time they played Boston, the Chicago Bulls walked off the court with the most lopsided loss in franchise history and little signs of hope.

Consider this quite a change.

Zach LaVine scored a career-high 42 points, Lauri Markkanen finished with a personal-best 35 points and 15 rebounds, and the Bulls got some payback with a 126-116 victory over the Celtics on Saturday night.

“That’s in the past, a couple of months ago,” Markkanen said. “We had it in the back of our minds. We didn’t talk about it too much. The coaches didn’t say anything about it.”

The Bulls went on an 18-3 run to start the second quarter, wiping out a five-point deficit, and led by as much as 15 in the first half before taking a 64-51 lead to the locker room. They scored eight straight early in the third to go up 72-53, Robin Lopez’s hook and floater capping that spurt. Markkanen’s 3 made it 87-62 with 6:25 left in the period, and the Bulls withstood a push down the stretch.

Irving hit a 3 to cut it to 94-86 early in the fourth. But Markkanen answered with one of his own, then drove for a three-point play to make it a 14-point game with 9:28 remaining.

LaVine and Markkanen became the first Chicago teammates to score 35 or more in the same game since Michael Jordan and Scottie Pippen each had 37 points at Phoenix on Nov. 20, 1996.

LaVine surpassed his previous high of 41 at New York on Nov. 5. Markkanen, whose best coming in was 33 against the Knicks last season, became the fourth Chicago player in 10 years to score 20 or more in eight straight games. And the Bulls won their season-high third in a row while returning the favor for a 133-77 beating at the United Center in December that was also the biggest romp in the Celtics’ storied history.

Kyrie Irving led Boston with 37 points and 10 assists. Al Horford scored 19, but the Celtics lost for the fourth time in six games.

“You’re going to have clunkers in the NBA,” coach Brad Stevens said.

This was one. But Irving isn’t concerned the Celtics’ struggles will carry into the playoffs.

It was a big change from the previous meeting, when Chicago’s starters got benched for about the final 20 minutes in what was Jim Boylen’s third game as coach after replacing the fired Fred Hoiberg. Some players raised the possibility of boycotting practice the following day. Instead, they held a players-only meeting and another with coaches and management.

“I think it brought us together as a team because there were things that were said that maybe you didn’t want to hear — both sides, coaches and players,” LaVine said.

Celtics: Coach Brad Stevens had positive reviews for Northwestern’s renovated Welsh-Ryan Arena, after the Celtics practiced there on Friday. “I’ve always thought it’s fun to go to different places and sometimes it’s an opportunity to see something new, be in a new gym. With (Northwestern coach Chris Collins’) connection with our Duke players I knew that would be fun. I know a lot of guys on that staff and have a couple friends on the football staff as well. We had an extra time to come.” Collins played at Duke and was a longtime assistant there before taking the Northwestern job in 2013. He was on Mike Krzyzewski’s staff for Irving’s lone season there in 2010-11. Jayson Tatum — in his second season — also played at Duke. Stevens made two visits to Northwestern when he coached Butler.

Bulls: F Otto Porter Jr. sat out the second half because of a strained lower left leg. … Chicago Bears coach Matt Nagy got a standing ovation when he was shown seated along the baseline during a timeout late in the first half. 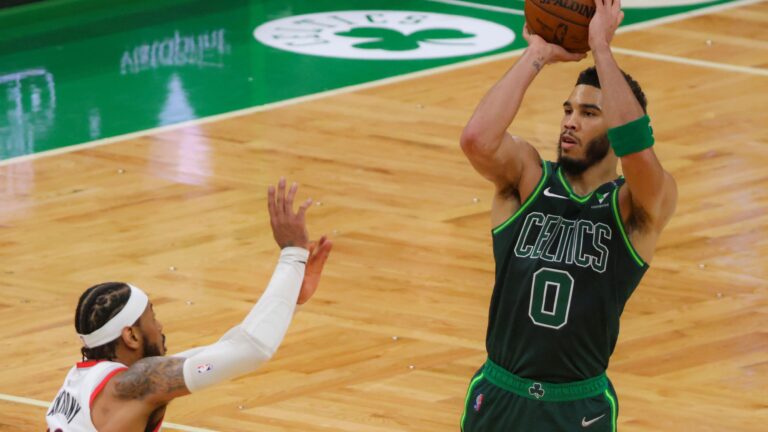