“I wish you a quick recovery brother,” Hayward tweeted to Nurkić in Bosnian. Nurkić grew up in Bosnia before moving to the United States to play in the NBA.

Nurkić sustained compound fractures to his left tibia and fibula in Monday’s game against the Brooklyn Nets.

Nurkic recorded 32 points, 16 rebounds, and 5 assists in Monday’s game before sustaining the injury while battling for a rebound with 2:22 to play in the second overtime. He was removed on a stretcher, his leg immobilized before the Trail Blazers ultimately outlasted the Nets 148-144.

Portland’s Jusuf Nurkic is carted off the court after suffering a gruesome left leg injury. pic.twitter.com/xMbP54Qk7E

Hayward’s show of support for Nurkić comes as the 29-year-old Celtics forward finishes his first season back after sustaining a fractured ankle during the first game of last season, causing him to miss the entirety of the 2017-2018 NBA season.

Hayward acknowledged in January that he was still regaining confidence in his physical abilities midway through the Celtics’ season.

Paul George, another NBA player who missed a full season due to a similar leg injury to Nurkić’s in 2014, told the Boston Globe in February that doctors told him it would take two to three years to fully recover.

The Trail Blazers confirmed Tuesday that there is no timetable for Nurkić’s return as of yet. 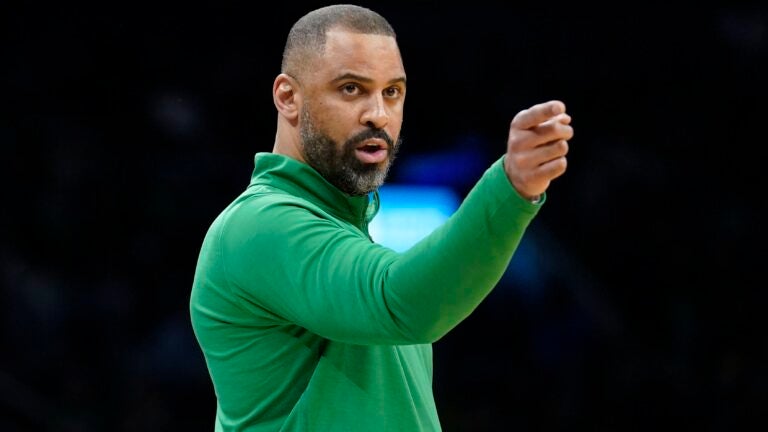