Celtics shooting guard Marcus Smart is making progress after suffering a partially torn oblique muscle, but his return to the court still seems a ways away.

“Today was my first day being able to walk without grimacing in pain,” Smart told reporters Tuesday afternoon after practice at the Auerbach Center. “It still hurts real bad for me to laugh, to cough, [and] to sneeze.”

Smart, who suffered the injury in the third quarter of the team’s penultimate regular-season game, likened the pain to getting stabbed with a knife. He said he required assistance for basic movements, like standing up, for four or five days immediately following the injury.

Everyday activities are becoming easier for him, but walking, and even breathing, more fluidly is still at the top of his checklist before entertaining an earlier-than-expected comeback.

Much of Smart’s recovery currently consists of pool exercises because being in water alleviates some of the pressure on his body. And in that environment, he said he still moves very gingerly. Smart said he’s also been getting treatment around his hip bone to try and loosen up the area.

“Unfortunately, with this injury, there’s nothing really that anybody can do,” he said. “Just kind of got to let your body heal itself.”

“It’s going to be a while,” added coach Brad Stevens, who noted he hasn’t requested an updated timeline since the team’s original announcement that Smart would likely be out at least four weeks.

Smart said he’s sticking to the doctor’s initial projections but hopes to start jogging within the next two weeks. The current goal is to establish a comfort level with everyday activities so that he can advance to basketball.

“The progress is moving the right way,” he said. “That’s all you can ask for.”

A member of the starting lineup since late November, Smart had missed just one game this season before suffering the injury. He was not on the bench Sunday for Game 1 against the Indiana Pacers but plans to be for Game 2 on Wednesday.

While he can’t be on the floor with his teammates, he said he’s still trying to stay involved by offering any tips and pointers that he can — particularly on the defensive end, where he often shines. He said Kyrie Irving and Gordon Hayward, who both experienced season-ending injuries last year, have been “huge” in telling him that he’s not alone.

“Just really showering me with love and encouragement,” he said. “Obviously, they’re devastated that I’m not out there and things like that, but they’re keeping me in my right mind.” 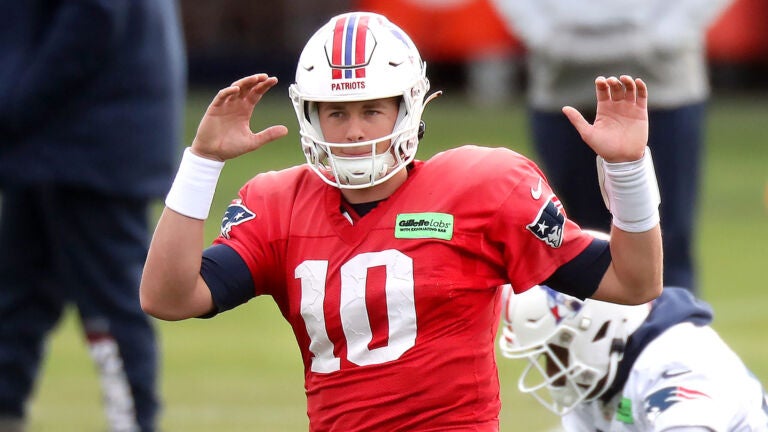