The Red Sox went back-to-back in the 9th inning:

Only right that we go back-to-back in Drake’s hometown. pic.twitter.com/ipJOf3I9zY

The latest report on Kyrie Irving: ESPN insider Brian Windhorst was asked on Monday where he thought the Lakers stood in the potential pursuit of Kyrie Irving during the NBA offseason.

Windhorst began by placing it in context of the recent news from the Los Angeles franchise: Magic Johnson’s departure and subsequent airing of grievances.

“Guess who watches ‘First Take’ all the time?” Windhorst said. “Kyrie Irving. Guess who’s all over social media, saw all these clips? You can bet Kevin Durant saw it. So this is a huge factor of how free agents evaluate the Lakers franchise.”

Still, Windhorst sees the Lakers as being in the mix for Irving, given his repaired connection with LeBron James.

“If you’d asked me six months ago, I would’ve said the door was closed and locked,” said Windhorst. “That was not going to happen. But over the last few months, there is no doubt that a thawing between Kyrie and LeBron, and Kyrie has become more open to joining the Lakers and has done some research on the organization. That said, with Magic leaving, that was a guy who he felt a great connection to. And with great opportunities in Brooklyn and New York, plus with Boston trying to keep him, I think the Lakers are lower on his list, but they’re on his list. And that gives them a fighting chance. Boston has got to still be worried about the Lakers in the Kyrie pursuit.”

Trivia: If St. Louis wins tonight’s Game 6 of the Western Conference Finals, the Blues will advance to the team’s first Stanley Cup Finals since 1970 (when the Blues lost to the Bruins on Bobby Orr’s leap). Who coached St. Louis in that series? (Check the bottom of the article for the answer).

Hint: He would retire from coaching in 2002 after winning the Stanley Cup.

Ndamukong Suh was in the area, but not to visit the Patriots:

Suh is in Boston. My understanding is it has nothing to do with the #Patriots. pic.twitter.com/K82f0ZH2Yh

Comfortable under the bright lights:

Here’s the supercut of Eduardo Nunez laughing we were all waiting for:

Them: Can you be serious for one second?
Me: ??? pic.twitter.com/CQ0EmxtfQp

The Warriors are now 5-0 since this:

On this day: In 1943, the Chicago White Sox defeated the Washington Senators 1-0 in a nine-inning game that took just 1 hour, 29 minutes. White Sox pitcher Johnny Humphries pitched a three-hit shutout, and also scored the game’s only run. Somehow, this wasn’t actually the shortest nine-inning game ever.

Daily highlight: Damian Lillard lost in the end, but this remains a worthy highlight. 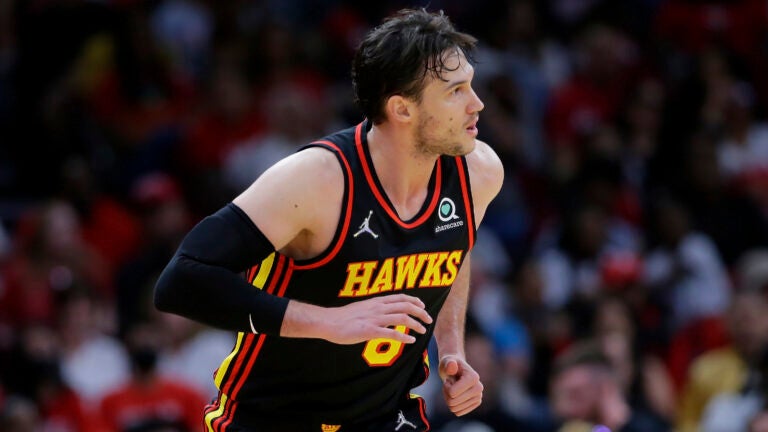