Despite the persisting questions around CBD products, Paul Pierce is convinced about their potential benefits.

Short for cannabidiol, CBD is a non-psychoactive — and increasingly popular — cannabis plant extract that can be used to treat ailments from mental stress to muscle pain, according to its proponents. Pierce is one of them. And now he’s putting his name — and nickname — behind it.

The retired Celtics star and ESPN basketball analyst is launching his own line of hemp-derived CBD targeted toward fellow athletes called The Truth CBD Remedies, according to a press release Tuesday. In addition to the vape pen business he co-founded last fall, the new cartridge line was created to offer fellow athletes a product they can “fully trust,” according to Pierce, who is named as the CEO of the CBD company.

“I’m passionate about making sure athletes have support before, during and after the main event,” he said in a statement.

Unlike the cannabinoid tetrahydrocannabinol (THC), CBD itself doesn’t get users high. Instead, CBD companies and some health professionals say the cannabis extract — which can be derived from both hemp and marijuana — acts on brain receptors in a way that can relieve a wide range of mental and physical ailments.

However, experts say more research is needed on CBD; so far, it has only been proven to effectively treat epilepsy. Other purported health benefits remain anecdotal. And following the federal legalization of hemp this past December, government officials are just beginning to grapple with how to regulate the CBD market.

Still, the industry has exploded in recent years, with CBD sales tripling between 2014 and 2017 (and forecasted to increase another threefold by 2022), as companies peddle a wide-range of CBD-infused products, from lotions to beverages to burgers.

While a 2018 study in the Clinical Journal of Sport Medicine found “no direct evidence of performance-enhancing effects” for athletes using cannabis, it did say there was “limited but promising” signs that it could be used for chronic pain management. Pierce envisions his branded cartridges being vaped by athletes to decrease muscle soreness after a workout.

“There is a lot of noise in the CBD market,” he said. “The Truth CBD Remedies, in partnership with Eaze Wellness and Vesper, is about getting high-quality products into the hands of people that care deeply about their well-being.”

Pierce’s “The Truth” line and aforementioned vaporizer, Vesper, will be sold exclusively on Eaze Wellness, an online CBD marketplace that ships to customers over 21 years old in 42 states and Washington, D.C. Prahar Shah, Eaze’s vice president of business development, says the former basketball star’s outspoken advocacy and involvement in the CBD industry is an example of how the “conversation around cannabis and sports has fundamentally changed” as the professional sports world continues to warm toward the substance.

“Paul Pierce isn’t just any athlete,” Shah said. “He is one of the most celebrated and recognized Boston Celtics players ever, and his embrace of CBD shows just how much the industry has changed. His products are one-of-a-kind and we are delighted to be the exclusive home of The Truth.” 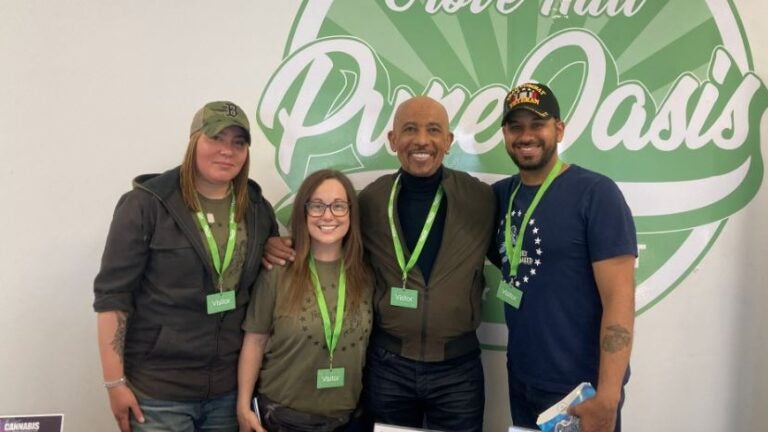