And the Red Sox rallied from an early 6-1 deficit to beat the Rangers, 7-6.

How Wyc Grousbeck views the upcoming offseason for the Celtics: Celtics co-owner and CEO Wyc Grousbeck compared the impending NBA offseason to a past fault line in team history: the summer of 2007.

“This is the most uncertain offseason since 2007,” Grousbeck told Mark Murphy of The Boston Herald in a recent interview. The callback to 2007 is a reference to the team assembling the “Big Three” of Paul Pierce, Kevin Garnett, and Ray Allen. Yet it only happened because — as Grousbeck explained to Murphy — the team convinced Pierce to not request a trade away from Boston.

In current circumstances, it’s the future of Kyrie Irving (and the trade possibility of Anthony Davis) that concerns Grousbeck and Celtics management. Irving is reportedly planning to opt out of his contract in Boston and — unlike Pierce in 2007 — signs at the moment point to his departure. The Celtics are plotting some offseason moves of their own.

“There’s definitely scenarios being spun inside the basketball office,” Grousbeck told Murphy. “I’m there every day listening to them, that involve a number of players. I’ve heard a lot of scenarios. We’ll just see what happens.”

Trivia: The NBA draft is less than a week away. Barring a trade, the Celtics have three first-round draft picks. Boston has had a trio of first round picks in three previous drafts (2001, 2004, and 2016). How many of those nine picks can you name?

Mookie Betts talked about his future: During an appearance on Rob Bradford’s “Bradfo Sho,” Mookie Betts — who can become a free agent after the 2020 season — was asked about how he deals with separating business and work.

The Biggio name is back: Cavan Biggio, a 24-year-old rookie with the Blue Jays, hit two home runs on Thursday night in a 12-3 win over the Orioles.

Biggio is the son of Hall of Famer Craig Biggio, who collected 3,060 career hits in his 20 MLB seasons. Jayson Stark, a baseball writer for The Athletic, pointed out that it’s the first time a Biggio has hit multiple home runs in a game since 2006:

Last 2-HR game by a Biggio before last night:

On this day: In 1974, the Angels beat the Red Sox 4-3 in 15 innings as right-hander Nolan Ryan struck out 19 Boston batters over 13 innings. It was a game that would look unrecognizable to fans in 2019, as Ryan’s counterpart (Red Sox starter Luis Tiant) pitched 14.1 innings to top Ryan’s innings total.

Take a knee and watch it fly. pic.twitter.com/Pbryi8VgV5

Also, enjoy a goal from Team USA field hockey at the FIH Series Finals. The Americans fell 2-1 to South Africa in the semifinals.

Team USA has scored some pretty goals so far in the FIH Series Finals ???? 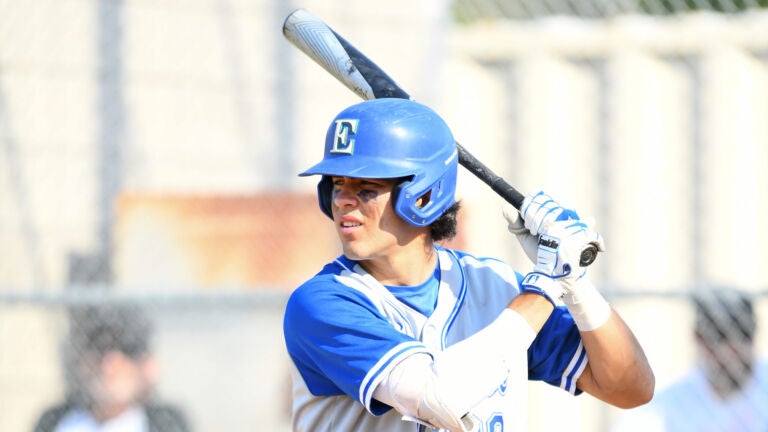