With NBA free agency rumors shaking the sports world, the future of the Celtics is up in the air. They missed out on big man Anthony Davis, who will join LeBron James in LA with the Lakers. Sources told the Boston Herald that Kyrie Irving is preparing to leave and sign with the Brooklyn Nets. Oh, and Al Horford, Marcus Morris and Terry Rozier are all free agents this summer.

So, what’s next for Boston? With the 2019 NBA Draft approaching on June 20th, they have an opportunity at hand with the 14th, 20th, and 22nd draft picks. They could package them to move further up the draft board or to obtain a future first-round pick. They could trade them outright for an established player, or they could keep the picks and build a team around the returners – Jayson Tatum, Gordon Hayward, and Jaylen Brown.

Whatever Danny Ainge’s plan is, it’s looking more and more like youth will be a part of it. Here is what experts are saying about who the Celtics could draft on Thursday: 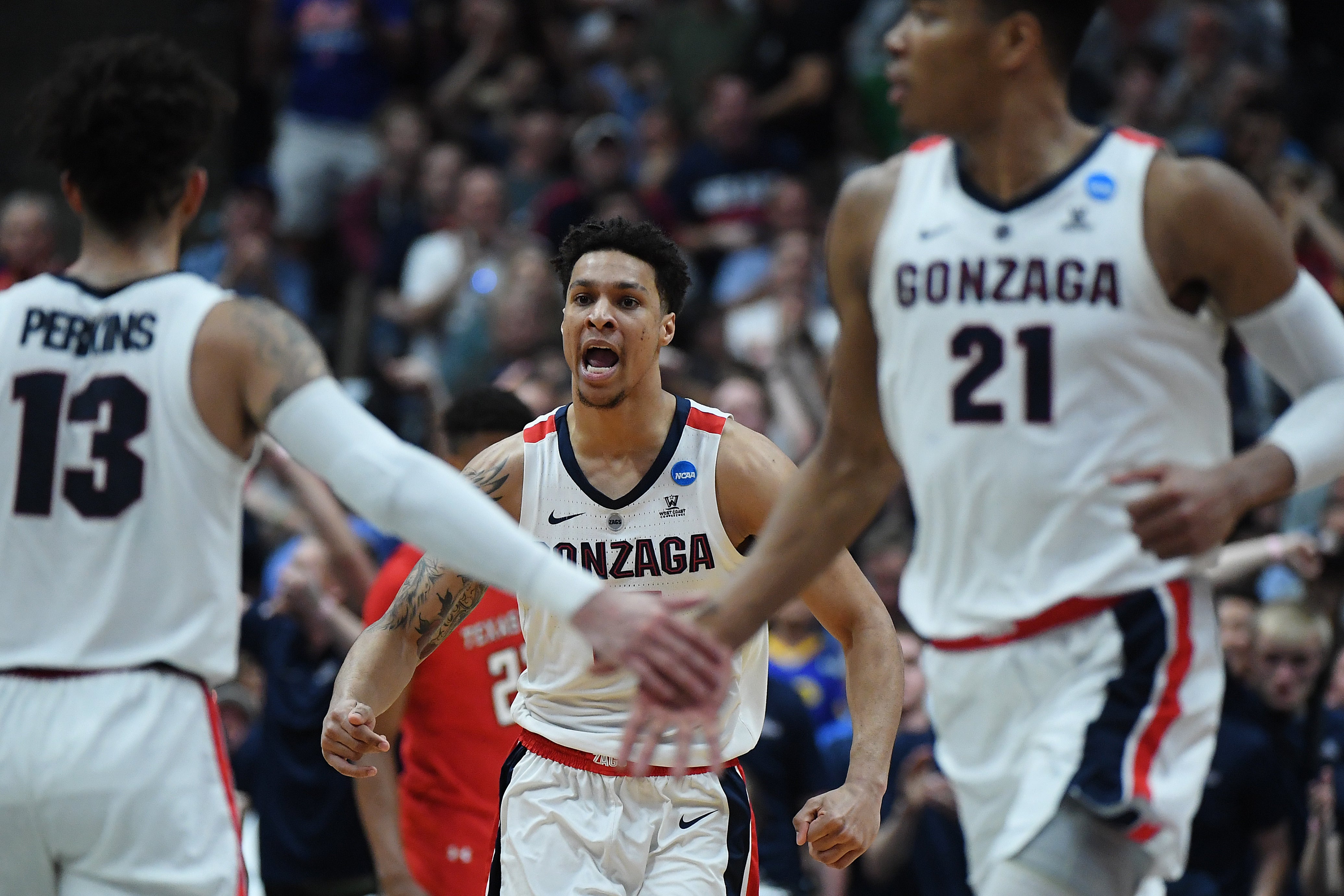 Woj: “Replacement to free-agent Marcus Morris…a player 22 years old can come in and play right now…The only concern is that he’s a little bit one-dimensional at power forward. I don’t see him playing small ball.”

Williams: “I could see Brandon Clarke provide some value…He plays older..He’s a double-double machine, led his league [and team] in blocks. He’s a tough-nosed kid, he understands how to play and he’s a floor spacer: can knock down a three [pointer] from anywhere on the court.” 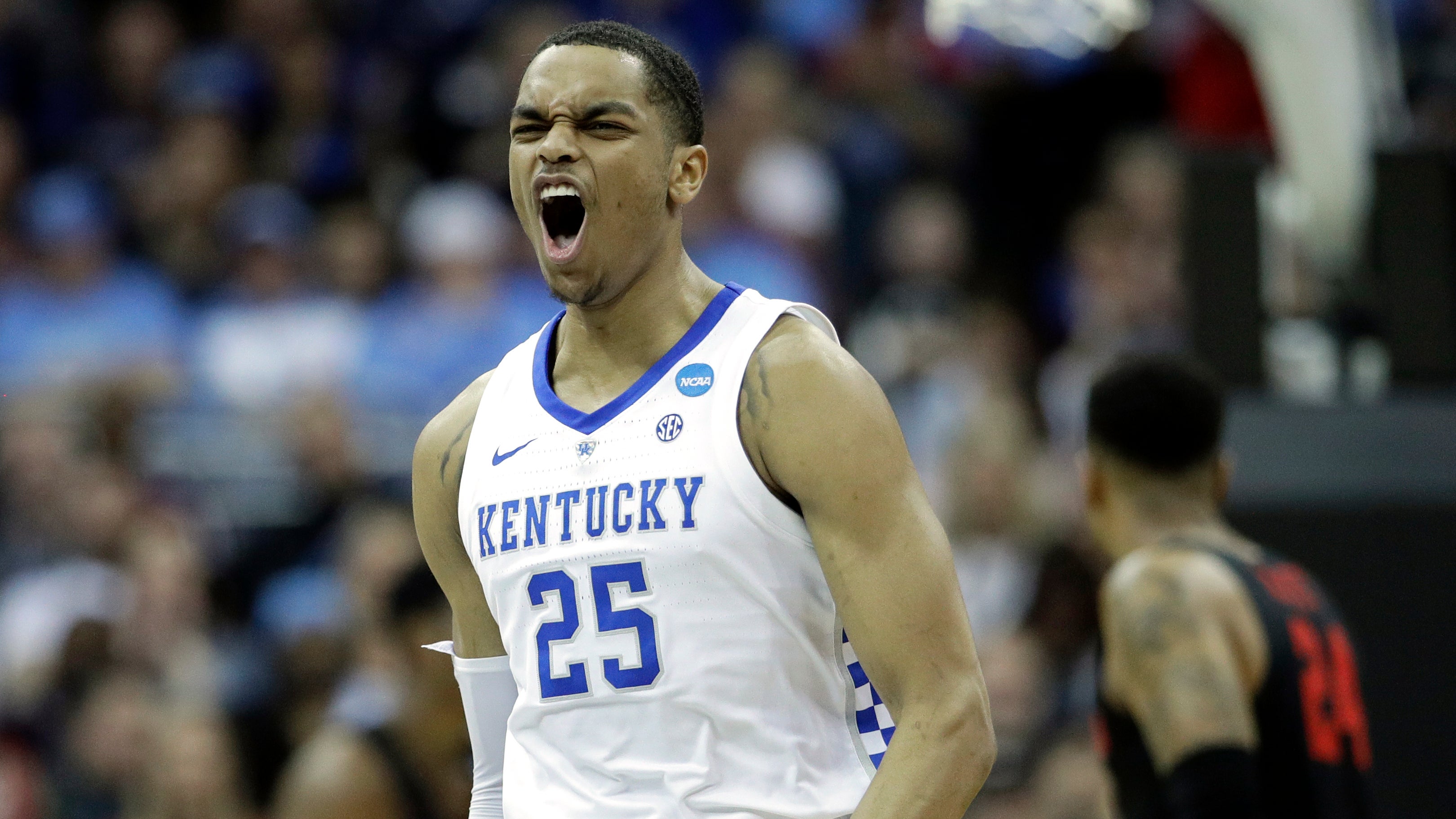 “Strong big man who can rebound and score in a variety of ways; Solid 3-point shooter who shows off NBA range”

“The Boston Celtics could see a position-less prospect in PJ Washington, whose improved conditioning and shooting—plus that 7’2¼” wingspan—might allow head coach Brad Stevens to play him at multiple spots on the floor…Celtics could detect value in the middle of the first round for his high floor and fit.” 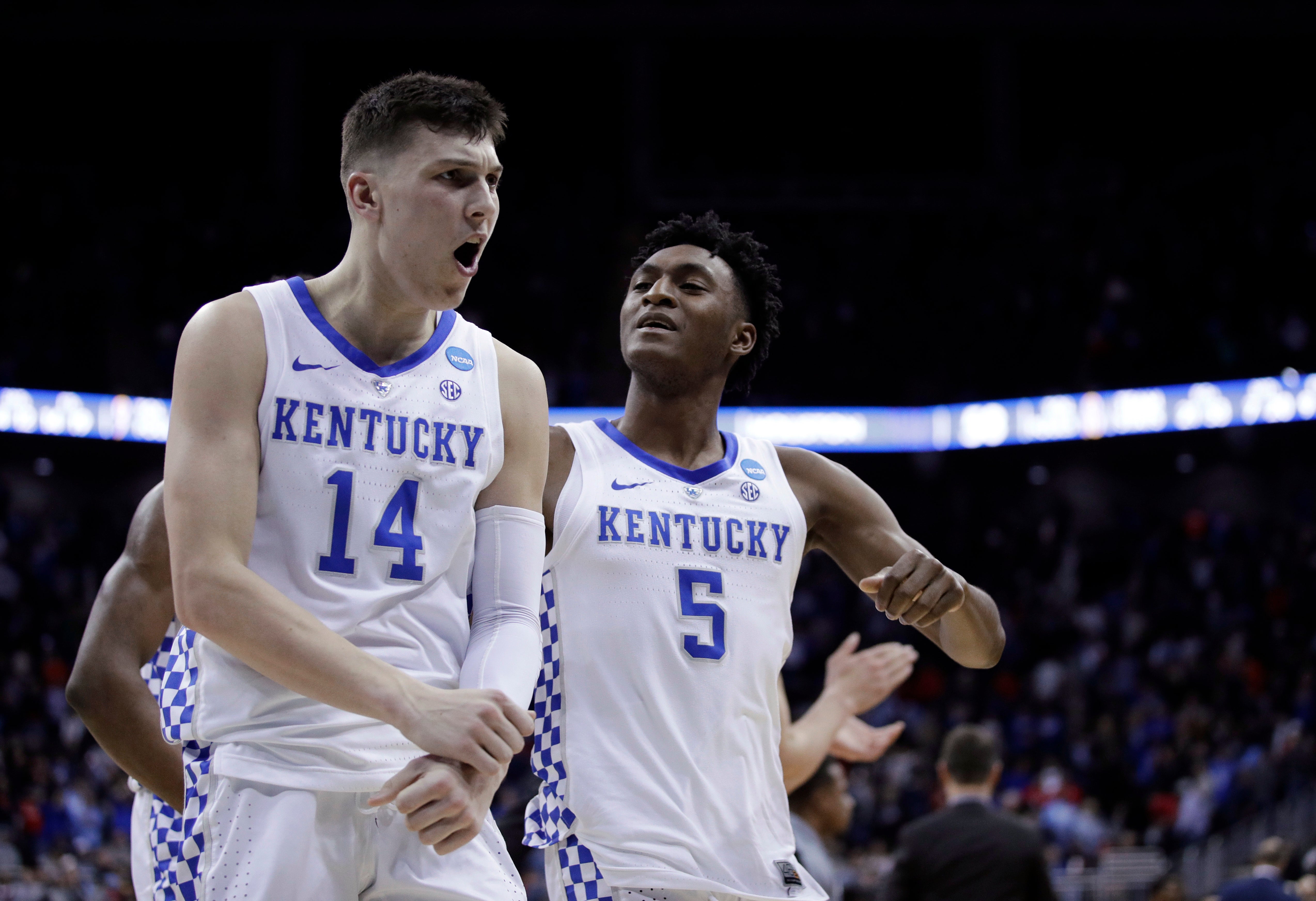 “The Celtics could always use shooters to surround their core scorers, and Herro is bound to wow during workouts with his textbook form and effortless range.” 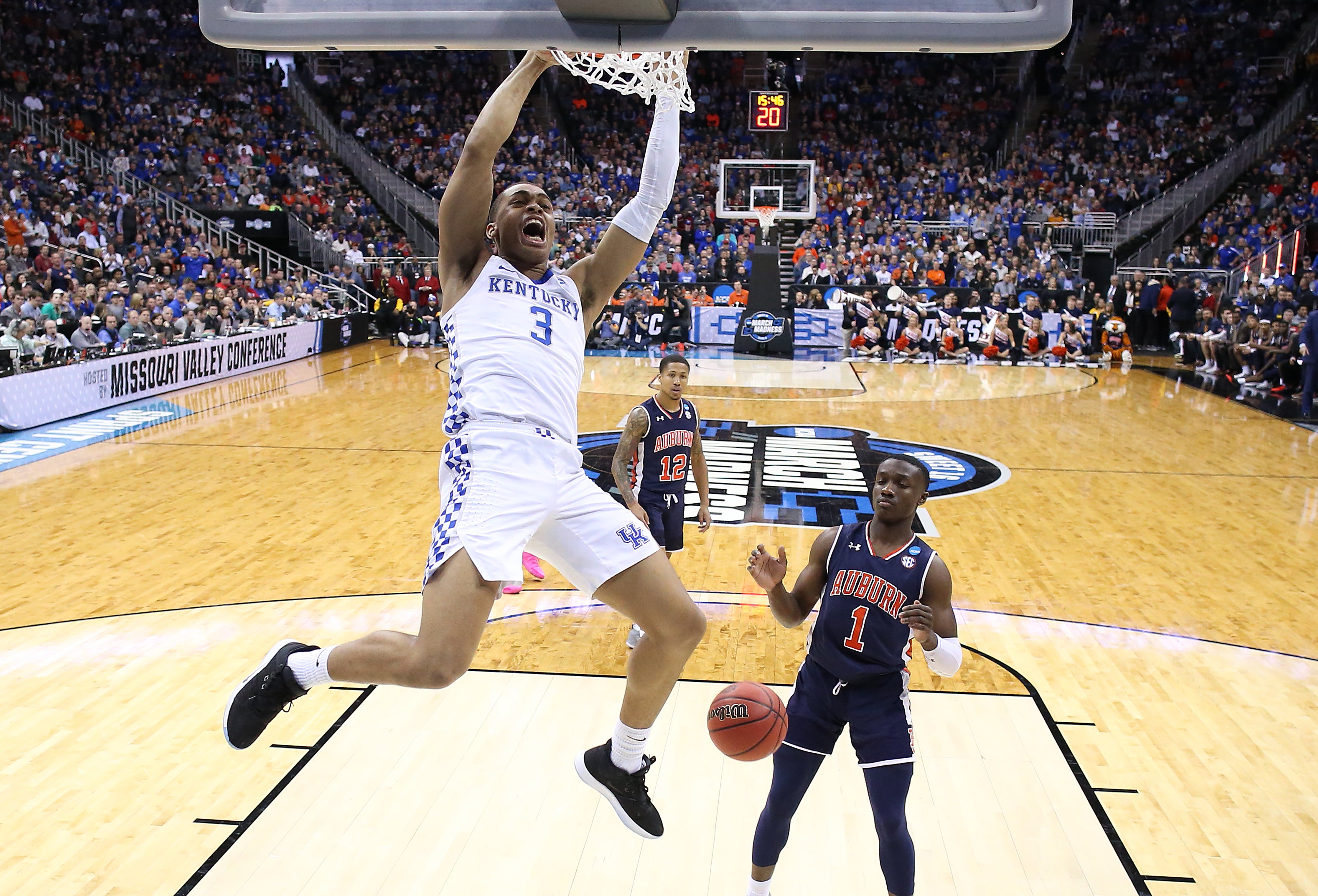 “..Promise tied to his downhill scoring ability, set shots and defensive potential, he figures to earn consideration in the tier that follows the lottery. Even if his ceiling is limited, he’d give Boston a tough competitor—though it’s also possible the Celtics trade their third first-rounder.”

“Bitadze is considered by some to be the best center in the draft…If Boston is thinking best player available at this pick, he’d be a nice option…His impressive productivity as a teenager bodes well, and his size, interior skills, physicality and developing jumper are legit.” 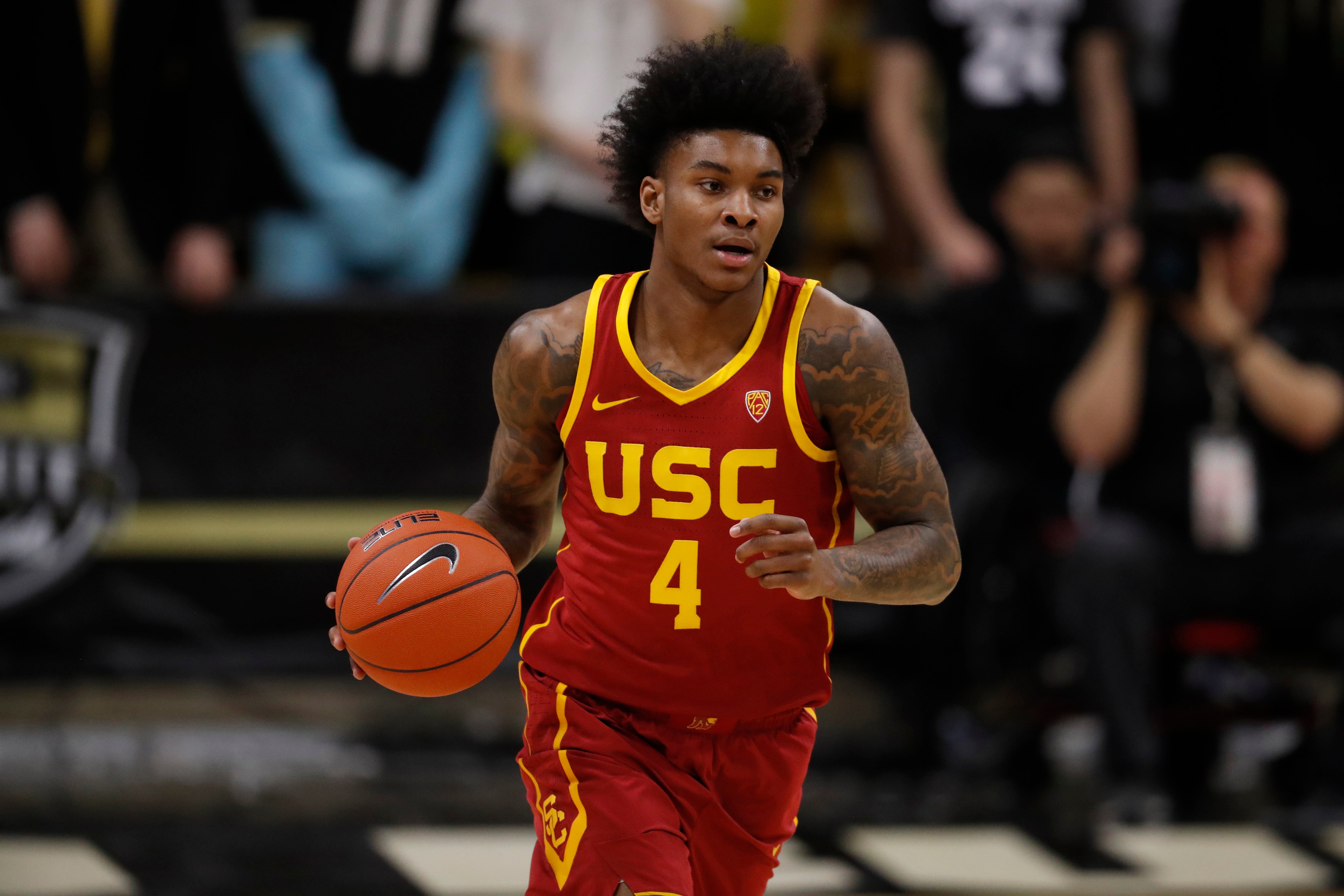 “The Celtics can afford to take a big swing here, with three first-rounders in hand. Porter has a wide variance of outcomes right now, but would be a fascinating risk-reward pick for them here… Boston might have the right type of roster to help insulate his development path early on.” 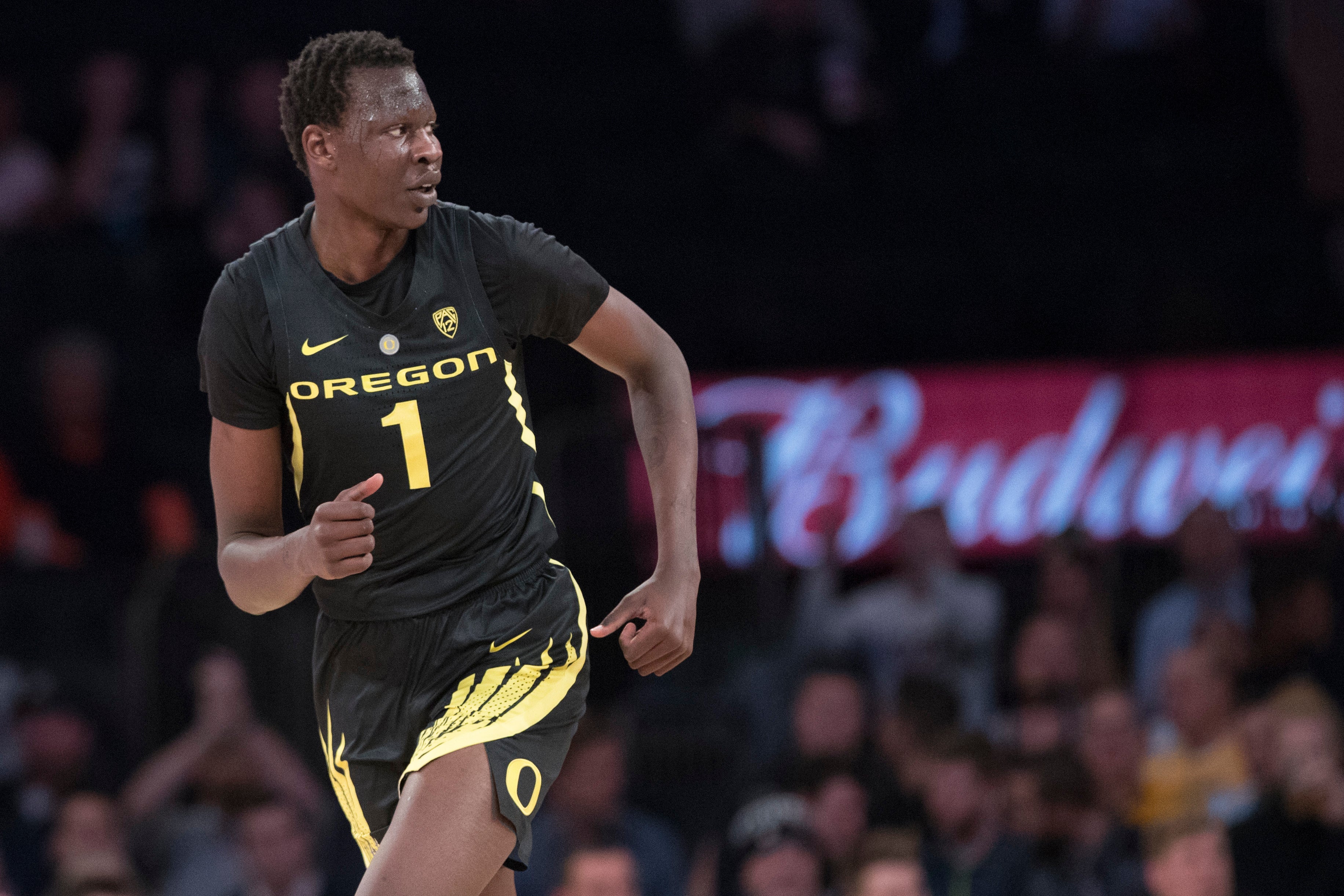 “Ultimately, his landing spot will hinge on who has access to his medical information, and how confident they feel taking the risk. Boston is thought to be an interested party…The upside tied to his three-point shooting and shot-blocking ability remains intriguing.” “Athletic center whose experience playing wide receiver in high school has given him the ideal tools for a rim-running big.” 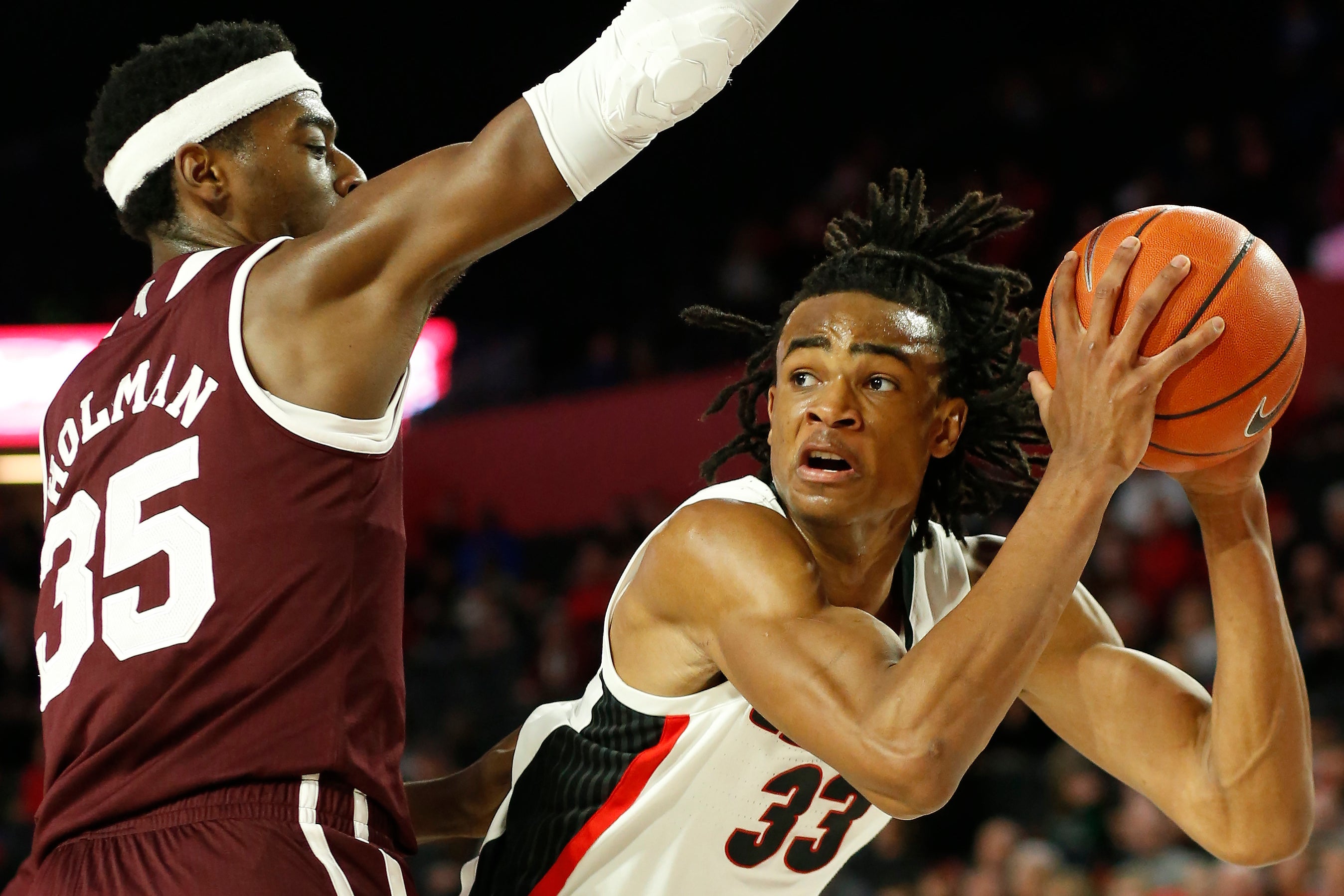 “A tall, lanky center who projects as a super-switchable defender and versatile offensive player—if he develops his jumper….Shades of Al Horford…”

“Strong, stylish scorer who flashes the skills to someday become a star, but needs to put all the pieces together.”

“Herro’s Boston workout in particular got a lot of run for how good it was. His tools and his potential role with Boston as a rookie feel perfect for Danny Ainge and Brad Stevens. Offensively oriented UK players have found moderate-or-better amounts of success as of late in the league. Herro’s got a stern confidence about him that also makes him a desirable prospect in what’s a fairly fluid pool of prospects in the 12-18 range.”

“Could wind up as a suitable No. 4 scoring option in a best-case scenario four or five years down the road. Johnson was Kentucky’s best player the first half of last season, then drifted in and out as his role mutated. He has good size and fills the wing role well. In short: a well-rounded first-rounder.”

“The center is not dead in the NBA. In Bitadze, you have a player who is considered top-three in this draft at his position. He reportedly excelled in limited time in Euroleague and has been a riser on mocks over the past four months. Peek through this mock and you’ll see that there’s fewer international prospects than what we saw even three years ago.” 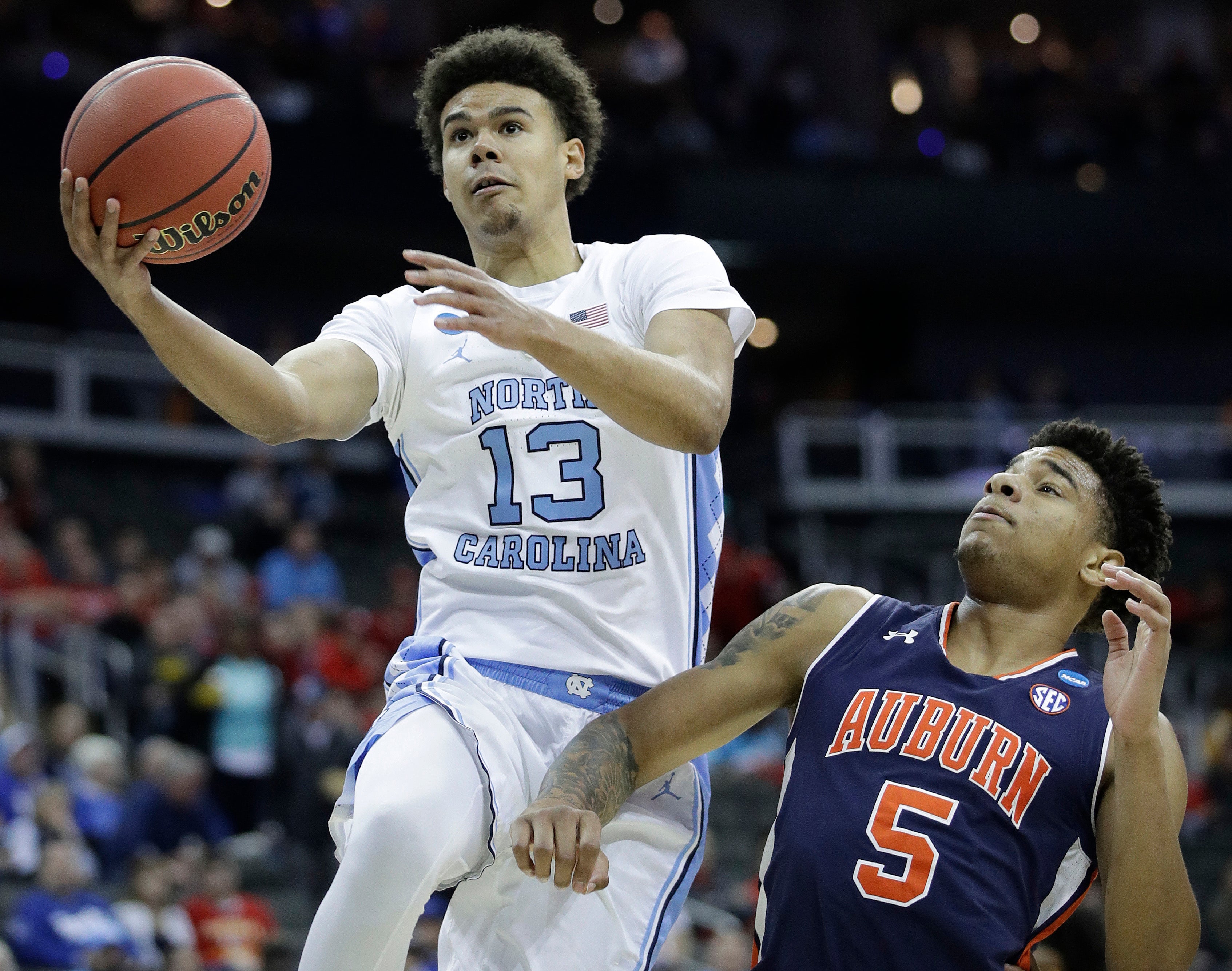 “Excellent shooter from anywhere on the court, and in virtually every situation — spot-up, off hand offs, in transition; beautiful shooting stroke and release; polished, experienced player; can play well off the ball and does little things like cutting, screening, moving well to be a good role player.”

“A walking bucket; excellent shooter; dynamic scorer; quick shooting release, which will translate seamlessly to the NBA; improving finisher with loads of potential as a pull-up shooter; underrated playmaker and passer; constant mover without the ball on offense.” (CBS Sports pick)

“Athletic; plays with high motor; does little things well like crashing the boards, scrapping for loose balls, cutting and moving off ball; good straight-line driver to the basket; potential to be a consistent 3-point shooter off the catch in the NBA.” (CBS Sports pick) 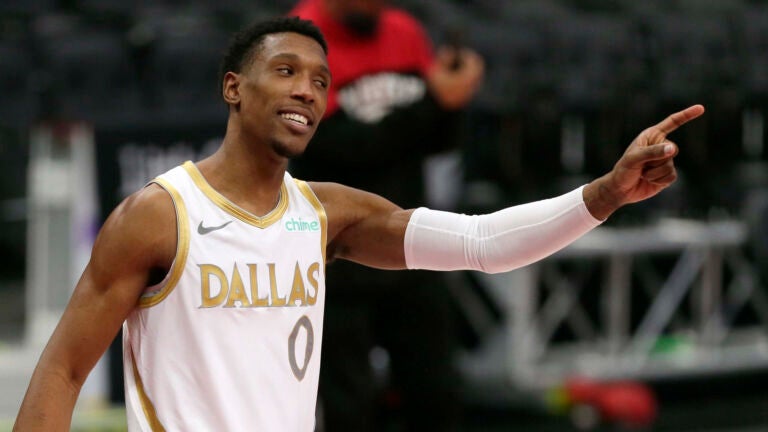