Tremont Waters, the 51st overall pick in the 2019 NBA Draft, has been earning high praise from Celtics coaches throughout summer workouts at the practice facility. However, he has is own praises to give for his new teammate, Kemba Walker.

Waters, a native of New Haven, CT, grew up watching Walker play at the University of Connecticut. Waters was 13 when Walker led the Huskies to an NCAA Championship in 2011 and won the tournament’s Most Outstanding Player award, as a junior.

The Celtics rookie remembers those moments watching Walker play. He told MassLive.com on Tuesday: “I actually have a picture of when he [Walker] was at UConn and I was a fan,” he admitted. “I’m not going to lie, I was definitely a fan. I was cheesing from ear to ear.”

Waters then went on to have his own successful college career at LSU, averaging 15.3 points per game and leading the SEC in average steals and assists. Now that their paths have crossed, he’ll have the chance to learn from his idol at the next level.

“Just knowing that I’m able to learn from him now, obviously (after) watching him growing up, it’s a blessing,” he said. “And I’m all in and ready to learn.”

With NBA Summer League kicking off this week, Waters will have a chance to show what he’s got. 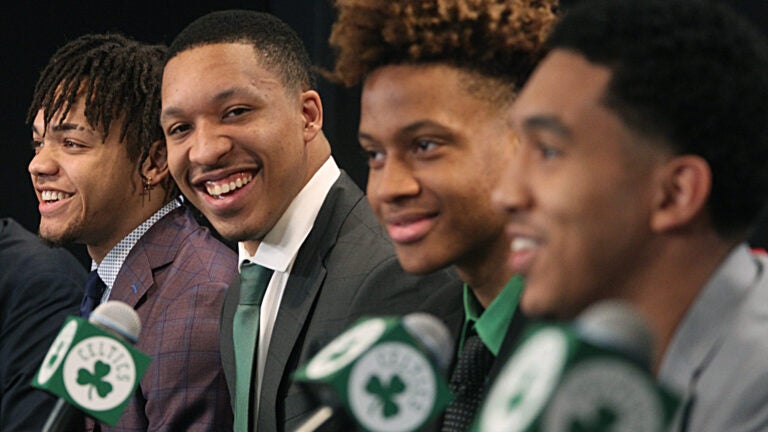 The Celtics released their schedule and roster for NBA Summer League