The Red Sox completed a sweep the Detroit Tigers Sunday with a 6-3 win. The offense delivered: Christian Vasquez’s two-run home run in the second inning gave the Sox a 2-1 lead and was one of nine Boston hits on the day.  David Price allowed one run in five innings to earn his seventh win. This is Boston’s fourth-straight win ahead of the All-Star break.

The United States women’s national soccer team won their second consecutive-World Cup title Sunday in a 2-0 victory against the Netherlands.

Paul Pierce on the state of the Celtics:

While the departures of Kyrie Irving and Al Horford seemed to put the Celtics at a loss, Paul Pierce “never thought they were in a bad position” to begin with. He told the Boston Herald on Sunday:

“You’ve still got a chance to develop the young guys. And I think Kemba Walker is a great pickup. They’re still a threat in the East.”

One issue throughout last season was team chemistry. Pierce believes that the addition of Walker — and the subtraction of Irving — could improve things.

“I mean, talent don’t always win. We’ve seen that plenty of times. It’s about fit.. It’s about how you get along with your teammates and how the chemistry is. And that’s a strength of Kemba’s, so hopefully it’ll work out.”

Critical of Irving, Pierce subliminally hinted at his leadership: “Some people ask for the pressure and some people can deal with it, Some people can’t. We’ll see what happens now, because it looks like he’s [Irving] got pretty much the same thing in Brooklyn, especially now with KD (Kevin Durant) out.”

While he thinks the departure of Horford was a “tough loss,” Pierce believes it was the right move. He called Horford an, “aging player who’s been on the decline,” and thinks the Celtics, “weren’t ready to commit that much money to him, and I probably wouldn’t have either.”

“Coco is terrific”: Coco Gauff is dominating Wimbledon, and her stunning victory on July 5 is earning her high praise from not only Snoop Dog and Serena Williams but her “role model” Michelle Obama. The former First Lady tweeted about the 15-year old after she beat Polona Hercog of Slovenia 3-6, 7-6, and 7-5. 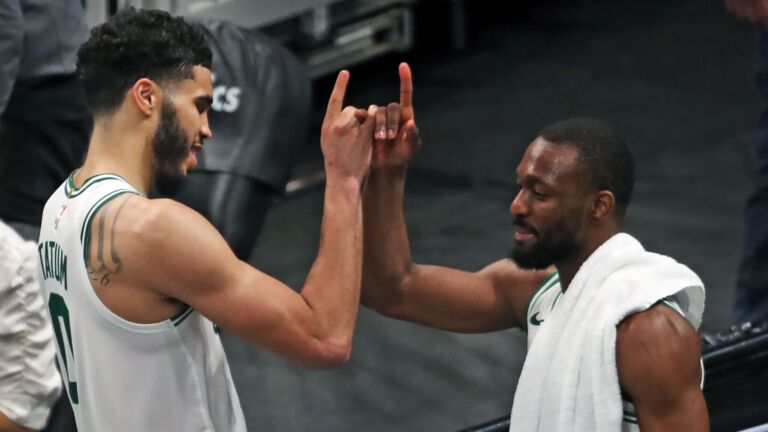