Enes Kanter’s prolific, light-hearted social-media use continued over the weekend — and Boston fans may be particularly interested in a few of the new Celtics big man’s recent posts.

While the Celtics have not announced Kanter’s number for this upcoming season, the 27-year-old former Portland Trail Blazer’s Twitter profile photo shows him in a No. 11 Boston jersey, the same number Kyrie Irving wore. And this weekend, Kanter posted photos on Twitter and Instagram of fans who had altered their Irving jerseys by adding his name.

He called Boston fans “crazy” in his caption and wrote, “This season going to be FUN ?.”

Kanter also posted a video on Sunday of a player at his basketball camp wearing a Kanter-Irving jersey. He approved of the fit, giving the young fan a high five and telling him, “good job.” 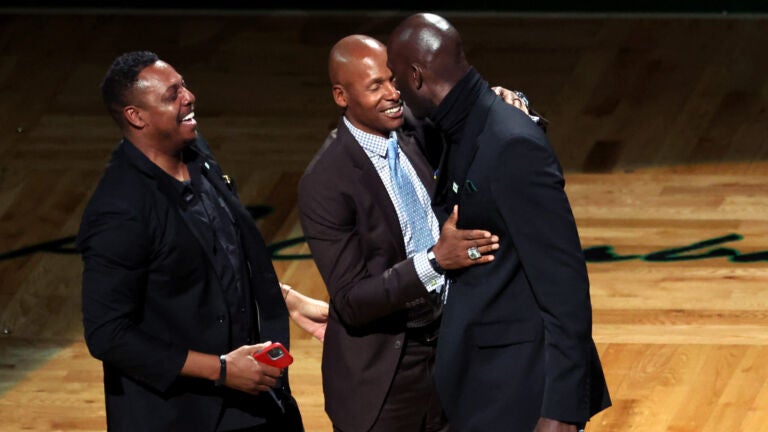 Kevin Garnett made it okay for fans to forgive Ray Allen: 6 takeaways from jersey retirement