With the increasing globalization of the NBA, the Celtics signing a Turkish center was not as notable as it would have been even 20 years ago. Yet the addition of 27-year-old Enes Kanter to Boston’s frontcourt elicited a social media welcome from a Massachusetts senator.

The reason for Senator Ed Markey’s message — delivered via Twitter on Monday evening — pertains to Kanter’s political stance and the subsequent reaction from the Turkish government.

Kanter has been an outspoken critic of Turkish President Recep Tayyip Erdogan and his administration. The consequences for Kanter have been stark at times, including an incident in 2017 when the NBA had to ask the U.S. Department of State for help after the 6-foot-11 center was detained at a Romanian airport.

Here’s an overview of why one of the Celtics’ new signings has been a topic for U.S. legislators, and why his political views have made him an outcast from his home country.

What — and why — did Ed Markey tweet at Enes Kanter?

Kanter signed with the Celtics on July 1 for what’s reportedly a two-year contract worth $10 million, the second year of which is a player option. He joined Boston after leaving the Portland Trail Blazers in free agency.

Sorry to hear my friend @EnesKanter is leaving the @trailblazers for the @celtics but looking forward to working with my Massachusetts colleagues on behalf of this eloquent & brave young man. Enes, we won’t ever forget you in #RipCity.

On Monday, Markey responded to his colleague and welcomed Kanter to Boston:

Massachusetts welcomes @EnesKanter with open arms, @RonWyden. Yet another community will be inspired by his excellence and his advocacy in the face of authoritarian intimidation. @celtics https://t.co/xAI53zdiYC

While it’s common for politicians to actively support their local teams, Wyden and Markey’s tweets both allude to issues that go beyond the basketball court. Kanter has drawn senatorial attention because of the treatment he has received from the Turkish government.

Why does the Turkish government have a hostile view of Kanter?

Kanter, who was born in Switzerland but is Turkish, is a supporter of religious cleric Fethullah Gülen, who is Turkish but is now based in the U.S.

Gülen founded a movement known in Turkey as “Hizmet,” which translates to “service”. It has been described as promoting a tolerant Islam, emphasizing hard work and education. Critics have pointed to its nebulous definition as a group, lack of formal political structure, and lack of transparency.

The movement has an undeniably large following around the world. Kanter attended Gülen-funded schools, which exist in over 100 countries, and has been a vocal proponent of Gülen’s work.

While Kanter was a critic of the Turkish government before 2016, his troubles began that year when Erdogan, the president of Turkey since 2014, blamed Gülen for an attempted coup. The Turkish government then labeled Hizmet (with Gülen as its leader) as a terrorist group.

“It is a crazy claim,” Kanter wrote in a Time magazine piece of Erdogan’s accusation against Gülen. “I was with Gülen in his house in Pennsylvania that night, and he was as shocked and fearful for Turkey as the rest of us. We spent the night praying for our country.”

Kanter was critical of Erdogan’s anti-Gülen stance, leading to direct consequences. In 2017, his Turkish passport was revoked while he was in transit. Kanter was detained in an airport in Bucharest, Romania.

I’m being held at Romanian airport by Police!! pic.twitter.com/uYZMBqKx54

“He is a bad, bad man,” Kanter said of Erdogan while he was being held in the airport terminal. “He is a dictator, and he is the Hitler of our century.”

Eventually, thanks to appeals from the NBA league office and the U.S. State Department, Kanter was allowed to return to New York via London.

Since then, Kanter has maintained his criticism of Erdogan.

How has this affected Kanter’s NBA career?

While he was still a member of the New York Knicks in January 2019, the Turkish government put out an extradition request for Kanter and sought an Interpol red notice for his arrest. The formal charge against Kanter was association with a terrorist group.

The timing coincided with a Knicks game in London against the Washington Wizards, which Kanter skipped due to safety concerns.

“Erdogan’s long arms are everywhere, so that’s why I didn’t really feel safe to go to London,” Kanter explained. He’s said he’s also weary of traveling to Canada, or any games outside the U.S.

“Sometimes you have to pay the price,” Kanter said of intentionally avoiding a game in Toronto earlier in 2019. “But it’s definitely sad. We obviously just won four [road games] in a row, and I just want to keep growing with this team because it’s been an amazing experience. And, obviously, the Toronto game is one of our most important games. Just because of the one dictator I can’t go out there and do my job. It’s pretty sad.”

In February, Kanter was waived by the Knicks and signed with the Trail Blazers, helping the team make a playoff run. When Portland made it to the Western Conference Finals, the games were not shown on television in Turkey due to Kanter’s involvement.

Shortly after arriving in Portland, Wyden, a Democrat from Oregon, gave a speech on U.S. Senate floor supporting Kanter in his struggle against the Turkish government:

“It just means a lot to see your senator that supports you like that,” Kanter said. “That shows what kind of a guy he is, that he’s standing up for human rights, democracy, and freedom, freedom of speech.”

Kanter was also happy to have Markey’s support, replying to the senator’s tweet:

Such an honor to get welcomed by another great community and leader @SenMarkey
Thank you for upholding American values and standing up for Democracy and Human Rights.
I hope to make the state proud!
☘️? https://t.co/zwJcAQJWV5

While Kanter will likely continue skipping foreign games, including versus the Raptors in Toronto, he’s at peace with his decision.

“It helps put a spotlight on how a dictator is wrecking Turkey,” Kanter wrote in a Washington Post editorial in January. “People have been killed, thousands are unjustly imprisoned, and countless lives have been ruined. That is no game.” 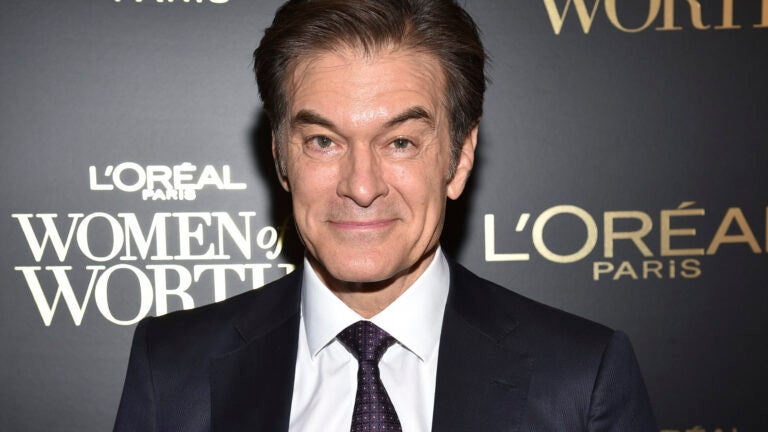