ORLANDO — Celtics forward Gordon Hayward said Chinese shoe manufacturer Anta reached out to him this week to stress that the escalating turmoil between the NBA and China will not affect Hayward’s endorsement deal with the company.

“They were like, ‘Hey, our relationship stays the same,’’’ Hayward told the Globe on Friday. “So that’s kind of what I know about it, and they’ve been nothing but good to me.’’

Reuters reported this week that Anta said it is halting its contract renewal negotiations with the NBA. Hayward agreed to a four-year shoe and apparel deal with Anta in 2018 and traveled to China with his family last summer for a promotional tour. He said he had not been contacted by the NBA about the situation.

Hayward is among a handful of NBA players with Anta endorsement deals, including Warriors superstar Klay Thompson.

The NBA initially put out a statement that was critical of Morey’s tweet, but as backlash in the U.S. mounted a day later, Adam Silver defended the free speech rights of Morey and other members of the league. That response sparked outrage in China, with many league sponsorship partners there quickly severing ties and Chinese broadcasters threatening not to show NBA games this season.

Bob Ryan: Business with China has ramifications. Did the NBA know what it was doing?

“I haven’t followed everything about it,’’ Hayward said. “I kind of have an understanding of what’s going on. I think it’s a complicated issue. I know my relationship with them, with Anta, hasn’t changed. I have a great relationship with them. They’ve been really good to me, and after going to China I had a great time and the people there were super nice to me and my family, so that’s kind of all I know about the situation.’’

While there was some concern that the preseason game between the Nets and Lakers in Shanghai on Friday would be postponed, it went on as scheduled, although teams did not take part in media interviews before or after the game.

Related: Adam Silver understands the NBA’s play in China comes with a price

Hayward said he would continue to keep tabs on the situation in China, but that his primary focus is elsewhere.

“It’s not something I’m honestly too worried about,’’ he said. “I’m trying to get ready for the season.’’ 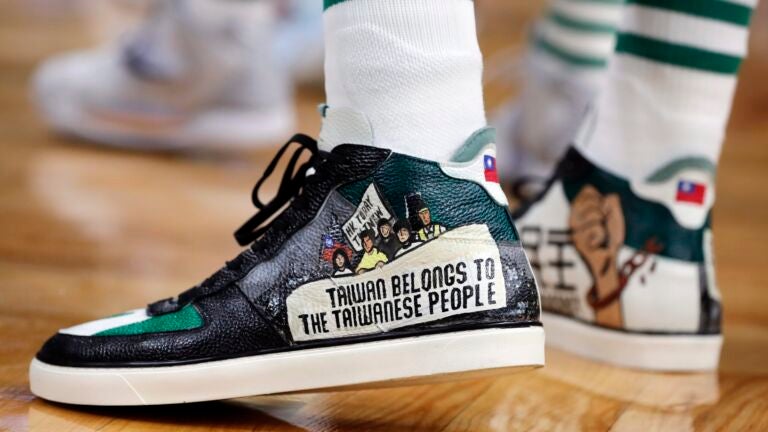