“It’s his birthday outfit,’’ teammate Marcus Smart said. “I like it.’’

All players in attendance were dressed to the nines, with Smart rocking a purple velvet blazer, 7-foot-5 Tacko Fall sporting a turtleneck under his custom-made suit, and forward Jaylen Brown donning a suit he said he designed himself. But Poirier’s eye-catching ensemble was front and center at the start of the program when rookie Grant Williams led the room in a round of “Happy Birthday!’’ to serenade the newly minted 26-year-old. The pitchy rendition kicked off a night dedicated to celebrating the team ahead of the upcoming NBA season. 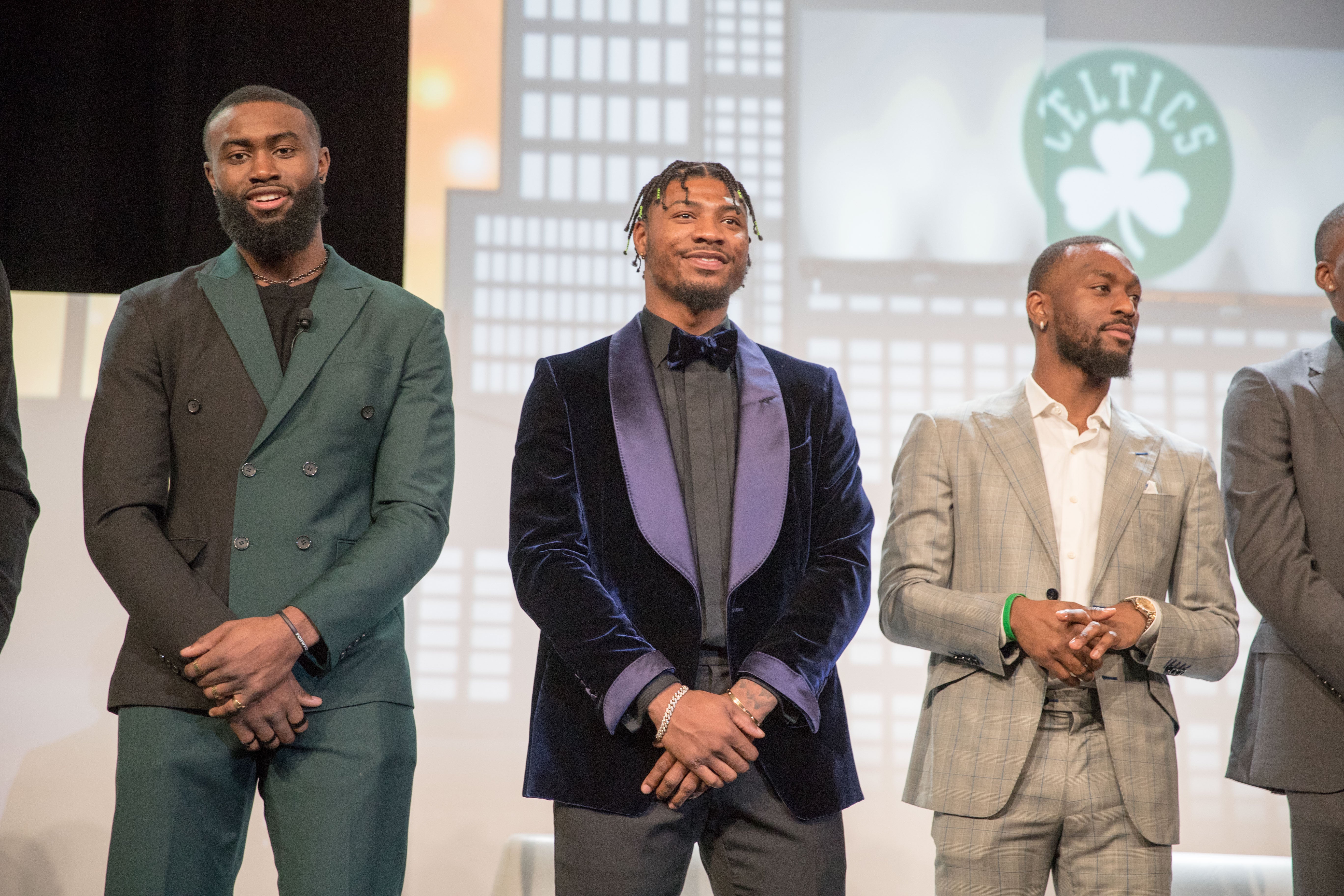 Mingling guests sampled three varieties of Cincoro Tequila, the tasty new spirit developed in part by Celtics lead governor Wyc Grousbeck and his wife, Emilia Fazzalari. Celtics play-by-play broadcaster Mike Gorman served as the emcee for the evening, which featured an address from co-owner Steve Pagliuca and two panel discussions. Forward Semi Ojeleye was honored as the Community Champion, an award presented to the player who displays continuous and dedicated service to the community.

In a thoughtful acceptance speech, Ojeleye explained when he recognized pursuing a career in basketball involved more than just playing the game. Ojeleye, who the Celtics drafted 37th overall in 2017, started his collegiate career at Duke before transferring to Southern Methodist University in search of a larger role. He didn’t play immediately, however, because of a redshirt season. “I was like, ‘Man, I feel like nothing. I have no purpose. I have no desire to do anything,’ ’’ Ojeleye said. “I was depressed, sweating at night, like, I messed up. I was sitting down wondering, ‘Why am I even here?’ Because I feel like without basketball, I’m really nobody. That’s when I realized it’s not about the basketball.’’

Thursday’s gala raised over $1 million for the Shamrock Foundation. Three guests bid $25,000 for the opportunity to host a birthday party at the Auerbach Center, the team’s sparkling new practice facility. Among the silent auction items was one of Fall’s size 22 shoes. All money raised will go to local charities.

“We’ve given $10 million to kids over 15 years,’’ Pagliuca said. “We’re very proud of the team and the ownership group that’s put this [event] on year after year for our fan base.’’ 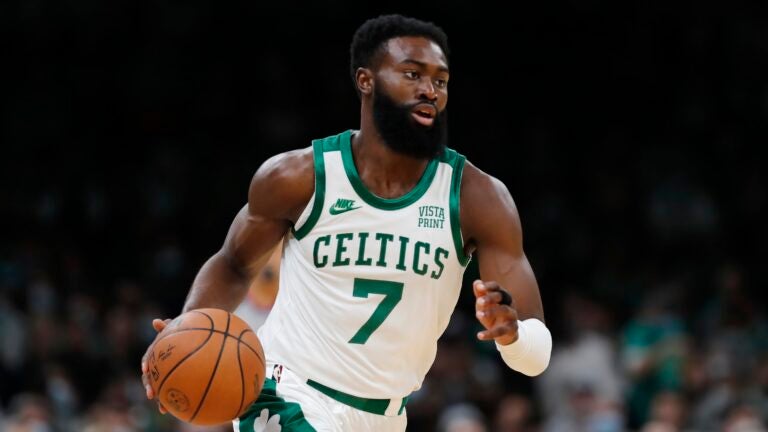 ‘Instead of playing one game, it kind of feels like I’ve played three’: Jaylen Brown detailed his post-COVID struggles