Celtics fans in TD Garden don’t have to look very far to be reminded of the team’s historic NBA dominance. All they need to do is look up.

Not only are 17 championship banners hanging in the rafters, but also the banners displaying 22 numbers and a nickname. Each of the numbers is retired, having been worn by a past Celtic great.

In fact, the Celtics potentially have a problem of not being able to provide enough normal numbers for players. Of the jersey numbers ranging from 1-25, 16 are unavailable because they’re hanging in the rafters.

Celtics president of basketball operations Danny Ainge is aware of the unusual problem, and how it might even affect the team’s pursuit of free agents.

“I think the number selection could become a deal,” Ainge told Steve Bulpett of the Boston Herald. “It never has, but it could.”

During the failed pursuit of free agent Kevin Durant in 2016, Ainge found a way around the retired jersey issue. Durant’s preferred number, 35, had been retired following the tragic death of Reggie Lewis in 1993.

“I remember that when we were recruiting and visiting with KD that Reggie Lewis’ wife was a hundred percent wanting KD to wear Reggie’s No. 35,” Ainge told Bulpett.

Still, the permanent retirement of numbers is an issue that Ainge has looked into.

“I brought it up, but I never followed up,” Ainge explained. “It’s not really been anything anyone else has thought about as much as I have — and that might have been a year ago or two years ago. 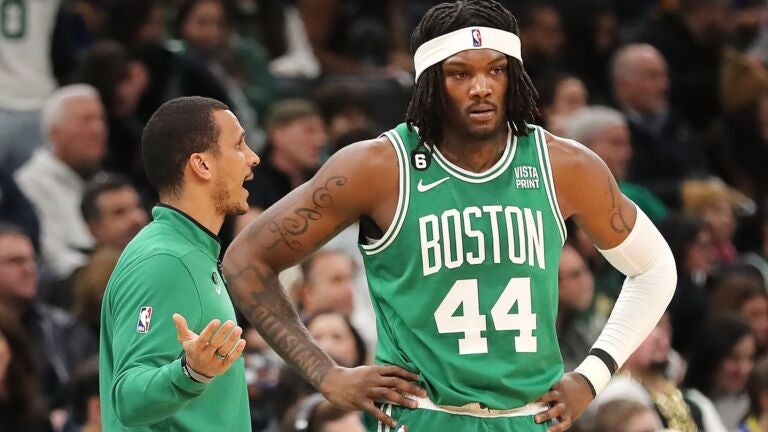