Bill Russell is ready to accept the most prestigious title a basketball player can earn: Hall of Famer.

The Celtics legend said on Twitter on Friday that he received his Hall of Fame ring in a private ceremony. Russell was selected for the Basketball Hall of Fame in 1975. However, he did not attend the induction ceremony.

Russell tweeted that he refused to be the first black player to go into the Basketball Hall of Fame.

“I felt others before me should have that honor. Good to see progress,” Russell said in a tweet on Friday.

In a private ceremony w/my wife & close friends A.Mourning @AnnMeyers @billwalton & others I accepted my #HOF ring. In ‘75 I refused being the 1st black player to go into the @Hoophall I felt others before me should have that honor. Good to see progress; ChuckCooperHOF19 @NBA pic.twitter.com/2FI5U7ThTg

Former Celtics forward Chuck Cooper was mentioned in Russell’s tweet. Cooper was the first African-American player drafted in NBA history when the Celtics drafted him in the second round of the 1950 NBA Draft. He was inducted into the Basketball Hall of Fame in September.

Russell is one of the most decorated players in NBA history, winning 11 championships and five MVP awards over his 13-year career. 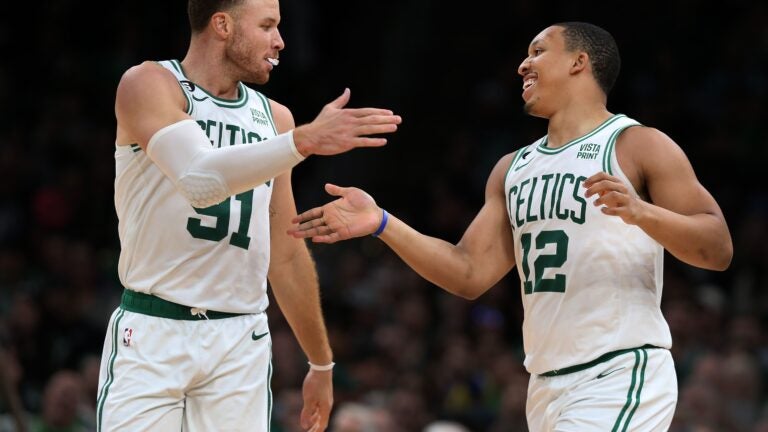