In the second quarter of Friday night’s Red Claws home opener, Langford, on a G-League assignment, twisted his right ankle and did not return to the floor. Defending shooting guard Brian Bowen II of the Fort Wayne Mad Ants, Langford went down near the basket stanchion after landing awkwardly on his right foot. He immediately grabbed his right ankle before hopping up and limping off the court to the locker room.

The Red Claws later announced Langford suffered “an ankle injury” — he called it “a little sprain” after the game —and would be out for the remainder of the contest. After his team’s 103-100 victory, coach Darren Erman did not have an update on Langford or his availability. The Red Claws host the Raptors 905 Sunday afternoon.

The injury bug has plagued Langford since he was drafted 14th overall in June. The 20-year-old was sidelined for all of Summer League, as he recovered from surgery that repaired a torn ligament in his thumb. Once training camp began, he tweaked his groin during pre-practice work, which kept him out of live action. After getting cleared, he suffered a right knee sprain in Boston’s third preseason game and has since been on and off the injury report.

Langford’s only playing time with the Celtics this season was 14 seconds to close out their 116-105 win over the Milwaukee Bucks. He has been inactive for seven of Boston’s 11 games. 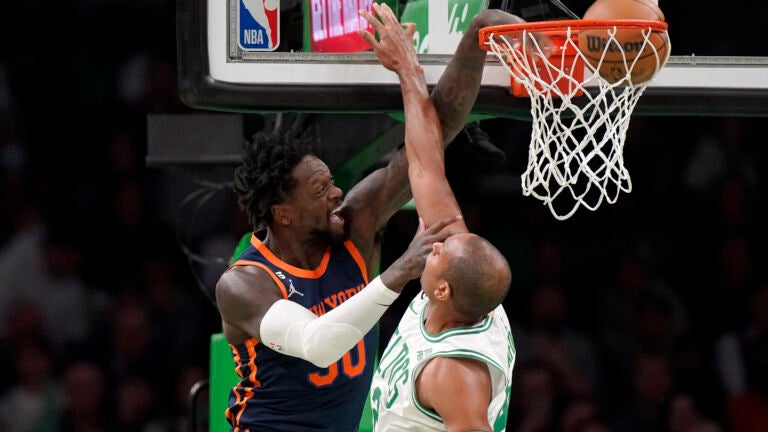