Kemba Walker finally did it. He finally defeated LeBron James.

The three-time All-Star was 0-28 in his career in his team’s games against James entering Monday night’s Lakers-Celtics matchup.

That changed Monday after the Celtics’ 139-107 win. Walker scored 20 points in the win and improved his all-time record against James to 1-28.

Walker was happy to finally get the monkey off his back.

“No question,” Walker said with a smile when asked if it was great to finally beat James. “He’s beaten a lot of people. I bet you there’s not a lot of guys that have a winning record against LeBron James.”

Walker downplayed the singular win and recognized that he’s still just 1-28 against James in his career.

All 28 of those losses came during Walker’s time in Charlotte with the Hornets.

Walker said that if there were any player he’d want to have a losing streak like this against, it would be James.

“I have the utmost respect for LeBron and, you know, he’s one of the greatest players of all time,” Walker said. “ If there’s (a guy) I couldn’t beat, it’d be him. He’s such a great player and has done so much in this league. He’s been so far. It just feels good to win.”

If the Celtics had lost on Monday night, Walker would’ve been one game away from tying a historic mark.

Walker’s 0-28 record against James was the second-longest winless record of one player against another player in NBA history. Sherman Douglas holds the record with an 0-30 record against Michael Jordan in his career, according to ESPN Stats & Information.

Luckily for Walker, he will not be making history. 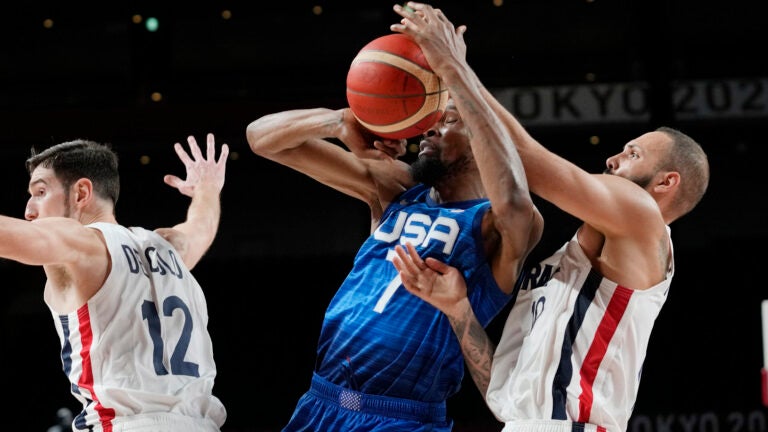