Not all acts of kindness go unnoticed, even if it takes years to recognize them.

Tirico, who was calling the game for ESPN, recalled how Hayward, who was then on the Utah Jazz, ensured that Bryant would score 60 points in that game on Monday’s episode of “The Ryen Russillo Podcast”.

“So Kobe hits a jumper from the right elbow off a screen to put the Lakers up,” Tirico said. “…So then Kobe gets fouled, he comes to the line. He’s eventually gonna [leave the game] a couple possessions later. He hits the first one for 59 (points). He’s at the line for the second time and you’ve gotta watch on the free-throw line closest to Kobe, back to the camera is Gordon Hayward. Gordon Hayward steps into the lane as Kobe’s about to shoot that last free throw for 60 (points) in case he missed it to give him another shot for 60.”

There’s a moment from Kobe’s final game that few people saw and nobody really remembers … but @miketirico won’t ever forget it. pic.twitter.com/prJGObG58y

For those that don’t know the rule, Hayward would have been called for a lane violation had Bryant missed the free throw and Bryant would get another free throw shot to get 60 points.

Tirico said the moment encapsulates the brotherhood there is among NBA players that doesn’t compare to other sports.

“That, to me, was the most unique example I could give to people of the fraternity of the NBA and the reverence for greatness in the NBA is at a different level than any of the other sports that we watch or cover,” Tirico said. “It was like Gordon Hayward, his team losing in this game, they blew a lead, blah blah blah. He had the complete wherewithal at 59 (points) to just put a foot in the lane and look over at the ref in case Kobe missed it to make sure he got another shot at 60.”

Tirico added that the moment gave him a respect for Hayward and made him a fan of his for life.

“That is just one of those things that nobody ever remembers, that very few people see,” Tirico said. “But every time I see Gordon Hayward, I think of that. I’m like, ‘You know what, dude, you get it. You get it at a level that other people don’t, and I’m a fan of yours for life for that.”

Hayward’s moment in Bryant’s last game wasn’t the only act of kindness exchanged between the two.

When Hayward gruesomely fractured his left tibia and dislocated his left ankle during his Celtics debut in 2017, Bryant posted on Instagram a picture on Hayward and a message for him on how to stay strong during the recovery process.

“Be sad. Be mad. Be frustrated. Scream. Cry. Sulk,” Bryant wrote in the post. “When you wake up you will think it was just a nightmare only to realize it’s all too real. You will be angry and wish for that day back, the game back THAT play back. But reality gives nothing back and nor should you.”

After going into detail on how Hayward should go through his recovery, Bryant ended the post with a simple message.

“Best of luck to you on this journey my brother #mambamentality always.”

Hayward thanked Bryant for all he did to help him as a player and for the words of encouragement he sent him during rehab in an Instagram post on Monday.

“Im so grateful for the time Kobe spent with me to grow as a basketball player and his words of encouragement for when I was injured,” Hayward wrote. “My prayers go out to his family and the other families who are suffering from this tragedy.”

Im so grateful for the time Kobe spent with me to grow as a basketball player and his words of encouragement for when I was injured. My prayers go out to his family and the other families who are suffering from this tragedy.

You can listen to the full episode of “The Ryen Russillo Podcast” here. 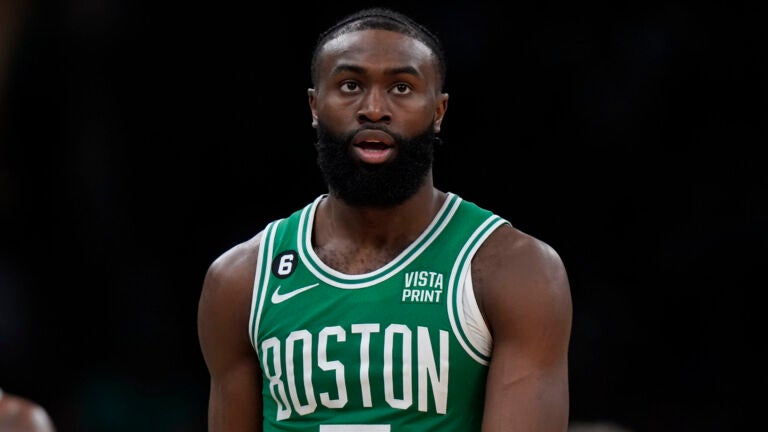