With sadness in his voice and his eyes peering down, Jayson Tatum reflected on how Kobe Bryant was more than just a player to him.

“Everybody knows how much he meant to me,” the Celtics forward said to the media on Tuesday. “From somebody I really looked up to, he really was my hero. The reason I started playing basketball to becoming a friend and a mentor, somebody that I could talk to and help me out with a bunch of things on and off the court. It’s been a tough couple of days.”

Many have been mourning the loss of Bryant, who passed away from a helicopter crash on Sunday. In tribute to him, Tatum posted a series of photographs of himself and Bryant to Instagram on Monday, writing that he was “heartbroken” about the tragedy.

Heart broken. My Hero. My Idol. The reason I started to play this game, the reason I fell in love with this game. Growing up wanting to be just like you, to you becoming a mentor, beyond thankful for everything you’ve done for me. “I didn’t have a plan B I put all my eggs in one basket and I knew I was going to make it happen” hearing you say that stuck with me everyday of my life. You inspired me and I am forever grateful more than you know! Love you Bean 🙏🏽❤️! Sad, sad, sad day RIP Kobe and Gianna! Praying for the family!

Tatum’s admiration for Bryant began at a young age; Tatum has said that as early as age four or five, he would tell his mother, Brandy Cole-Barnes, that he wanted to be Bryant when he grew up. In high school, Tatum posted a thank-you note to Bryant on Instagram for inspiring him. A year later, he met up with Bryant at the 2016 ESPY awards — where he won Gatorade National Boys Player of the Year — and posted a selfie of himself and Bryant. His caption read, “WOW! Just met BEAN! My idol ??”.

Tatum then paid homage to Bryant when he graced the cover of SLAM Magazine in 2018 by recreating an iconic portrait of Bryant laying on top of a basketball from 1998. Tatum has since made this image his profile picture on Instagram.

Dreams do come true! Just a kid from St Louis ended up on the cover of @slamonline Blessed 🙏🏽 Never take anything for granted!

During his NBA career, Tatum had the chance to learn from Bryant directly, who broke down his game on his show “Detail” with ESPN+. Tatum told The Ringer he watched the episode ’70 times’, then worked out with Bryant during the summer of 2018.

“It was such a surreal moment for me just being in his presence and being able to work with him,” Tatum reflected on Monday. “Even in that moment, all I could think about was he was the reason that I started playing basketball. To have him reach out and try to help me, want to work with me, is something I’ll never forget.”

“How much does it mean to you” @kobebryant

Tatum says he respected Bryant’s approach to the game and who was as a person, on and off the court.

“Everything,” he said when asked what stood out about Bryant’s game. “How hard he worked, his compassion, his drive, his work ethic to be the best. He just made me fall in love with him and the game. I loved everything about him and the way he carries himself. He was special.” 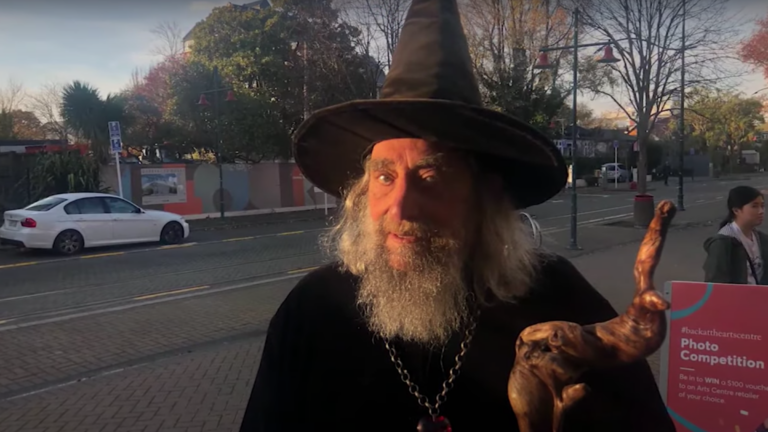 An official wizard in New Zealand loses his job