Following the All-Star break, the Celtics are set to resume action Friday night against the Minnesota Timberwolves. Boston currently sits third in the Eastern Conference standings, with 28 regular-season games remaining.

Here are what to watch for:

How will they manage Kemba Walker’s knee?

Point guard Kemba Walker will miss Friday’s game with a sore left knee, the team announced Thursday. The nagging soreness has now sidelined Walker for five games, and it would come as no surprise if there are more to come. Coach Brad Stevens has said there aren’t yet long-term concerns, though the team will be monitoring the issue throughout the rest of the season.

The “load management” should benefit Walker in the playoffs, when his minutes will likely exceed his season average of 32.2. Walker — who has reached the postseason twice in his eight-year career and experienced first-round exits both times — understands the value of maintaining his health.

“At the end of the day, I just have to look at the long haul,” he said earlier in February. “We’re looking to get to the playoffs and make a run. I’ve got to look at it that way.”

Ahead of the NBA trade deadline, Celtics president of basketball operations Danny Ainge said the “most important acquisition” the team could make is health. Boston’s typical starting five has been available for only 17 out of 54 games this season — and that total is already going to grow.

Where will the Celtics finish in the standings?

The East’s No. 2 seed should be on Boston’s radar.

The league-leading 47-8 Milwaukee Bucks will get the No. 1 seed, barring an improbable collapse, so if the Celtics can earn the No. 2 seed, they will avoid facing reigning MVP Giannis Antetokounmpo and the Bucks until the Eastern Conference Finals. The Celtics are currently 1.5 games back of the Raptors for the No. 2 seed, and the Heat are 3.5 games back of the Celtics for the No. 3 seed.

Getting the No. 2 seed should also give the Celtics an easier first-round matchup, as there is a noticeable drop-off in talent and the No. 7 seed will likely have a losing record. The No. 3 seed will probably face the Indiana Pacers, who present a much tougher series than the Brooklyn Nets or Orlando Magic.

Thirteen of Boston’s 28 remaining games are against teams that finished with a winning record headed into the All-Star break. Among the notable matchups are the Los Angeles Lakers (Feb. 23), the Bucks (March 12, April 5), the Raptors (March 20), and the Heat (April 1, April 11).

What will Robert Williams add?

Center Robert Williams will be a welcomed piece for the remainder of the season.

Williams, who has been sidelined since Dec. 6 with a left hip bone edema, should be rejoining the team around March 1, according to Ainge. The 22-year-old has missed 33 games and counting this season, but Boston’s bigs have held up well in his absence. Despite the preseason concerns about interior defense, Daniel Theis and Enes Kanter have both shown they’re capable of being physical (and effective) against the likes of Joel Embiid and Marc Gasol.

Still, Williams’s athleticism makes him an intriguing addition. His ability to get above the rim for lobs and his propensity to jump for blocks often lead to flashy highlights. As he’s been rehabbing, Williams said he’s been working on “gambles,” weighing when to stay down vs. when to swat and when to stay on his man vs. when to help.

What will happen to their draft picks?

The Celtics will receive the Memphis Grizzlies’ 2020 first-round draft pick if it lands outside the top six, a scenario that seems to be increasingly likely. The young Grizzlies currently hold the West’s No. 8 seed; however, they also hold the hardest remaining schedule in the league. Should Memphis drop in the standings, and the pick wind up in the top six, then the Celtics would receive the selection, unprotected, in 2021.

The Celtics will also receive the Bucks’ first-round pick, projected to be No. 30. 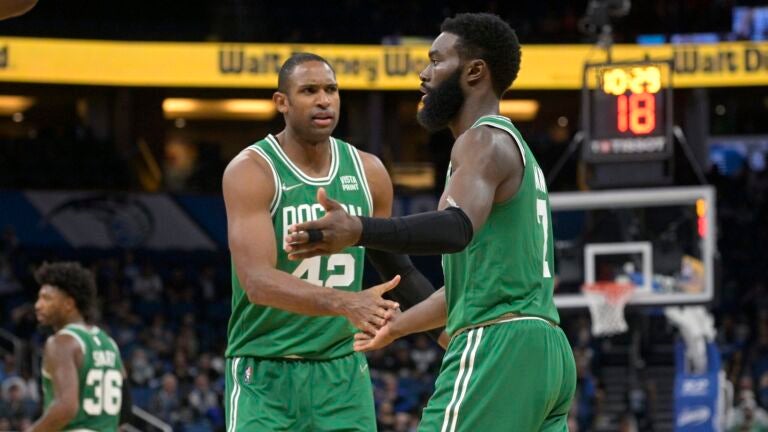