The Celtics defeated the Trail Blazers 118-106 in Portland on Tuesday night. Jayson Tatum continued his run of dominance, leading Boston with 36 points.

And the Bruins lost at TD Garden to the Flames, 5-2. Boston is back in action tomorrow night at home against the Stars at 7:30 p.m.

Following Tuesday’s win against the Trail Blazers — a game in which Tatum kept his scorching scoring run going with 36 points — Brown spoke about how he views his teammate.

“You have to want for your brother what you want for yourself,” said Brown of Tatum. “As we go out here and we’re playing basketball games and Jayson gets it going, let’s keep going to him. That’s how I see it. And when the ball stops or he starts missing shots, then we’re there for him.

“But right now he’s playing unreal, he’s playing the best ball of his career, so let’s keep going,” Brown continued. “Let’s keep it going. Let’s see how we can keep feeding it to him. If he keeps making shots like that, I don’t see why not, right?”

Tatum acknowledged the perpetual comparisons with Brown, but noted the two have been having the best years of their careers this season.

“It’s a lot of fun,” Tatum told MassLive’s John Karalis. “We get grouped together a lot…it’s our third year playing together. We both took leaps this year, so it’s been fun, and he’s been playing great all season.”

Jaylen Brown talking about Tatum: “You’ve got to want for your brother what you want for yourself.” pic.twitter.com/AzxTimPG2P

Trivia: Can you name every Celtics player who has ever had at least one streak of four consecutive 30-point games?

Tracy McGrady weighed in on the rise of Tatum:

Who knew there was a splash zone in baseball 😬 pic.twitter.com/jMX0b3LlqT

Tacko Fall pulled down 16 rebounds and scored 18 in a Red Claws win on Tuesday:

On this day: In 1935, the then-Boston Braves announced the signing of 40-year-old Babe Ruth, who had been released by the Yankees after 15 seasons. Returning to Boston — the site of his Major League debut, albeit with the Red Sox — Ruth was welcomed back as a conquering hero.

Yet the aging slugger, who would be denied his desired chance to move closer to becoming an owner and manager, couldn’t lift the Braves to greater heights. He retired on June 1, leaving the Braves to an already obvious fate in the bottom of the National League. In fact, the 1935 Braves would finish an abysmal 38-115 (.248), one of the worst winning percentages in baseball history.

In the moment, of course, the news of Ruth signing with the Braves was greeted with front page headlines: Daily highlight: William Nylander scored a ridiculous between-the-legs goal for the Maple Leafs in a 4-3 win over the Lightning on Tuesday. 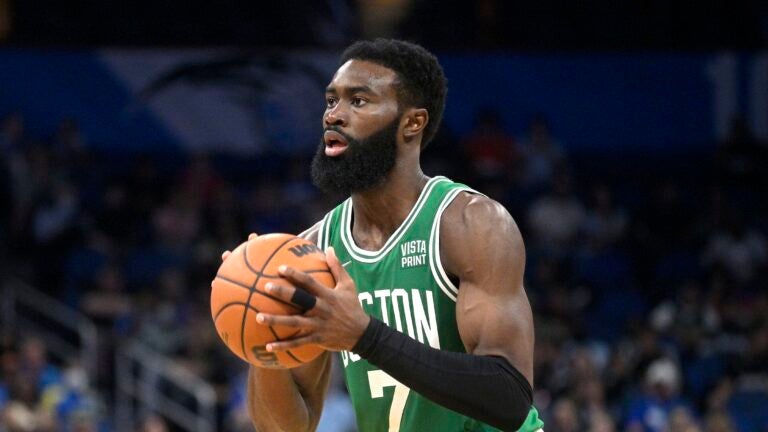