Enes Kanter said he’s never seen any player improve as much in one month as Jayson Tatum has in February, calling him a “man on a mission” while chatting with NBC Sports Boston’s Chris Forsberg on The Enes Kanter Show.

“Do you see what happened to him after All-Star Break?” Kanter said. “It’s like something got into him.”

Kanter said Tatum was already fearless, but now he’s taken it to a new level. With Kemba Walker sidelined, Kanter said Tatum has been confident and comfortable and put the team on his shoulders.

“He makes some shots late in the fourth quarter where we look at each other on the bench, and it’s like, ‘Did he really make that shot?'” Kanter said to Forsberg. “We’re all so confused. I’m like, ‘How did you make that shot?'”

He also pointed out that Tatum’s rise isn’t just taking place on the offensive end. He’s also dominating on defense, and Kanter said his prowess on both ends is what will make him a superstar.

Forsberg expanded upon Kanter’s earlier point and said he’s never seen a player improve this much in a season.

“You just stole my line,” Kanter said. “That was my line.” 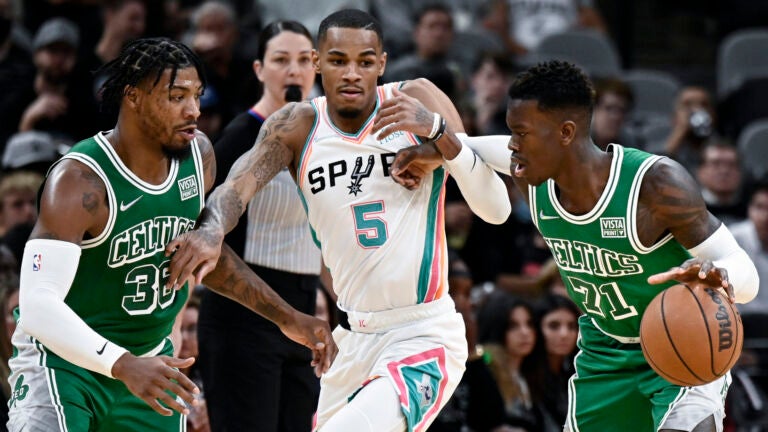 9 takeaways as Celtics collapse twice in one game, fall to Spurs