A doctor visited the Auerbach Center on Monday afternoon to educate the Celtics about the coronavirus outbreak.

“We just had a doc in here today to talk about it, to give the facts about it,” coach Brad Stevens said. “We’re treating it, from our standpoint, a lot like we would if a player got the flu, if somebody were to come down with that. He gave all the facts and all the data and all the stats, how to treat it, how to avoid it, all that stuff.”

Concern surrounding coronavirus has only grown since the first cases were detected in January. As the death toll exceeds 3,000 worldwide, a number of sporting events have been disrupted. The International Ice Hockey Federation has canceled six upcoming world championship tournaments, while Sunday’s Toyko Marathon was limited to 200 elite runners.

“You’re hopeful that it doesn’t hit anybody, but inevitably, I think our medical facilities here will be well-prepared for that,” Stevens said. “Certainly, our doctors are great. We feel well-prepared for it.”

In response to the potentially deadly virus spreading to Oregon, Portland Trail Blazers shooting guard CJ McCollum announced Saturday he is “officially taking a break” from signing autographs. Celtics point guard Kemba Walker said Monday he “might be with him” before suggesting a possible solution.

“It’s getting serious, I’ll tell you that much,” Walker said. “Everybody just needs to be a little cautious. I’m pretty sure I’m still going to sign some autographs, but maybe I’ll just walk around with my own marker.” 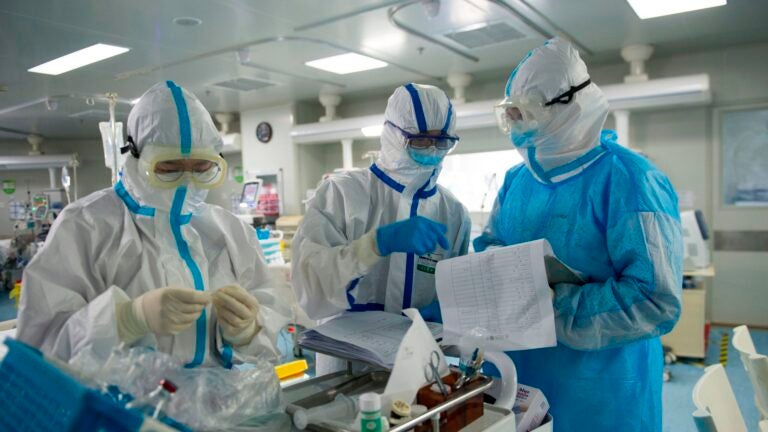 How does the coronavirus compare to the flu?