Marcus Smart fouled out of the Celtics’ overtime loss to the Nets on Tuesday, but before he left the court in the extra period, he had a heated run-in with officials that could cost him.

Smart was shown on the TNT broadcast interacting with the referees, particularly John Goble, before being escorted off the court by Celtics security.

Marcus Smart had to be escorted off the court after having a heated conversation with the refs 😡 pic.twitter.com/63KeiFUPkG

The Celtics had the game in hand, up by three points with 0.02 seconds left, when a whistle on Smart put Caris LeVert on the free throw line. LeVert, who finished with a career-high 51 points, drained all three shots to tie the game.

After the game, Celtics coach Brad Stevens said he did not tell Smart to foul LeVert.

Smart eventually fouled out during the overtime period.

He could face a fine or suspension for his behavior. 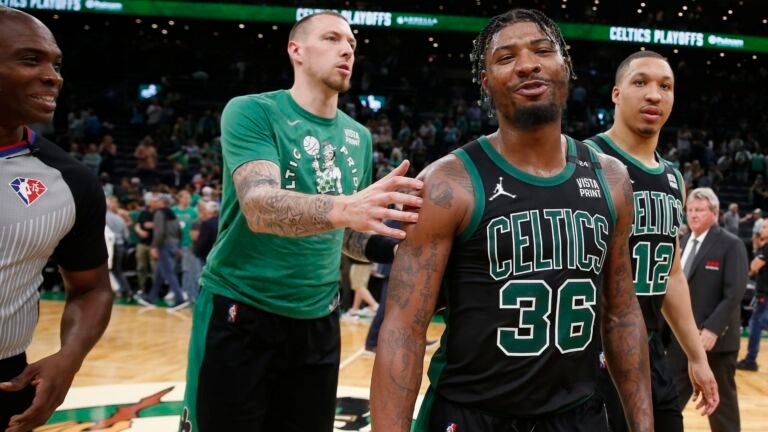