Babson men’s basketball coach Stephen Brennan still has the voicemail on his phone.

The call came from a 617 number last April as Brennan was boarding a plane to Minneapolis for the NCAA Final Four. He listened to the message upon landing.

“Hi Coach, this is Crew Ainge,” the voice said.

Ainge, at the time, was wrapping up his sophomore year at Utah State. About two weeks before phoning Brennan, he had informed the Aggies’ coaching staff he intended to transfer. Twenty or so schools had reached out, but Ainge was still in search of the right fit.

He was wary of staying within Division 1 because NCAA rules would require him to sit out a full season before competing with his new team. (Ainge’s collegiate career was already delayed because he took two years off after high school graduation to complete a Latter-day Saint mission in Baton Rouge). So, he kept his options open.

Ainge’s oldest brother, Austin, was the first one to suggest it: “Why not Babson?”

A small private business school located just a half-mile from Crew’s childhood home, Babson had won the Division 3 national championship in 2017 and, perhaps more importantly, had an impressive academic reputation.

Crew acknowledged he never thought he’d be as successful as his dad, but he always strived to be the best among his six siblings. He and his brother, Cooper, who is just two years older, would frequently play one-on-one in the driveway, with the competitive battles often resulting in a playful fistfight.

“I put basketball ahead of school,” Crew said. “That’s kind of all I thought about, all I loved. I’d just come home and watch games and want to go outside on the driveway and shoot. I didn’t really care about homework. I just loved basketball.”

Although his passion for the sport is still just as strong, Crew, at 24, has adjusted his priorities. Life after basketball is approaching. Babson, he hopes, can help facilitate the transition.

About a month after Crew left Brennan his initial voicemail, the pair met during the Celtics-Bucks playoff series last season. Brennan already had some familiarity with Ainge’s game, as the 6-foot guard played at Wellesley High School and New Hampshire’s Kimball Union Academy. The two chatted, and Crew ended up committing a week or so later.

At Babson, Crew averages 28.7 minutes per game, more than double his playing time at Utah State. He leads the team in assists and steals, while averaging 11.7 points on 52.9 percent shooting. The fit has been fantastic, Brennan raves, because Crew’s dynamic playmaking ability opens up opportunities for his teammates.

His confident demeanor has offered a boost, too.

“Crew has certainly been, I don’t know if it’s the secret sauce, but he’s certainly the energy guy behind us,” said Brennan, now in his 25th year coaching the Beavers. “We all play off of that. We all need that. That compete level, it’s just a different level than a lot of guys I coach. I think that’s been contagious.”

On what should have been a forgettable play during practice, Brennan still remembers how intently Crew pursued a loose ball that was about 8 feet away.

“He went after that ball with reckless abandon, whereas most people just reach,” Brennan recalled. “Crew’s fearless. There’s nothing he doesn’t think he can do. He’s never said that to me, but you can see it in the way he carries himself. I guess today that’s called swagger.”

Danny, who attends most of Babson’s home games, will share pointers with Crew here and there, providing insights into how he could have handled certain reads or plays. His most recent point of emphasis, Crew says, is to stay out of foul trouble. Even Brennan one day overheard Danny telling him, “You know you can play defense without fouling.”

“I listen to him,” he said. “When I was younger, I’d probably tell him to shut up. But now I actually enjoy when he does that because I’m not sensitive about my mistakes or what I need to improve on. I want the feedback.”

Despite busy schedules, there’s plenty of time for the pair to talk basketball.

Crew and his wife, Sydney, live in his childhood home, along with his parents. The couple, who married in August 2018, have their own space, dubbed “the honeymoon suite.” In fact, each of Danny’s six children has moved back in for a period of time after getting married.

“That’s another reason why Babson had the trump card,” Crew says with a smile. “Free rent.”

The group will enjoy family dinners at home, even though Danny jokes he’s no longer responsible for Crew now that he’s married. They’ll play board games and Ping Pong or, when the weather’s warm, pickleball and Spikeball.

Nights are often spent at either Babson or TD Garden, but if there are no games, Crew, Austin, and Danny like to make use of their new golf simulator.

“I’m the worst,” Crew said. “But I’m getting better. I have them sweating a little bit.”

The transition has seemingly been smooth across basketball, education, and family. Before Crew and Sydney moved in, however, there was one burning question.

“Everyone was like, ‘What are you going to do with the dog?’ ” said Crew.

Shortly after their wedding, Crew and Sydney welcomed a French bulldog, Weezy, into their family. The only problem? Crew’s mother, Michelle, is not the biggest fan of animals — a well-known fact among the Ainges.

“My oldest daughter was like, ‘What are you doing, Crew? You can’t take the dog,’ ” said Danny.

But Weezy is here to stay, at least for another year. And, according to Crew, Michelle has come around.

“She actually likes him,” he says. “She won’t admit it yet, but she does.”

Once Crew graduates in May 2021, with a degree in business administration and concentration in real estate, he and Sydney plan to find an apartment in Boston. Crew hopes to pursue a career in real estate investment. In the meantime, both he and Danny will cherish their extra time together.

Said Danny: “That’s fun, being a parent, watching your kids be adults.” 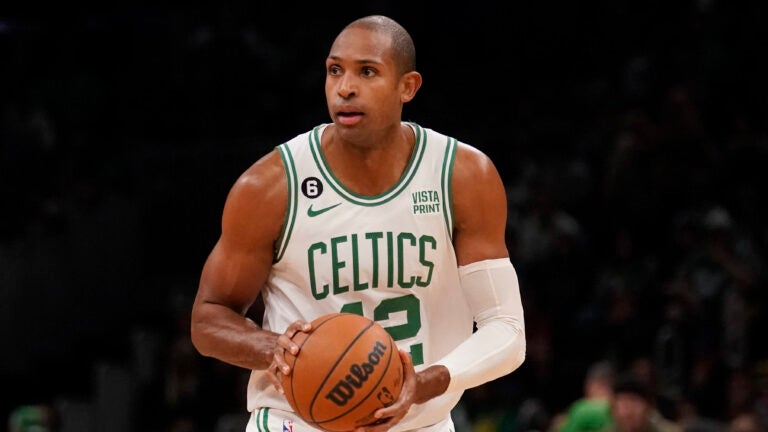