It was a foregone conclusion that Kobe Bryant, Kevin Garnett, and Tim Duncan would be elected into the Basketball Hall of Fame as part of the 2020 class, and the news became official Saturday during a special program on ESPN.

The trio headlines a group many have deemed arguably the best of all-time.

Garnett, who spent six seasons in Boston and helped the Celtics capture the 2008 NBA title, called the honor a culmination of countless hours of hard work and “what you do it for.”

“To be called a Hall of Famer is everything,” Garnett told host Rece Davis.

“I’m just happy I had the honor to play with this guy, win a championship with him,” Pierce said.

Pierce, who has known Garnett since high school, said he’s never seen someone with so much passion, noting that Garnett “never cheated the game.”

They reminisced about their time with the Celtics, and Garnett provided some insight on the initial decision to change his career path.

Garnett, who said he prided himself on being a great teammate more than anything else, noted that he, Pierce, and Ray Allen should have gotten together a couple of years earlier. If they had, Garnett mused, they might have some more hardware.

“We’d probably be sitting on about two or three, more rings, but it’s all good, man,” Garnett said.

Glen Taylor, the majority owner of the Minnesota Timberwolves, told Star Tribune reporter Chris Hine that it’s “an honor so well deserved” for Garnett. Taylor said Garnett was beloved by the fans, and to be elected in his first year of eligibility cements how much he shaped basketball in Minnesota and beyond.

“From the day we drafted him in 1995, we knew there was something special about him that Minnesota had never experienced before,” Taylor shared with Hine.

Glen Taylor on Kevin Garnett getting in the Hall of Fame. pic.twitter.com/hmdnKkDXXL

The induction ceremony is scheduled for Aug. 29 in Springfield, and there’s a backup plan to hold it in October if necessary. 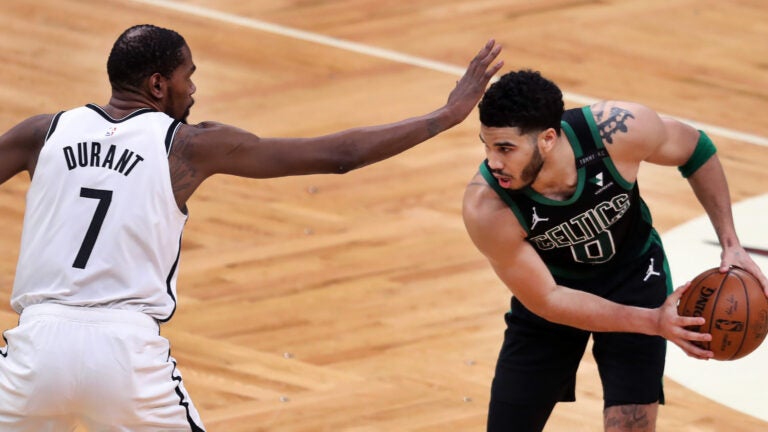 'It was an honor to play against him': Kevin Durant shared what it was like to go up against Jayson Tatum