Emoni Bates of Michigan was awakened with good news on Tuesday.

Bates was named Gatorade’s national player of the year in high school basketball, becoming the first sophomore to win the award, and was informed during a FaceTime call with Boston Celtics forward Jayson Tatum.

“I was shocked and real surprised,” Bates said later in a phone interview with The Associated Press. “It means a lot to me, especially to be the youngest to win this award.”

Bates beat out Evan Mobley of California and Cade Cunningham of Texas, the top-ranked seniors in the country. The 6-foot-11 Mobley has signed to play at Southern California next season and the 6-6 Cunningham is headed for Oklahoma State.

“I called Emoni this morning, congratulated him on winning and it looked like he just woke up,” Tatum recalled. “When I told him, his mouth dropped.”

Bates could potentially be selected with the No. 1 pick in the 2022 NBA draft.

“He’s the real deal,” said Tatum, who won Gatorade’s award in 2016. “I’ve seen him play and work out in person, and I’ve seen his highlights on Twitter. He can do it all. I told him he has what it takes and everyone knows it. He just has to stay motivated, hungry and keep working.”

The 6-foot-9 guard averaged 32 points this year. His chance to help Ypsilanti Lincoln High School repeat as state champions was cut short during the playoffs due to the coronavirus pandemic.

Gatorade has recognized the nation’s best high school basketball player since 1986, when J.R. Reid won the award. Reid went on to star at North Carolina and play in the NBA.

Bates does not appear to be interested in reclassifying to make next season his last in high school, a move that would put him on the path to play college basketball early and guarantee his eligibility for the draft in two years.

“There’s really no focus on reclassing up,” his father, E.J. Bates, told the AP last week. 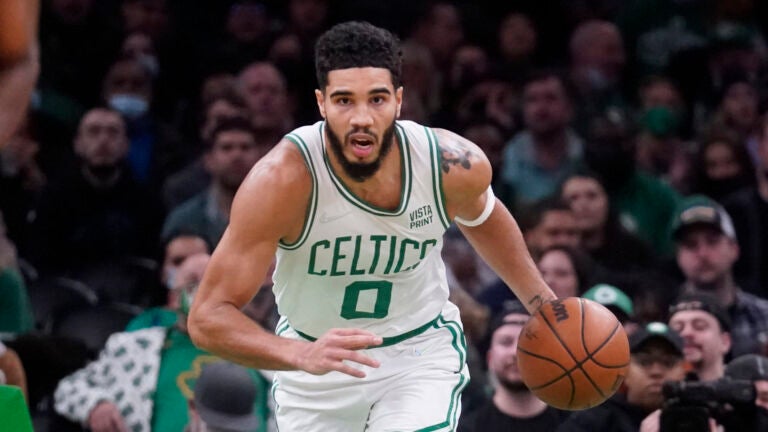