Why does Bill Walton love to ride his bike so much?

Walton also loves the movement of his bike, a custom model made by Bill Holland to accommodate his 6-foot-11-inch frame. Walton loves “the constant repetitive action” of pedaling with his restructured left foot and pair of fused ankles. He loves the freedom and independence his bike provides, along with the feelings of accomplishment and high self-esteem.

“I cannot walk,” Walton says. “Well, I can walk for function. But I do not walk for exercise or pleasure or enjoyment. I can ride my bike all day long.” 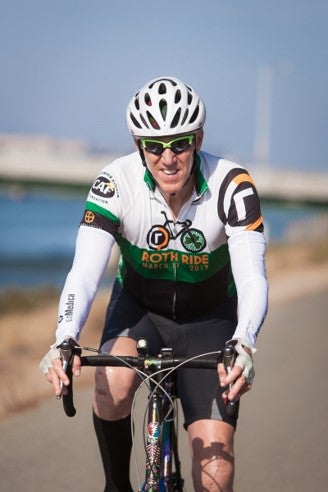 Walton is encouraging others to join him (virtually) on Saturday, April 25, for a two-hour ride he’s dubbed “Bike for Humanity.” With the coronavirus pandemic ravaging the country, Walton is hoping to motivate individuals to exercise, in accordance with CDC guidelines, as well as donate to a relief fund for COVID-19 victims and healthcare workers.

Anyone is welcome to participate, though Walton has a request.

“The only thing we ask is at the end of the day, you sit back and think about how lucky we are to be able to ride our bikes and be alive,” he said.

Biking isn’t a new hobby for Walton. When he was a member of the 1986 championship-winning Celtics, he lived in Cambridge and enjoyed riding down the Esplanade along the Charles River. Sometimes, after dropping his kids off at Shady Hill School, Walton would venture out to the suburbs and mosey through Lexington and Concord.

He was never able to get teammates Larry Bird or Danny Ainge to accompany him. Nor have they expressed interest in doing so lately.

“They socially distance themselves from me on a constant basis,” Walton said. “But that doesn’t stop me or slow me down.”

Now 67, Walton rides nearly every afternoon, weather-permitting, through his San Diego neighborhood on the north edge of Balboa Park. When he can’t get outdoors, he turns to his home gym, where he’ll ride while rewatching the most recent Tour de France with music, typically from the Grateful Dead, humming in the background.

Walton chooses not to track his mileage. He’s not a power meter rider, he says. In fact, according to Walton, he’s a pretty substandard rider. He doesn’t care, though. Biking brings a healthy Walton joy following years of intense discomfort.

Walton hasn’t played basketball since injuries forced him to retire from the NBA in 1987, cutting his 10-season career short. After his spine failed 12 years ago, and he spent much of 2008 flat on his back, he thought his life was over.

An eight-hour procedure repaired Walton’s spine. His recovery, which involved a medically induced coma and months of rehab, is one of the many reasons why he calls himself “the luckiest man in the world.”

Since recovering, Walton has gone on cycling excursions through California, Arizona, Colorado, Hawaii, Oregon, and Utah. He hopes to hit New Mexico and Wyoming soon.

“I love my bike and I love being alive,” he says.

During his rides, Walton says his thoughts crystallize. He regularly shares his new conclusions with his wife Lori, whom he jokes is quick to remind him, “Remember, I was not part of the one-way conversation you had on your bike.”

Recently, some of Walton’s thoughts stem from a newfound sense of gratitude. His work as a broadcaster for ESPN and the Pac-12 Network has been temporarily halted, but he’s thankful to be healthy — and wants to do what he can to help.

In addition to organizing “Bike for Humanity,” Walton is auctioning off a private lunch to benefit the World Health Organization’s coronavirus solidarity response fund.

“This is the first time in 21 resets for me that I’ve been the healthy one,” he said. “With the privilege of my good health, that brings with it a responsibility, an obligation to do something to help those who are in need.” 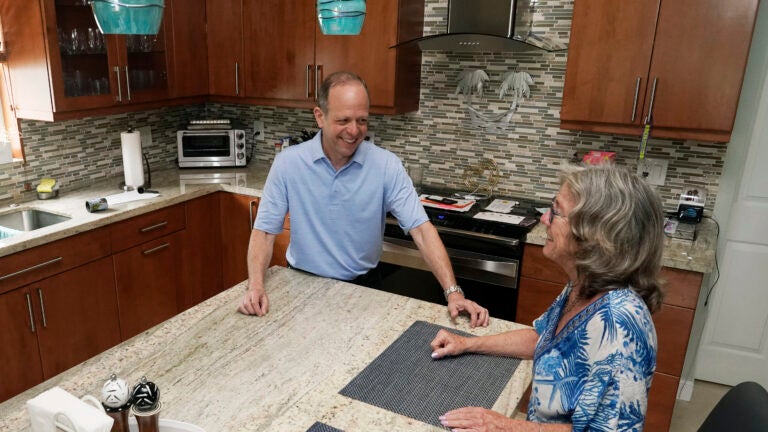