The NHL and NHLPA have reached a tentative agreement that would bring labor peace for years and a return to the ice in August, according to a league announcement on Monday.

The deal, which includes a four-year extension of the collective bargaining agreement (through 2026) and a scheduled resumption of play on Aug. 1, still needs to receive final approval.

Elsewhere, Major League Baseball announced the schedule for its abbreviated 60-day season. The Red Sox will open at Fenway Park on Friday, July 24 against the Orioles.

Scottie Pippen thinks Jayson Tatum is ready: As the Celtics prepare for the NBA’s summer restart, one of the important questions for Boston fans is who will be the team’s offensive leader in playoff games. While it might be Kemba Walker, there are those who believe it will be 22-year-old Jayson Tatum.

Tatum, averaging 23.6 points per game in the 2019-2020 season, received a major endorsement from someone who is no stranger to winning championships.

In a recent episode of ESPN’s “The Jump,” former Bulls forward Scottie Pippen was asked if he thinks Tatum is ready to lead the Celtics to a title this season.

“I really do, I think this has been a breakout season for Tatum,” said Pippen. “He started out this season sort of on a mission to separate himself from the other players who have grown and developed as well as really showing some leadership I think by becoming an All-Star this season.

“His scoring was really starting to peak right there,” Pippen added. “He had, again, separated himself a little bit from the other players. It showed that he was going to be the go-to guy, the offensive leader for that team. I think if this team is to make a run, it has to rely on Tatum’s ability to carry them offensively and I feel like he’s totally ready.”

Trivia: Today is the one-year anniversary of the U.S. women’s team winning the 2019 World Cup. In what country was the first edition of the women’s tournament held in 1991?

Jaylen Brown initially wasn’t a fan of the NBA restart:

Adam Schefter with the details on Patrick Mahomes’s record-setting contract:

On this day: One year ago, the U.S. women’s team repeated as world champions, defeating the Netherlands in the World Cup final, 2-0. After Megan Rapinoe put the Americans ahead through a converted penalty kick, Rose Lavelle’s solo run and finish added all the insurance the defending champions would need.

A beautiful solo effort doubles the @USWNT‘s lead in the #FIFAWWC final! pic.twitter.com/ToznvQiuxb

Daily highlight: Sevilla winger Lucas Ocampos did all he could to lift his team to a 1-0 win on Monday over Eibar. After scoring the contest’s lone goal in the 56th minute, Ocampos was forced to play goalkeeper near the end of the game after regular keeper Tomas Vaclik was injured. Since the team had used all available substitutions, the role fell to Ocampos.

Incredibly, he made a crucial save against — of all people — Eibar’s goalkeeper, Marko Dmitrovic, to preserve the victory in the closing seconds. 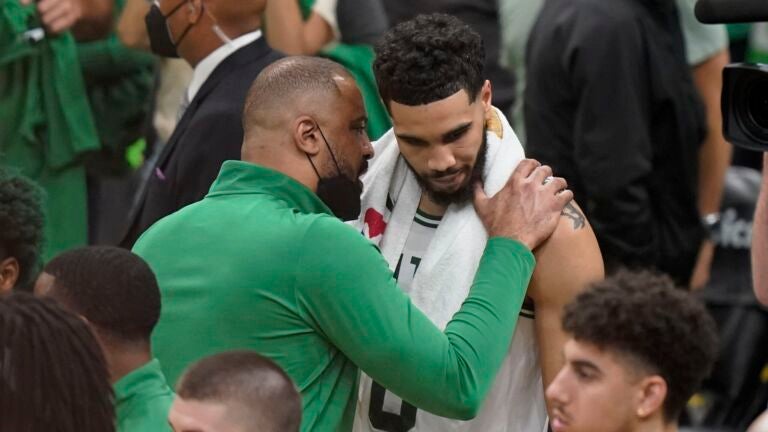