We finally know for certain how many picks the Boston Celtics will have in the 2020 NBA Draft.

The Celtics traded Jeff Green to Memphis in 2015, and the Grizzlies sent back a first-round pick in return. Thursday’s draft lottery confirmed that selection will convey to the Celtics this year in the form of the No. 14 overall pick. So, now what?

Boston owns the Nos. 14, 26, 30 and 47 picks, but the 2020 NBA Draft is anything but normal, much like everything else over the last eight months. The coronavirus pandemic has eliminated in-person workouts, interviews and pro days leading up to Oct. 16, making it all the more difficult for teams to evaluate prospects. With virtual interviews being their only outlet, NBA teams are as limited as ever when it comes to evaluation tools ahead of the draft. In an already-weak class, the uncertainty is through the roof.

So you might be saying to yourself, “Wow, that doesn’t sound good. What an awful draft to have three first-round picks in.” And you’re partially right. The loaded 2021 class would be a much better place to use those picks, assuming the process is back to at least semi-normal by then. But the Celtics are in a luxurious position, as the No. 14 slot provides a great opportunity to get a role player who can contribute off the bench right away.

With all of that in mind, what are Boston’s options on draft night now that the lottery order has been confirmed?

Danny Ainge is no stranger to swapping picks, and that certainly will be on the table this year. A weak class, an abnormal pre-draft process and a lack of roster space point toward the Celtics packaging those picks to move up, down or even out if they don’t like the board in front of them.

Boston’s lack of roster space needs to be emphasized when considering how the front office will consider handling its haul of draft picks. It’s very possible that the Celtics have just two open roster spots this offseason, making it difficult to slide more than one rookie into an active spot.

Thanks to the aforementioned reasons, draft picks this year won’t hold as much value. A late-lottery pick, like Boston’s No. 14 selection, doesn’t hold the same weight in 2020 as it does in a deeper class. It may be tough convincing teams that the No. 14 pick is the centerpiece they’re looking for in a trade. On the bright side, Memphis missing the playoffs helped the Celtics move up three slots, and No. 14 is more valuable than No. 17. Boston also has the luxury of holding four picks, meaning they can sweeten the pot much more than most other trade partners by adding on their additional assets.

If a player on Boston’s board begins to slide in the early first-round, you could see Ainge make a push to package picks, and even one of the Celtics young players, to move into the back-end of the top 10. Yes, it’s a weak class, but there are plenty of prospects with high floors who could help the Celtics as early as next season. If Boston has a shot at one of its targets, don’t be surprised to see them move multiple picks to jump up a few spots. However, in a class where evaluating has become increasingly difficult, some teams may stay away from wasting assets to slide up just a few slots.

Trading back doesn’t seem like a great option this year, unless you find a draft-and-stash prospect who is willing to develop overseas. With a crowded Celtics roster, a late first-round or second-round pick in this draft could find themselves spending time in the G League over their first year or two. Right now, there’s no guarantee the G League season will even take place next year due to its reliance on commercial airline travel. Because of that, stashing players overseas may become a popular option among teams with late-first and second-round selections. Bottom-line: the further back you move, the more uncertainty you run into. The draft-and-stash route sounds appealing, but there aren’t a ton of options in this class.

Of course, if we’re talking draft deals with Ainge, you always have to consider trading out for a future first-round selection. As of now, the 2021 draft will be the first instance in seven years where the Celtics don’t have a chance at owning another team’s first-round selection. That could change if Ainge doesn’t like what he’s seeing on draft night.

As I previously mentioned, this class may not have the depth some draft experts look for, but there’s no shortage of projectable role players who can contribute right off the bat. Targeting players with higher floors and lower ceilings this year would benefit the Celtics immensely, and there’s a bunch of players under that umbrella who come to mind.

It’s no secret that Boston could use some shooting off the bench. Saddiq Bey and Aaron Nesmith are two 3-and-D players who could jump into the Celtics’ rotation immediately. They’re big, confident shooters, smart team defenders and would provide some much-needed floor spacing. Both players would be ideal choices at the No. 14 slot. 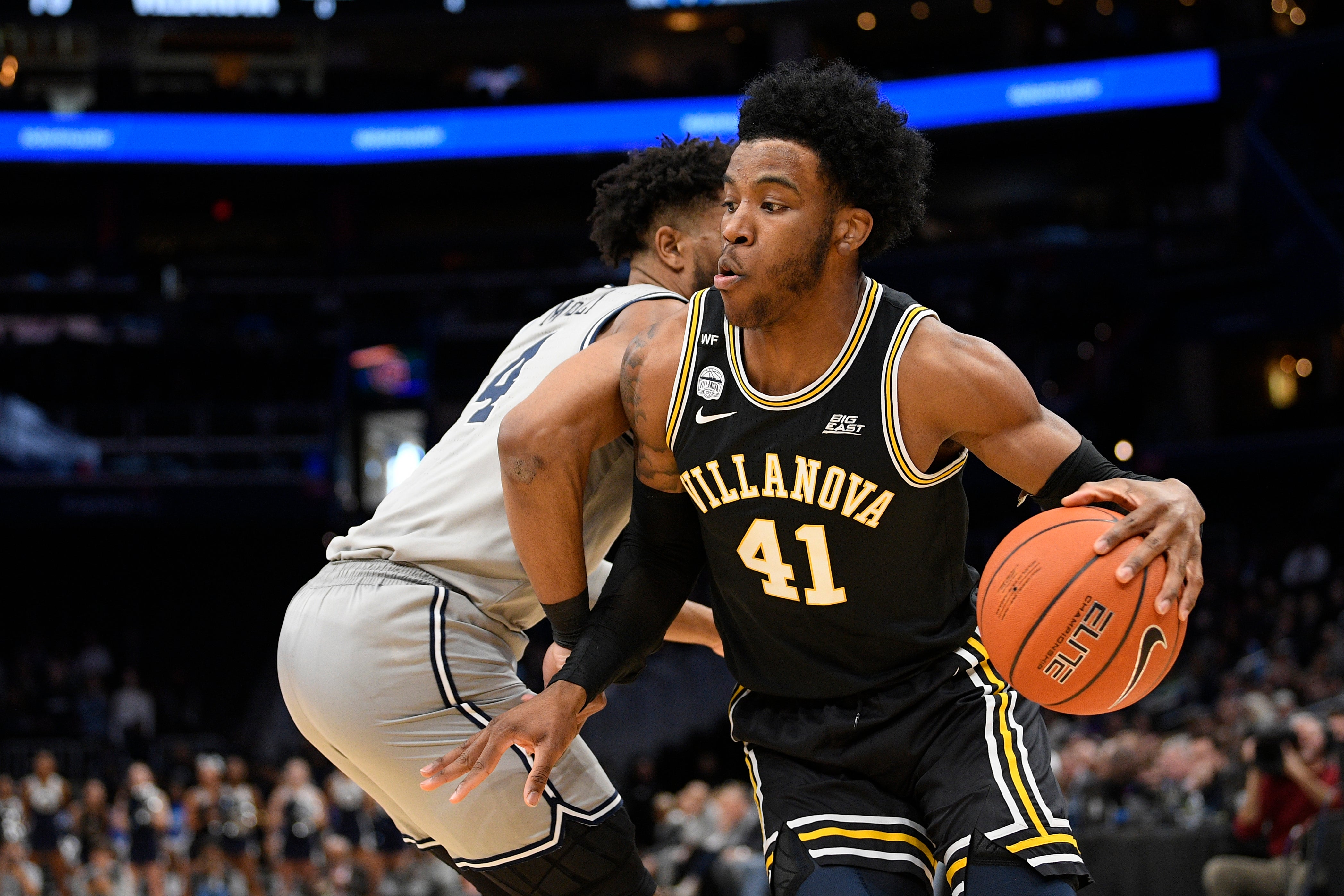 With Brad Wanamaker hitting free agency this offseason, Boston could look for guard depth on draft night. Tyrese Maxey and Cole Anthony would be terrific backcourt options at No. 14 if available. Maxey is a workhorse on the defensive end and a creative scorer, while Anthony would provide a terrific scoring punch off the bench.

If the Celtics look to improve their frontcourt, picks 26 and/or 30 would likely be best. Players like Xavier Tillman, Jalen Smith, Paul Reed, Zeke Nnaji or Killian Tillie are all intriguing big man options that could bolster Boston’s interior presence.

Picks No. 26, 30 and 47, if retained, all should be considered spots where the Celtics could choose a draft-and-stash prospect. With virtually no roster space, this option makes the most sense from both a salary cap and roster building standpoint. It oftentimes is difficult to find prospects willing to go this route, however. You would want to go straight to the NBA too, right?

As you can see, a batch of four selections gives the Celtics a multitude of options heading into draft night. Packaging those picks and moving up to get the best role player possible seems like a promising option, considering the uncertainty that arises in many forms as you continue to drop in this year’s draft. But, as we know, Ainge often zigs when people predict a zag, so we’ll just have to wait until Oct. 16 to get our answers.