During his first eight NBA seasons in Charlotte, Kemba Walker never made it out of the first round of the playoffs.

He signed with the Celtics in free agency this past offseason because he wanted a chance to play in big games and have a shot to compete for championships.

But with an Eastern Conference semifinals matchup with defending champion Toronto looming, Walker said his celebrations will remain muted for now. The Raptors c ompleted a sweep of their own on Sunday, eliminating the Brooklyn Nets.

“The work’s not done,” Walker said. “We won the series, but we’re still looking forward to some more tough ones.”

Walker nearly had his first playoff run with Boston derailed last month when a knee injury during workouts leading up to the restart left him limited during the seeding games.

But coach Brad Stevens said a good load management program by the training staff contributed to him putting up his best effort of the series.

“I thought he was really good. He was great tonight. And he’ll have to continue to be really good,” Stevens said.

It complemented the efforts of Jayson Tatum and Jaylen Brown and made up for the absence of forward Gordon Hayward, who sprained his ankle in Game 1 and is expected to be out for at least three more weeks as he rehabs.

They also collectively helped offset the efforts by Philadelphia’s Joel Embiid, who had three, 30-point games to keep the 76ers competitive in all but one game.

Tatum, who finished with 28 points and had a playoff career-high 15 rebounds Sunday, said the team has been feeding Walker’s energy and leadership,.

“He wanted to be a part of something special. He wanted to win,” Tatum said. “As happy as I am that we won, I’m even happier that’s he’s getting a chance to experience this.”

Stevens said their goal entering the restart the season was to be as healthy and playing as well as possible when the seeding games tipped off.

Despite losing Hayward for a time, overall he is pleased with how his team performed against the 76ers.

If there was a shortcoming, it was how Boston performed late in games, particularly in Games 3 and 4. The Celtics benefited from mistakes by Embiid to close out Game 3 and saw a 17-point lead whittled to single digits on Sunday.

It’s why he said they will be jumping straight in preparations for Round 2.

“There’s not a lot of savoring when you’re in the middle of it,” Stevens said. “We gotta play better in the last three minutes of the game. That’s all I care about right now.” 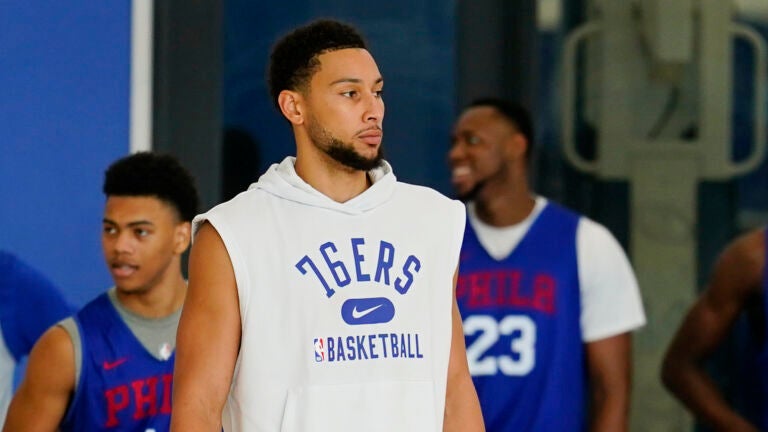 Ben Simmons out for home opener, still not ready to join 76ers