Celtics guard Marcus Smart said Tuesday conversations about the team’s plan of action following the shooting of Jacob Blake — a 29-year-old Black man who was shot seven times by police in Kenosha, Wis. — are ongoing.

Among the possibilities is boycotting Thursday’s Game 1.

“It’s definitely something that’s in the back of our minds,” Smart said.

Coach Brad Stevens said no players have expressed an intention to sit out.

Since arriving in Orlando for the restart of the season, players have made a point to raise awareness about social justice issues by wearing pre-approved messages on the backs of their jerseys, kneeling during the national anthem, and using their media availabilities to demand justice for Breonna Taylor, a 26-year-old Black woman who was killed inside her apartment by Louisville police officers.

Following the shooting of Blake, Smart stressed the importance of altering their approach. He said boycotting is “definitely a thought,” but noted nothing is confirmed and the team will come together to discuss possibilities.

“We tried the peaceful way,” Smart said. “Kneeling, we tried to protest, we tried to come out here and get together and play this game and tried to get our voice across, but it’s not working. Obviously, something has to be done.

“Right now, our focus shouldn’t really be on basketball. I understand it’s the playoffs and everything like that, but we still have a bigger underlying issue that’s going on, and the things that we’ve tried haven’t been working. We definitely need to take a different approach.”

Members of the Toronto Raptors, Boston’s second-round opponent, also raised the idea of a boycott.

“We knew coming here or not coming here was not going to stop anything, but I think ultimately playing or not playing puts pressure on somebody,” said point guard Fred VanVleet. “So, for example, this happened in Kenosha, Wisconsin, if I’m correct? Wouldn’t it be nice if, in a perfect world, we all say we’re not playing, and the owner of the Milwaukee Bucks — that’s going to trickle down. If he steps up to the plate and puts pressure on the district attorney’s office, and state’s attorney, and governors, and politicians there to make real change and get some justice.

“I know it’s not that simple. But, at the end of the day, if we’re gonna sit here and talk about making change, then at some point we’re gonna have to put our nuts on the line and actually put something up to lose, rather than just money or visibility. I’m just over the media aspect of it. It’s sensationalized, we talk about it every day. That’s all we see, but it just feels like a big pacifier to me.”

Game 1 of the Celtics-Raptors series is scheduled to tip off Thursday at 6:30 p.m. 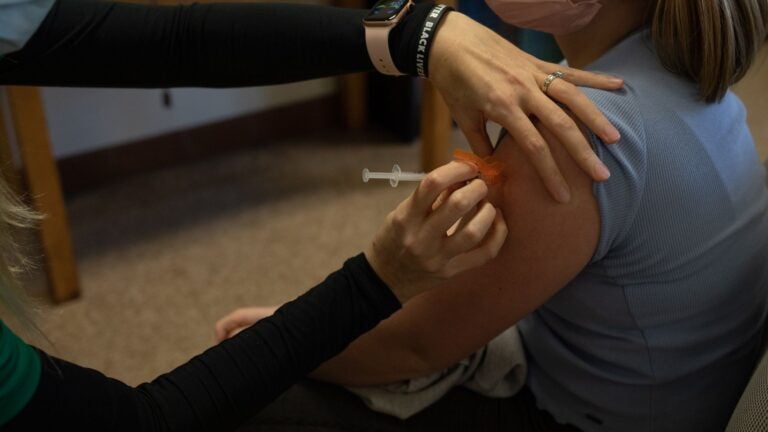