Few athletes have embodied both success in their sport and the fight against racism more than Bill Russell.

Now 86, the 11-time NBA champion has spent decades calling out bigotry and prejudice.

In a recent essay for The Players’ Tribune, Russell spoke in-depth about the ongoing nature of systemic racism. Starting with an anecdote about a television interview he conducted in 1969 with segregationist Georgia Governor Lester Maddox, Russell connected it to 2020.

“I’m struck by how similar it felt to the moment I’m living through now,” wrote Russell. “In 2020, Black and Brown people are still fighting for justice, racists still hold the highest offices in the land, and kids today still grow up with cultural norms that aren’t different enough from the ones that Lester Maddox grew up with.”

A main aspect of Russell’s piece is that the foundations of racial injustice remain very much intact in the United States, and “the fact that this remains surprising to many reveals exactly how different Black and white people’s experiences of life in America are.”

Having grown up in Louisiana during the 1930s and ’40s, Russell cited his family history, and close calls where both his grandfather and father were almost lynched.

“Black kids today don’t grow up worried the Klan will kill them in the middle of the night,” Russell wrote, “they worry the police will.”

The way to fix this, in his words, is through a “national reckoning, with an examination of our cultural norms and our power structures, with the dismantling and rebuilding of our institutions, and by ending voter suppression so that everyone can vote for change from the bottom to the top of the ballot.”

A crucial problem, Russell explained, is thinking that we are not connected to our history.

“As long as large swaths of Americans regard slavery, Jim Crow and racism as historical footnotes — missteps long since corrected — there is no way to move past racism.”

Russell referenced President Trump, comparing the president’s rhetoric to that of Maddox in their stated goals of segregation.

“Despite being separated by 53 years, the only substantial difference between the two men’s statements is their accents,” said Russell.

Russell has been supportive of NBA player actions — including the recent wildcat strike — to bring attention to racial injustice, and continues to be a vocal advocate for increasing the number of Americans registered to vote. 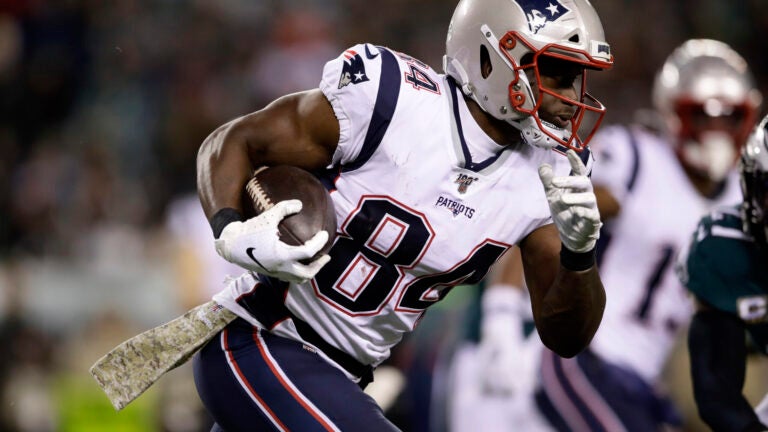 ‘The issue is still there’: Former Patriot Benjamin Watson re-releases ‘Under Our Skin’ as trial for George Floyd’s killer ends