Gordon Hayward returned to the Celtics after missing the last five weeks due to a Grade III ankle sprain.

Hayward will not leave the bubble for the birth of his first son, ESPN’s Rachel Nichols reported during the game’s broadcast. Prior to the NBA’s restart, Hayward told reporters that he was planning to leave the bubble – if the Celtics were still playing – for the birth of his fourth child, who is due later in September. Hayward reportedly told Nichols that because he left the bubble while rehabbing, he and his family decided it was okay for him to stay.

Brad Stevens previously told reporters moments prior to Saturday’s game that he “anticipates” Hayward will play.

Stevens added that if Hayward does play, he will come off the bench and will warrant “minutes monitoring.”

Hayward suffered the ankle sprain in Game 1 of the Celtics’ series against the Philadelphia 76ers and has been out since then. The team announced the following day he would be out four weeks and they would reassess the injury again.

Tuesday marked the four-week mark, and Hayward’s status for Game 2 on Thursday progressed from “out” to “doubtful.” Hayward was placed as “questionable” for Game 3 on Friday’s injury report.

While rehabbing the injury, Hayward departed the NBA bubble in Orlando and spent some time with his family in Indiana. He returned to the bubble on Sept. 6, and, due to the league’s rules, he quarantined for four days before sitting on the Celtics’ bench for Game 7 against the Toronto Raptors.

The Celtics could use whatever boost they can get offensively. They scored just 41 points in the second half of  Game 2, allowing the Heat to come back from a 17-point halftime deficit to win the game.

Hayward, who averaged 17.5 points and 4.1 assists per game during the regular season, has some success against the Heat this season. He scored a game-high 29 points on 10 of 14 shooting in the Celtics’ 109-101 win over the Heat in January. 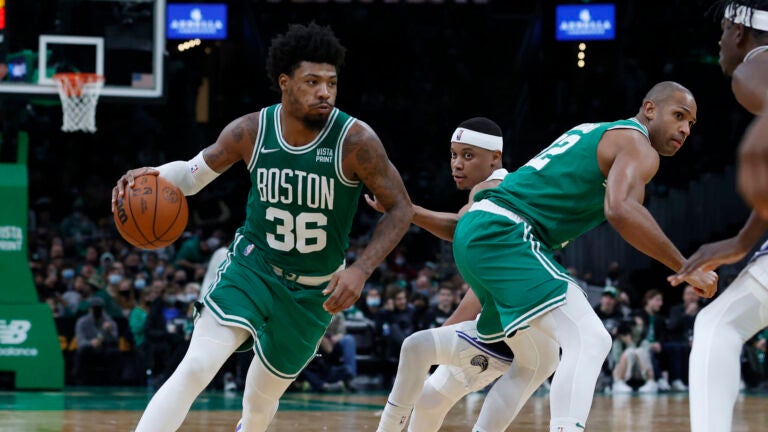