The Celtics fell to the Miami Heat Sunday night, 125-113, in Game 6 of the Eastern Conference Finals, officially ending their postseason run.

Miami once again made big plays when it counted – more so than Boston.

The Celtics had a six-point lead in the fourth quarter, but Miami didn’t flinch. The Heat went on a 19-6 run to take a seven-point lead with just over four minutes remaining. They moved the ball with confidence and went back to their zone to reinvigorate themselves on the defensive end. Bam Adebayo led the way for Miami’s offense as it extended its lead to 12-points with three minutes left.

The Heat continued to ride that momentum, while Boston struggled to handle its opponent’s relentless energy. This series really came down to crunch-time execution, and that was the case again Sunday night. The Heat outscored the Celtics 35-17 over the final nine minutes of Game 6, leaving their final mark on the Eastern Conference Finals with authority.

The Celtics played great defense early in the fourth quarter, effectively slowing down the Heat, but their inability to close out games reared its head late. Miami exerted its dominance down the stretch as it did in all four of its Eastern Conference Finals wins, a fitting way to seal the deal in Game 6.

Butler has been known to save himself for the late moments of games, telling reporters that he makes a point to get more aggressive down the stretch. Well, that was not the case in Game 6.

Butler had 13 points on 11 shot attempts in Sunday’s first half; the same amount of shots he had in Miami’s Game 5 loss. When he pushes the urgency, the Heat seem to flow a bit better offensively, making a point to get the ball inside, which can create better 3-point looks for their shooters.

This sort of aggression off the dribble could have helped Miami amid its offensive struggles in Game 5 when it shot just 19 percent from 3, but that doesn’t matter because Butler delivered in Game 6. He finished with 22 points and eight assists on 8-of-19 shooting. Butler’s hard-nosed, tough style signifies what the Heat are all about, and it was ultimately the difference-maker in this series.

Gordon Hayward was a half-step slow all night long.

Hayward missed a wide-open, and I mean wide-open, layup about five minutes into the third quarter, which served as a microcosm of his night. He was sluggish throughout Game 6, turning the ball over twice and just looking out of rhythm on both ends of the floor.

Let’s keep in mind that before last week, Hayward hadn’t played in five weeks, so there’s a good chance his sprained ankle played a factor in his issues. He also missed the birth of his fourth child, so it’d make sense if that was weighing on him a bit as well. Either way, he had a tough go of it on Sunday, and that certainly didn’t help Boston when Kemba Walker and Daniel Theis ran into their fourth fouls before the midway point of the third quarter.

Jaylen Brown was once again the Celtics’ most consistent player.

Brown may not be the Celtics’ best player, but he was arguably their most important at various points of this series. Yes, Marcus Smart had the hot hand early in Game 6, but down the stretch of these close games, there’s no reason he should be getting more touches than Jaylen Brown. Brown has been the Celtics’ most consistent player this series, and he picked up right where he left off on Sunday.

Brown was aggressive but controlled on both ends, making big plays on the offensive side of the floor when the Celtics were in need of a bucket. He did assert himself in the fourth quarter, but it would have benefitted Boston if fewer shot attempts came from Smart, and more came from Brown.

Regardless of the result, Grant Williams gave Boston great minutes.

The rookie checked in with 4:19 left in the third quarter, and the Celtics went on a 22-8 run. Williams was awesome defensively, providing swift rotations and good interior defense to disrupt Miami’s half-court flow.

When he exited the game, Boston’s defense suffered, causing Brad Stevens to send him back to the scorer’s table with 5:31 left. While waiting to check-in, Theis fouled out, forcing Williams’ insertion back into the lineup for parts of the homestretch.

It’s promising that, in his rookie year, Williams was someone who Stevens could turn to for quality stints off the bench. He made reliable plays on the defensive end on countless occasions this postseason for Boston, and that’s certainly promising as we look ahead at Williams’ future. 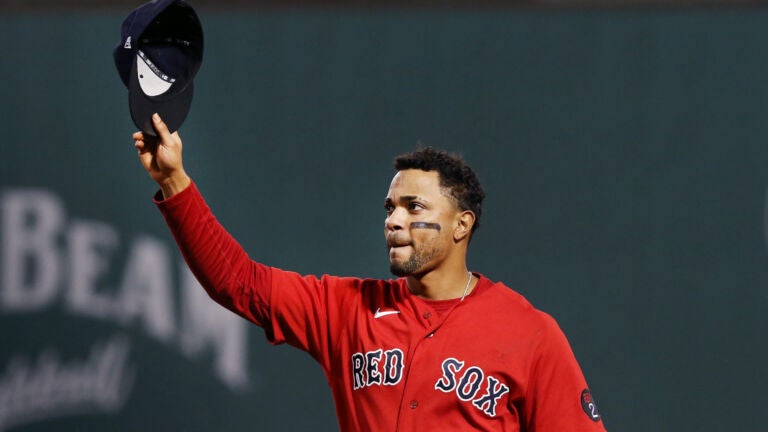