They say a new friend is valuable, but an old friend is priceless, and so it was last week, from a man cave in Croatia, for two long lost Boston Celtics teammates. In this time of mounting chaos and anxiety, their story offers a wholesome distraction, a dose of nostalgia and a classic exchange with Red Auerbach, but the headline reads like this:

Dino Radja and Dee Brown, together again at last.

The wheels for their reunion kicked into gear about a year ago, when Radja, a walking bucket with the Celtics from 1993-1997, finally joined Instagram. At 53 years old, the Naismith Hall of Famer is not IG’s target demo.

“I don’t like this new social media technology,” says Radja, from his home in Zagreb, Croatia. “It makes us all more stupid. But it reconnected me with Dee, and I’m so happy for that.”

Back in the states, Brown was a little surprised when Dino first slid into his DMs, more than 20 years since they last spoke. He’d thought about his old buddy from time to time, and felt pride during Dino’s 2018 Hall of Fame induction.

“I was just like, ‘Wow. I played with this guy,’” says Brown. “Another Hall of Famer. I started thinking about the memories we had for four years together, playing in the old Boston Garden, transitioning into the new place.”

Brown spent eight years in Boston, three as a captain. He’s still sixth all-time in steals, one of two Celtics to win a dunk contest and two Browns to wear the No. 7. He’d never met a player like Dino – “He was one of my better friends when I was playing.” – so he was happy to get the message. Still, he never imagined he’d end up at a hotel in Zagreb, waiting for a ride to his old friend Dino Radja’s house. He certainly never imagined that old friend, all 6-feet-10-inches of him, would arrive in a Smart car.

“He picked me up and I was like, ‘Dino, what are you doing driving around in a two-seater? This is so European.’ He was still the same guy. So humble.” 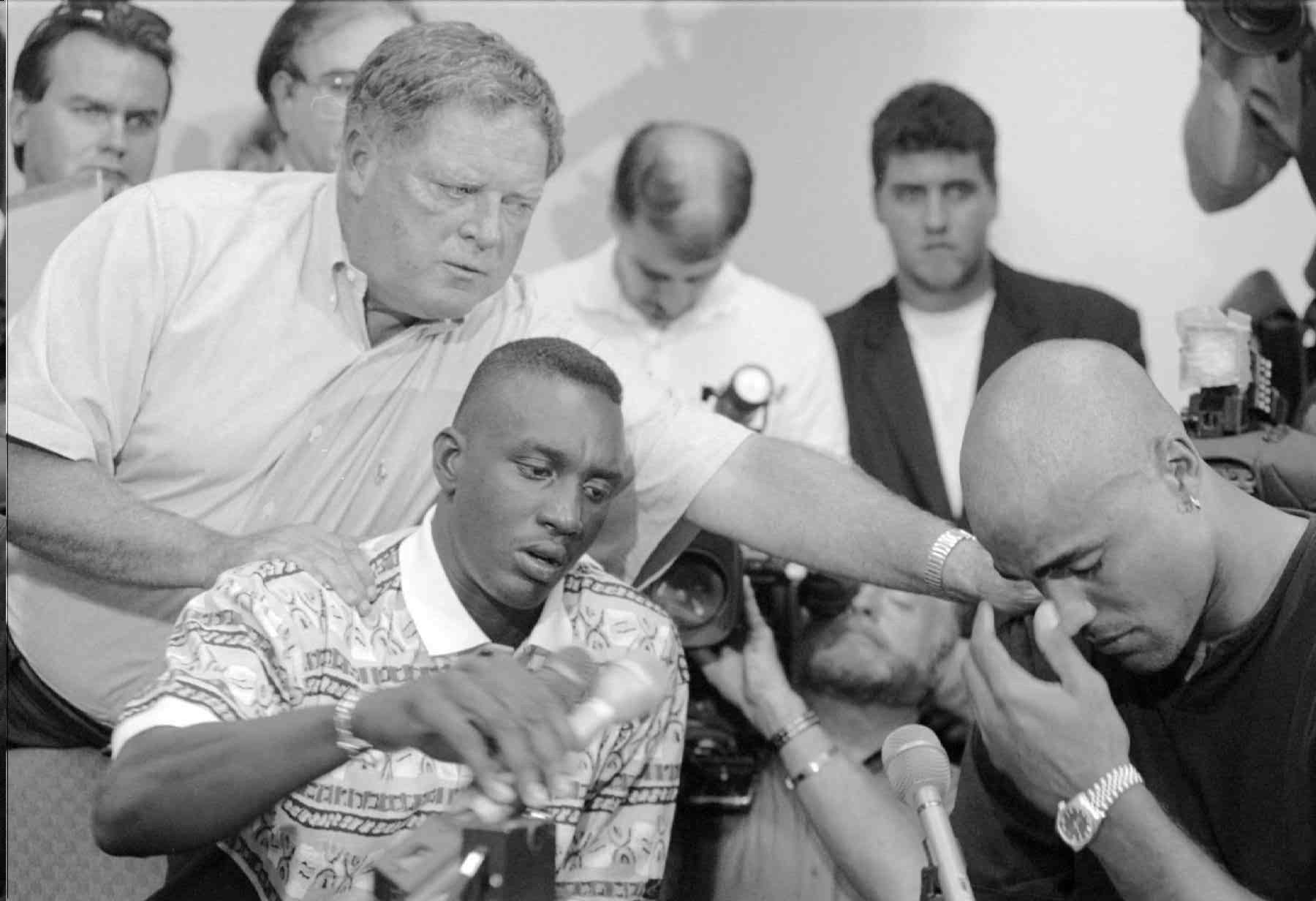 Origins of the friendship

Brown and Radja first met in 1993, at one of the darker times in Celtics history, and the most trying seasons of Brown’s career. One of the last holdovers from when the Celtics were still the Celtics, the young guard had watched Larry Bird and Kevin McHale retire in consecutive years. That summer his good friend and teammate Reggie Lewis passed away. The Celtics were in disarray, and the weight had fallen on Brown’s shoulders. He was averaging nearly 40 minutes a game, led the team in scoring, was guarding Michael Jordan one night, Joe Dumars the next, Mitch Richmond another night, Reggie Miller the next. After one game, he sat dejected in the locker room, when Red Auerbach walked in.

“How you doing, Dee?” Auerbach asked.

Dee used to call Auerbach by his given name, “Arnold,” just for fun, to bust his chops, but on this night, he could barely get it out. “Arnold,” Dee said, “I’m just tired. I’m playing all these minutes, all these games. My body is worn out.”

Auerbach thought for a second. “You know what,” the 76-year-old legend said, “Bill Russell averaged almost 47 minutes a game for me one season… and he still owes me a minute.”

That was the last time Brown complained about too many minutes. He fought through the rest of that season, missing Lewis every step of the way, but it helped that he’d found a new friend from an unlikely place: A rookie from Croatia. Although it also helped that this rookie was no rookie at all.

“Dino took the game seriously,” Brown says of Radja, who came over at 26, after a legendary career in Croatia and Italy. “He was more mature because he was from Europe and knew how the professional game worked. It was my first time playing with a European player who was that good.”

“Dee was just such a nice guy,” Radja recalls. “You don’t forget people like that.”

For those next four years, Brown and Radja helped carry the franchise torch through turbulent times – that only got more turbulent with the 1997 arrival of Rick Pitino. Although thanks to Pitino, neither Radja nor Brown were around to see it. Dino landed back in Europe, where he won another international title in Greece before winding down his career in Croatia. Dee was traded with Chauncey Billups to Toronto the following year. After two-plus seasons with the Raptors and two more with Orlando, Brown retired, but never quite left the game.

After a short broadcasting stint, and a few assistant coaching gigs, he landed with the Clippers, where he currently serves as GM of their G League affiliate, and works closely with player development. Last month, the team asked Brown if he’d be willing to take a trip overseas. They needed someone to work out with starting center Ivica Zubac, spending the offseason back home in Croatia. With the stars aligned, Dee messaged Dino on Instagram: He was headed to Zagreb!

Dino cleared his schedule, hopped in his tiny Smart car.

So, what do two former Celtics do when hanging out on the other side of the world? Watch the Patriots, of course.

Radja never misses a game, even though most of them start in the middle of the Croatian night. He only spent four years in Boston but adopted the sports scene for life. He may be the only man in Zagreb with a Gronk jersey and Big Papi T-shirt heavy in his rotation. The name of his fantasy team? “In Belichick We Trust.”

“He’s got himself a nice little man cave downstairs,” Brown says of Dino’s hangout. “There’s Patriots crap all over the place. It’s great.” Dino Radja was inducted into the Naismith Memorial Basketball Hall of Fame in 2018. Larry Bird was his presenter.

The Patriots game? Not so great. Dee and Dino watched the Patriots get run over by the 49ers, but it didn’t kill the vibe. If ever two athletes could have compassion for a once great franchise riding out a rough patch, it’s these two.

“We talked about it,” Brown says, “how basically, Celtics history goes from Bias dying, to the Big 3 retiring, to Paul Pierce being drafted. They skip that middle part, and the middle part was me and Dino. It’s disappointing, because we were a big part of keeping the franchise stable and relevant.”

But this reunion was not about disappointment or regret. No pining over legacy.

It was a celebration.

“It was just great,” says Radja. “With so much to catch up on and so many hours to do it, we just kicked back and remembered – everyone and everything. Players, coaches, even the office workers with the Celtics. We talked ’90s basketball. We shared about our families.”

It was a tribute to two lives well-lived. Two careers well-traveled. One friendship that stood the test of more than 20 years hibernation.

“It’s the beauty of basketball,” says Radja. “You become friends with people from different continents, countries, beliefs and religions. That’s something beyond money the sport gives you. I lost Dee for a long time, but I’m so thankful to have him back in my life.”

“It was invaluable,” Brown said. “A much needed break from everything going on back home.”

A break we can all use, however short or long, any way we can get it. 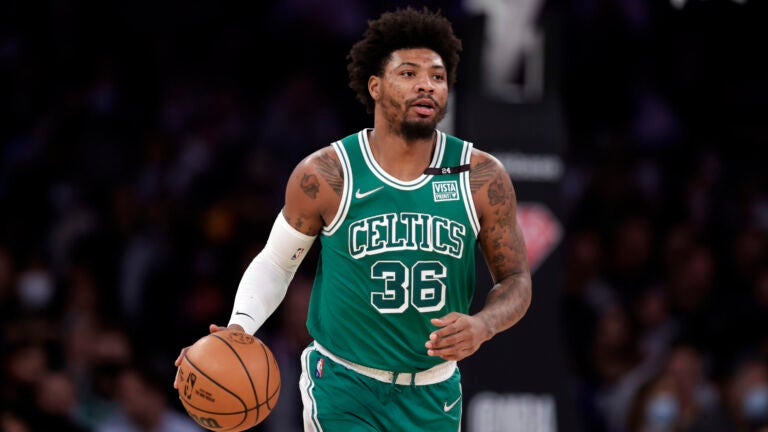