It’s not just that Celtics history cannot be told without Tommy Heinsohn, who collected eight championships as a player, two as a coach, and witnessed the rest as a broadcaster.

It’s that Celtics history — especially the last four decades — cannot be told without hearing his gravelly, boisterous voice telling it.

Heinsohn, who died Monday at 86 years old, was inducted into the Basketball Hall of Fame as both a player and coach. But to generations of Celtics fans, he was best known as the color analyst alongside Mike Gorman for 39 years on the team’s regional television broadcasts.

Heinsohn was informed, opinionated, quick to laugh, and intolerant of slow-paced offenses and any referee with a functioning whistle.

He was such an essential part of the fabric of the Celtics viewing experience, even with a reduced role in recent years as he battled health problems, that the sad news of his death brought at least a few fleeting smiles when some of his more famous comments and catchphrases flickered to mind. 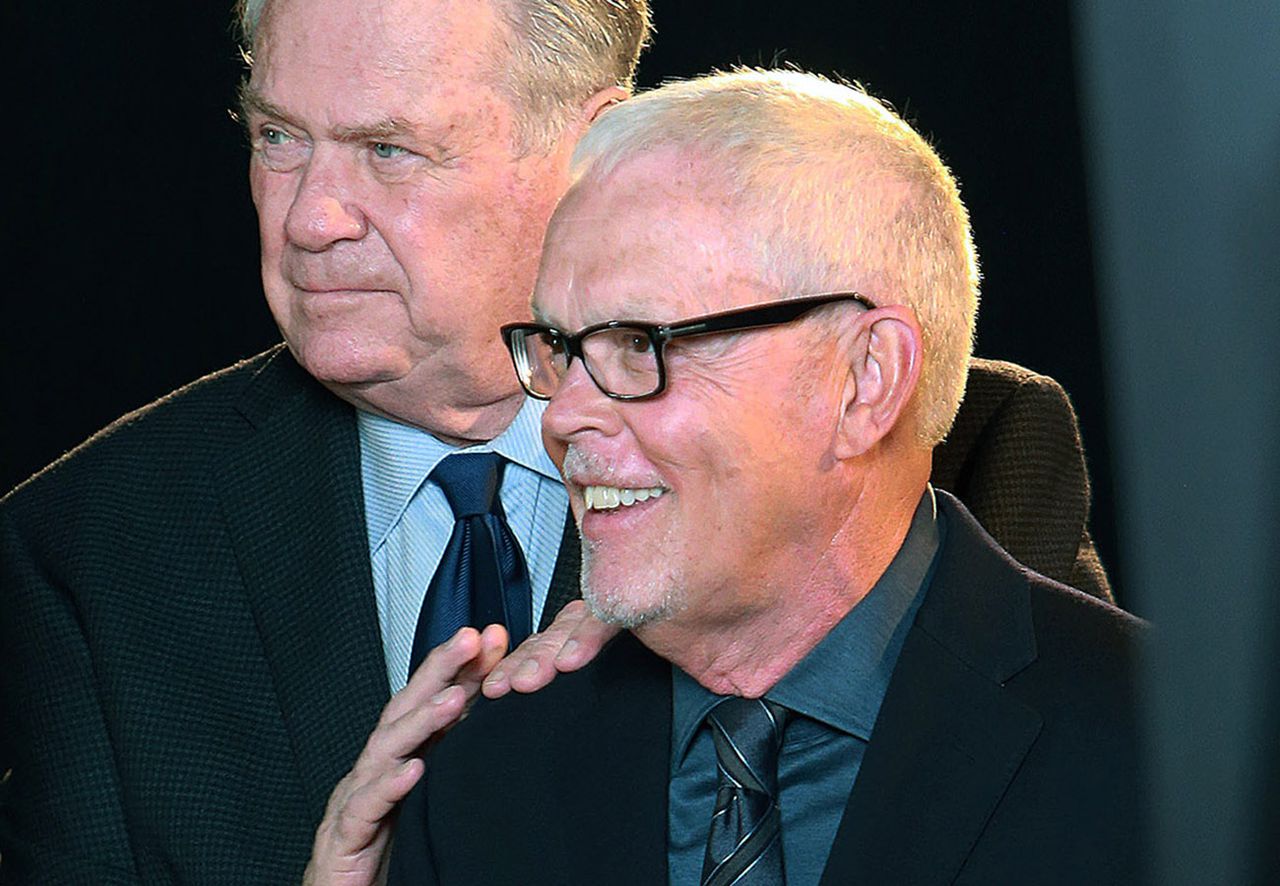 He made hustling, limited forward Walter McCarty a cult hero among the fan base in the late 1990s with his unabashed, “I love Waltah!” proclamations. He awarded “Tommy Points” for players who went above and beyond the call of duty on a given play. (Waltah, of course, is presumably high atop that all-time leaderboard.)

He’d unapologetically dive head-first into hyperbole when a marginal player would make a magical play, which is how Heinsohn — simply Tommy to Celtics fans — came to do such things as compare an obviously limited backup center named Greg Stiemsma’s knack for shot blocking to that of the unparalleled Bill Russell or vow that Dee Brown could be the next Isiah Thomas as a point guard.

Heinsohn’s disdain for officials, surely a lingering effect from his coaching days, was amusing and, until mellower recent seasons, obsessive. I always was convinced he waited until officials were passing Heinsohn’s courtside perch at the scorer’s table before he unleashed his most biting criticisms of their work.

So many of the most familiar Heinsohn phrases — “You’ve gotta be kidding me!” … “They didn’t touch him!” … “Oh, brother!” … “This is getting ridiculous!” …You call that a hard foul?” — came from that running dialogue with the officials.

Occasionally, his passion for the Celtics and his sense that they were being wronged led him to work blue. During the 1997 season-opening win against the champion Chicago Bulls — both the debut and high point of the Rick Pitino era — an incensed Heinsohn bellowed, “That’s [expletive]!” after a Celtic was called for a questionable foul on Michael Jordan.

Sometimes, the officials let him know they were listening, most memorably at the conclusion of a Celtics loss to the Phoenix Suns in December 2002. After Celtics star Paul Pierce chipped two teeth when struck by a Suns player without drawing a foul call, Heinsohn unleashed his ire on official Kenny Mauer, punctuating it at game’s end with this zinger: “This Kenny Mauer should go home to his wife, because nobody here loves him!”

Mauer, walking by the scorer’s table to pick up his jacket, looked at Heinsohn, smiled, and said, “Merry Christmas.” That did not put Heinsohn in the holiday spirit.

Heinsohn’s preoccupation with officials was such a part of his style that the Celtics acknowledged it in a statement about his death on Tuesday. But it was also a significant part of his appeal to viewers, his visceral reactions and pleas that the Celtics were getting robbed so relatable to fans that viewed sports through a similar prism.

“Tommy doesn’t really do color,” Gorman told the Globe once a few years ago. “In his heart, he’s still coaching the Celtics and he always will be. It doesn’t matter who the coach is, and it’s no disrespect to the coach. This always will be Tommy’s team. Tommy will be coaching this team till he takes his final breath. If it was possible to still be playing for this team, he would be.”

Gorman understood Heinsohn well, having learned what he was all about during their first Celtics broadcast together during the 1980-81 season, Larry Bird’s second year in the league. (They had called Providence College games together previously, so they knew each other’s work.)

“Tommy claims I make this story up, but I remember this very clearly,” Gorman once told the Globe. “The very first game I ever did with Tommy, I remember coming in and having just voluminous notes. A spotting chart made out with all sorts of numbers and histories and anecdotes and everything I could find out about every player on it.

“And I remember Tommy looking at it and going, `What’s that?’ I said, `Those are my notes, the stuff I’m going to use during the game.’ And he reached out and picked it up and turned it over on the table and said, `We’re not gonna need that.’

“And that has kind of been our style ever since.”

Gorman and Heinsohn would go on to be the longest continuous on-air broadcast pairing of any professional sports team, most recently on NBC Sports Boston (they first called games on a regional network called Prism, and it went through various incarnations through the years). Their rapport was extraordinary. One humorous moment: When Gorman stopped coloring his hair before the 2000-01 season, surprising viewers when his dyed black hair turned white. Heinsohn asked him if he had joined the witness protection program.

But Heinsohn did call Celtics games before that fortuitous pairing. In 1965-66, he debuted as the color analyst on playoff games alongside Don Gillis on Ch. 7. He continued to call Celtics games — including a couple of years as the play-by-play voice with Red Auerbach on color — until taking the Celtics coaching job in 1969-70.

He returned to broadcasting in the late ’70s, and rose to be the analyst on CBS’s No. 1 team alongside Dick Stockton for four years in the mid-’80s, right in the heart of the Celtics-Lakers heyday. He also dabbled in play by play on Celtics road games from 1990-99, with Bob Cousy on color. (He worked with Gorman on just the home games then.) 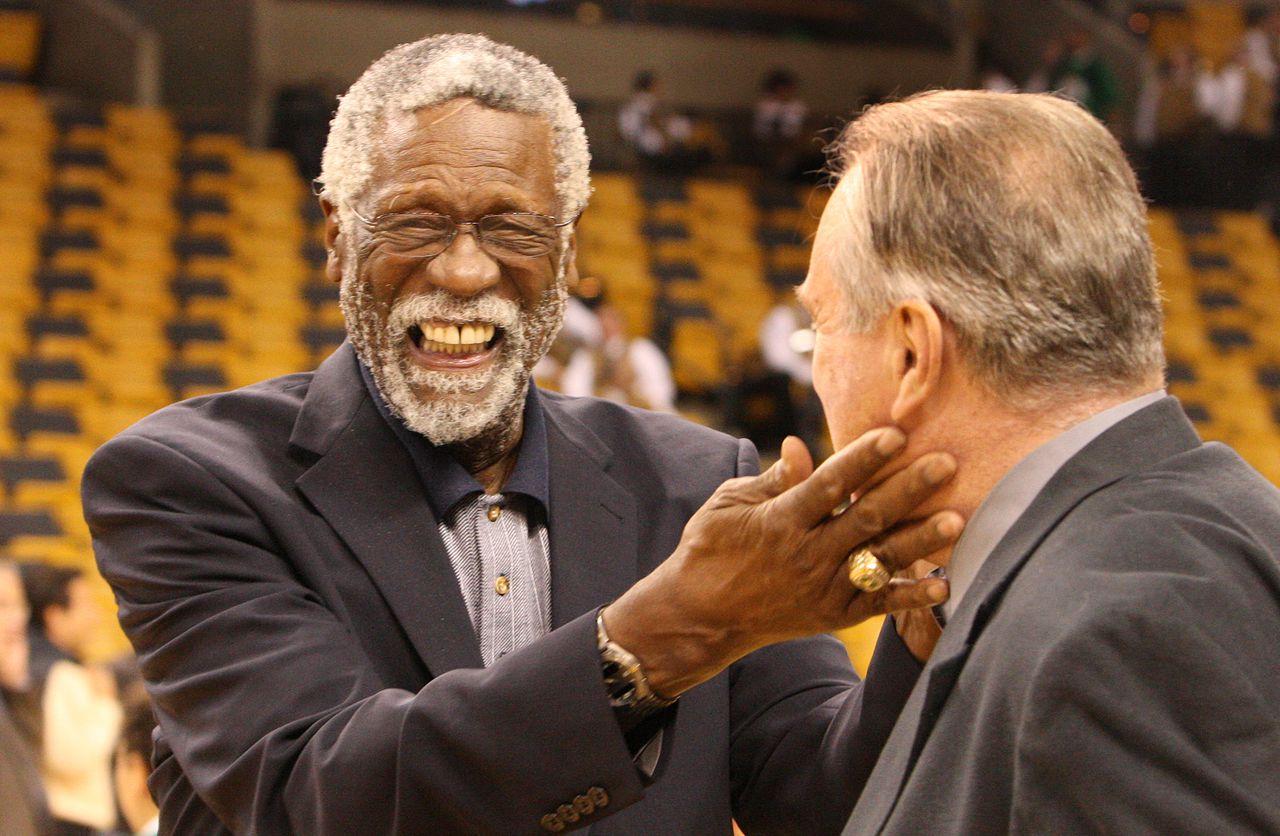 Bill Russell and Tom Heinsohn share a laugh before a game in the 2008 NBA Finals.

In his national days, Heinsohn did his best to temper his affection for the Celtics, once telling me that he tried to analyze teams as if he were scouting them when he did national broadcasts, but most fans knew the roots of his allegiances.

“What keeps me going [is] watching them grow as players and people,” said Heinsohn in 2016. “And when you get that close to them and you’ve been around so long, you necessarily get a rooting interest. Yeah, I let that show as a broadcaster. I’ve been accused!”

Heinsohn began cutting back his travel schedule in 2007, and in recent years had called just home games. He called just a handful of games this past season as he battled health problems, and while current analyst Brian Scalabrine is a popular figure, the void left by Heinsohn was palpable.

As the Celtics advanced in the bubble to the Eastern Conference finals, it was impossible not to wonder what Heinsohn thought and what he would say about a team he adored and knew inside and out.

That was perhaps the most remarkable feature about him as a broadcaster. While he’d occasionally gripe about the effort of current players on defense — and every old coach does that — he remained informed and engaged. He liked to talk about back in his day, sure, but he appreciated the modern NBA more than any octogenarian in the world.

Just not the referees. That always remained consistent. Tommy Points were meant for Waltah, but they were never meant for them. 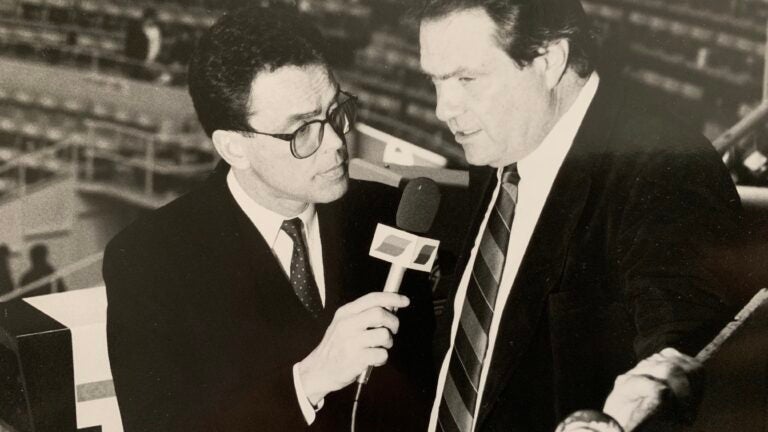