The Celtics are trading center Vincent Poirier plus cash considerations to the Oklahoma City Thunder, the team announced Thursday. In return, the Celtics will receive a conditional future second-round draft pick.

Poirier reportedly signed a two-year deal worth $5.1 million with the Celtics last offseason. Poirier, a French native, played in Spain the two seasons prior to joining the Celtics.

We have traded center Vincent Poirier and cash considerations to the @okcthunder in exchange for a conditional future second round pick.

In his lone season in Boston, Poirier struggled to break into the Celtics’ big man rotation. He played in just 22 games, all of them coming off the bench. He averaged 1.9 points and two rebounds in 5.9 minutes per game. Poirier also spent time with the Celtics’ G-League affiliate, the Maine Red Claws, last season.

In an interview with French sports outlet We Sport earlier this month, Poirier voiced his frustration over his lack of playing time in Boston.

“In my head, it’s obvious that I’m not doing one more season at the end of the bench to applaud,” Poirier said in French.

However, he clarified those comments when he spoke to MassLive’s Tom Westerholm last week and shared what he told Celtics coach Brad Stevens.

“I just told him I accepted the role I had this year, because obviously that’s what I deserved, because I didn’t show anything,” Poirier told MassLive. “But I think I worked, I think I understand the game, so I used this season to grow and to progress. I’m just saying that was cool, but as a competitor, as a man, as a basketball player, I want more. I’m not here just to be with the guys.”

By not taking a player back in the trade, it opens up a roster spot for the Celtics. They have 13 players under contract for next season, which doesn’t include the players the Celtics picked in the 2020 NBA Draft, after Poirier’s trade. Teams are limited to 15 players on their roster during the regular season but can have 20 players on their roster during the offseason. 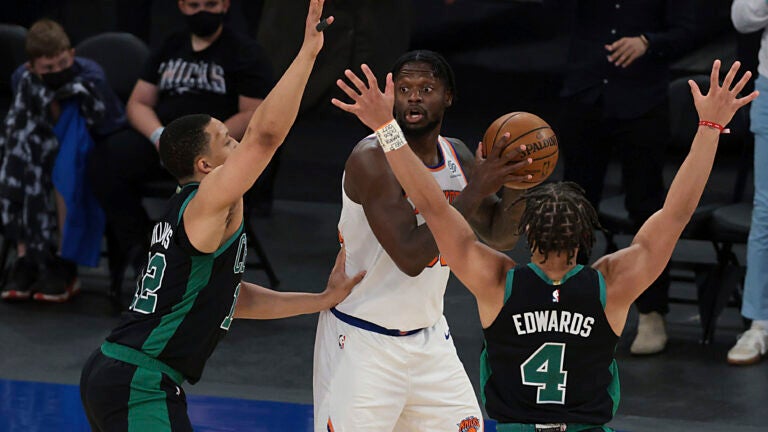