Another Celtic departs while one stays in town.

Point guard Brad Wanamaker is signing a one-year, $2.25 million deal with the Warriors, according to ESPN’s Adrian Wojnarowski. On the other end, the Celtics will guarantee forward Semi Ojeleye’s deal for next season, The Boston Globe’s Adam Himmelsbach reported.

Wanamaker departs Boston after the Celtics chose not to extend him a qualifying offer earlier this week. He joined the Celtics in 2018, signing a one-year deal after spending his first seven years as a professional in Europe.

Wanamaker showed his appreciation to the Celtics moments after the news was reported.

“Appreciate you Boston!,” Wanamaker wrote in a tweet. “Signed my first and second lol NBA contracts with a great organization. Loved hooping with all my teammates and coaches I came across my two season there, wish you guys all the best going forward and I’ll always be grateful for my time there.”

Appreciate you Boston! Signed my first and second lol NBA contracts with a great organization. Loved hooping with all my teammates and coaches I came across my two season there, wish you guys all the best going forward and I’ll always be grateful for my time there. 💚

The Celtics signed Wanamaker to a one-year deal prior to last season. After the departures of Kyrie Irving and Terry Rozier, Wanamaker saw his playing time double this past season, as he averaged 6.9 points in 19.5 minutes per game. He also led the league in free-throw shooting, making 92.6 percent of his free throw attempts.

Wanamaker will now be the backup to superstar point guard Steph Curry and will likely play a key role coming off the bench for the Warriors. The Celtics took point guard Payton Pritchard in the first round of the 2020 NBA Draft, which was likely a factor in the Celtics’ decision to move on from Wanamaker.

As for Ojeleye, the Celtics picked up his $1.75 million option for this upcoming season on Thursday. However, his salary wasn’t guaranteed until Saturday and it was believed that the Celtics would move on from him before Saturday’s deadline. Gordon Hayward’s decision to sign with the Hornets may have played a role in the Celtics changing course, as they currently lack much veteran depth along the perimeter.

Ojeleye averaged 3.4 points in 14.7 minutes per game this past season, his third as a pro. The Celtics picked him in the second round of the 2017 NBA Draft. 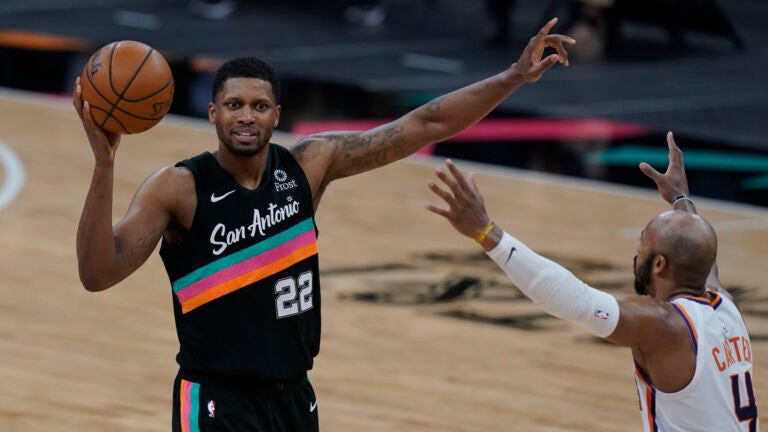