On Sunday, the Revolution face Orlando City in the Eastern Conference Semifinals of the MLS Cup Playoffs. The single-elimination postseason matchup kicks off at 3 p.m. on ABC.

Happening today at 12:35 p.m (on ESPN 2), the U.S. women’s national team face the Netherlands in the team’s first game since before the COVID-19 pandemic began. It’s the first time the two women’s soccer powers have faced each other since the World Cup final in 2019, when the U.S. won 2-0.

Massachusetts natives Kristie and Sam Mewis were both included in the U.S. squad.

The Pacers and Gordon Hayward: While the Celtics still might get to pull off a sign-and-trade for departing forward Gordon Hayward (who recently agreed to a four-year, $120 million deal with the Charlotte Hornets), Boston might have had a trade lined up with the Indianapolis Pacers if they had wanted it.

The Pacers were interested in acquiring Hayward, who went to college at Butler and is popular in the area. And Hayward, 30, was reportedly interested in a move to Indianapolis. Yet in the end, the connection wasn’t made.

In a new report from J. Michael of the Indianapolis Star, Boston could have sent Hayward to Indiana in exchange for center Myles Turner, a first-round pick, and a rotation player.

Pacers president of basketball operations Kevin Pritchard explained his disappointment after Hayward decided on Charlotte instead.

“If you can add a player that materially improves you, you have to take a shot,” he told Michael. “It hurt a little more this time [because] the feedback was he wanted to be here. We were probably overplaying in the trade but we were trying to get a special player.”

Trivia: The last time the Patriots had a losing season (2000), the ninth loss occurred against the Lions on Thanksgiving Day. The game was notable for being Tom Brady’s NFL regular-season debut (he came in with the game decided and went 1-3 for six yards).

But who was the Lions quarterback that day?

Hint: After playing four seasons in Detroit, he went on to become Ben Roethlisberger’s backup with the Steelers from 2003 until his NFL retirement in 2012.

These card tricks are crazy! 😱 Which one is the best?

The latest on Ravens-Steelers: Despite a growing number of Ravens players on the COVID-19/Reserve list, now including quarterback Lamar Jackson, the NFL is still planning on having Baltimore play Pittsburgh on Sunday. The game was already rescheduled from Thursday due to the Ravens’ COVID-19 outbreak.

The final tally stood at 202 for DiMaggio, 201 for Williams.

This came despite Williams compiling staggeringly more impressive numbers. Then 28, and in his prime, Williams led the American League that season in batting average (.343), home runs (32), and RBIs (114), resulting in his second triple crown win (which, surprisingly, both occurred in seasons where Williams did not win MVP). 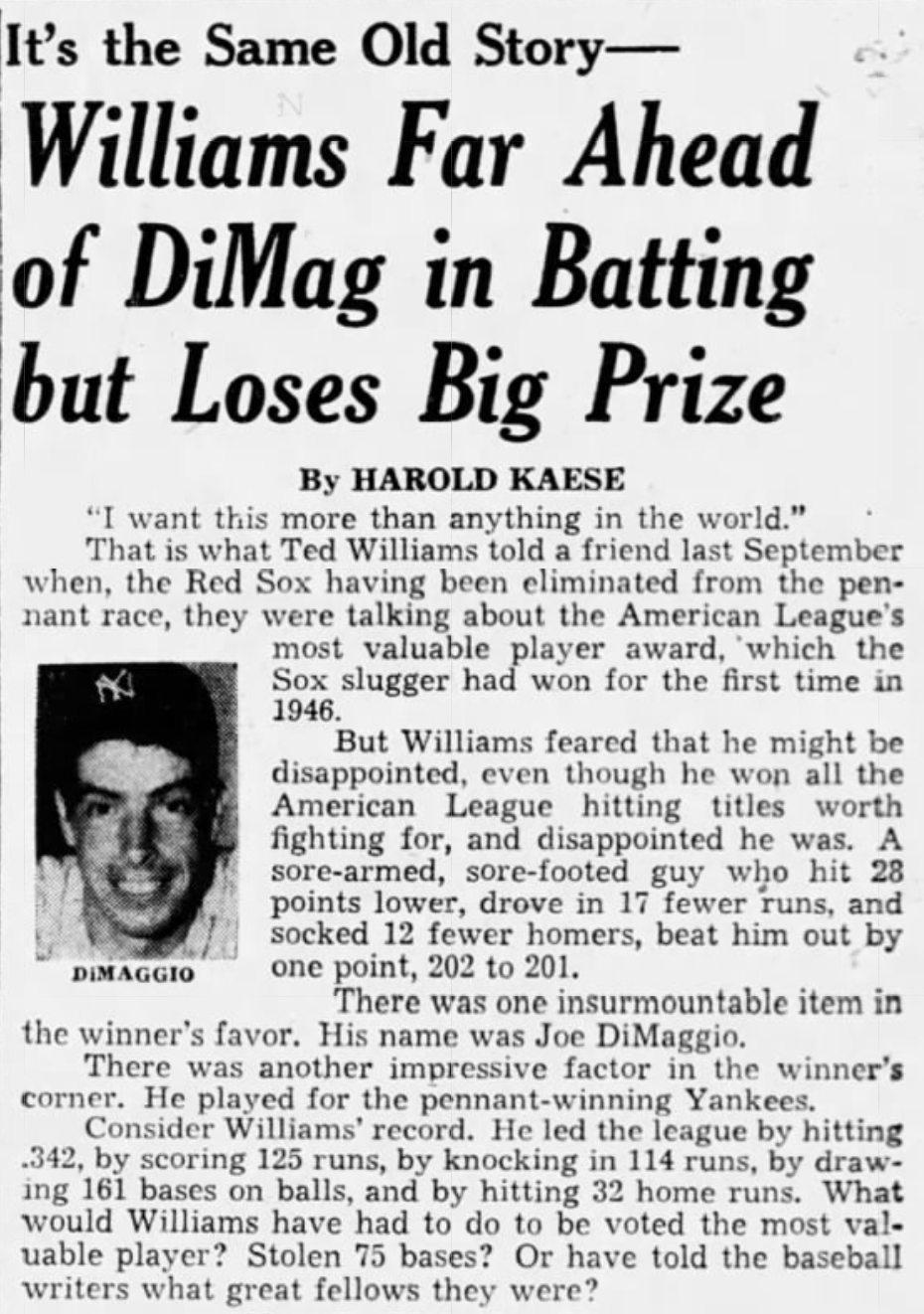 “There was an insurmountable item in the winner’s favor,” wrote The Boston Globe’s Harold Kaese afterward. “His name was Joe DiMaggio.”

That, as Kaese noted, plus playing for the pennant-winning Yankees, was the difference in partisan voting from baseball writers.

“What would Williams have had to do to be voted the most valuable player?” Kaese wrote. “Stolen 75 bases? Or have told the baseball writers what great fellows they were?”

Williams would maintain for years afterward that Boston writers, unhappy with his treatment of the media, were the ones who denied him the prize. He specifically cited Boston Globe writer Melville Webb in his 1969 autobiography

“We’d had a big argument early in the year over something he had written,” Williams said. “I didn’t realize until much later that he hadn’t even put me on his ballot.”

The truth, as a 2010 investigation from the Los Angeles Times’ Brian Cronin later discovered, was that Williams’ loss was more likely the product of wildly inconsistent voting coming from other, non-Boston writers. Eddie Joost, for example, a shortstop for the Philadelphia Athletics, in explicably received two first place votes despite hitting just .206 with a .330 slugging percentage (though he was cited for his defense).

Williams would eventually win his second MVP (after his first in 1946) following the 1949 season, though even then — despite coming a fraction of a batting average point away from a third triple crown in a decade — it was far from unanimous.

Daily highlight: Tottenham midfielder Harry Winks scored from ridiculously far away in a 4-0 Europa League win over Bulgarian side Ludogorets on Thursday, though he admitted afterward it was (predictably) unintentional.

Harry Winks, that is ludicrous!
😳😳 pic.twitter.com/Go8uWaoxIV 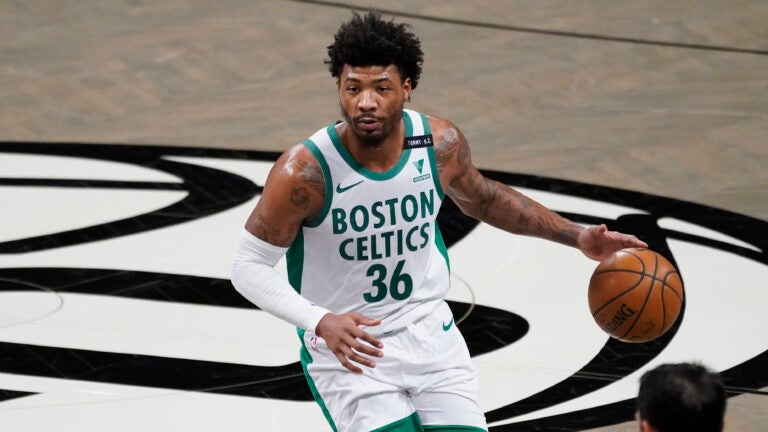