If James Harden gets his way, the Boston Celtics might not be thrilled with the results.

According to the Athletic’s Shams Charania, Harden — who has requested a trade from the Houston Rockets — has four preferred destinations: The Brooklyn Nets, Philadelphia 76ers, Milwaukee Bucks and Miami Heat. All four project to be contenders in the Eastern Conference, along with the Celtics, who were not mentioned.

Harden’s opinion matters because the 31-year-old former MVP can opt out of his contract after next season. If he doesn’t like a city, he can always leave soon after arriving.

That leaves Houston with little leverage. The Rockets could ignore his trade request and hope he reconsiders — Harden is a generational offensive talent — but doing so might mean they lose an MVP candidate in his prime for nothing, which would be a disastrous outcome. Houston owes lightly protected draft picks or swap rights to Oklahoma City in 2021, 2024, 2025 and 2026 and would find rebuilding near-impossible in a few years if it can’t recoup value now.

Initially, Harden made it clear he wanted to be traded to Brooklyn, where he would join Kevin Durant and Kyrie Irving, but the Nets’ best package on its own isn’t particularly enticing — likely a combination of picks, Caris LeVert and Jarrett Allen. The Bucks might be similarly limited if Harden is serious about wanting to join them (a major “if,” considering Harden’s history with Bucks star Giannis Antetokounmpo). Khris Middleton is a good player, but he’s not young enough to be valuable to the Rockets.

The Sixers and Heat, however, have some potential. For Philadelphia, everything will likely revolve around its appetite for trading Ben Simmons. The Sixers don’t have many other assets, but pairing Harden with Joel Embiid — especially with the roster Daryl Morey built this offseason — could solve the fit issues that have plagued the roster over the years. Simmons would give Houston a young All-Star worth building around who is locked up on a max deal through 2025. That deal seems closest to a win-win.

Miami, meanwhile, could offer a package built around Tyler Herro, picks and more. Reportedly, Miami has not yet been willing to put Herro in a potential deal, but that could change if talks heat up (and if the Heat need to beat an offer from another suitor). A Heat roster featuring Harden, Jimmy Butler and Bam Adebayo would have the look of a real contender not just in the Eastern Conference, but in the NBA at large. Herro, meanwhile, looks like one of the most promising players in his draft class and would have real trade value for Houston.

Harden isn’t a particularly popular player among NBA fans, but he has been a one-man offense for years and would be a devastating addition for any contender in the East. The Celtics could consider trading for him themselves, both to add to their own championship potential and to keep him away from their rivals, but doing so would likely cost both Jaylen Brown and Marcus Smart. That’s a lot to give up for any player (even Harden), and the cost is prohibitive if Harden isn’t willing to commit to sticking around. The Celtics might not be willing to deal Brown and Smart even if Harden was willing to commit — Kyrie Irving’s infamous “If you guys will have me back, I plan on re-signing here” quote still hangs over the franchise, and both Brown and Smart offer versatility Harden can’t.

The Celtics have one of the best Harden defenders in the league in Marcus Smart, but even Smart struggles to contain him for an entire game. If another Eastern Conference contender adds Harden onto an already loaded squad, the path to the Finals for the Celtics could be significantly more difficult. 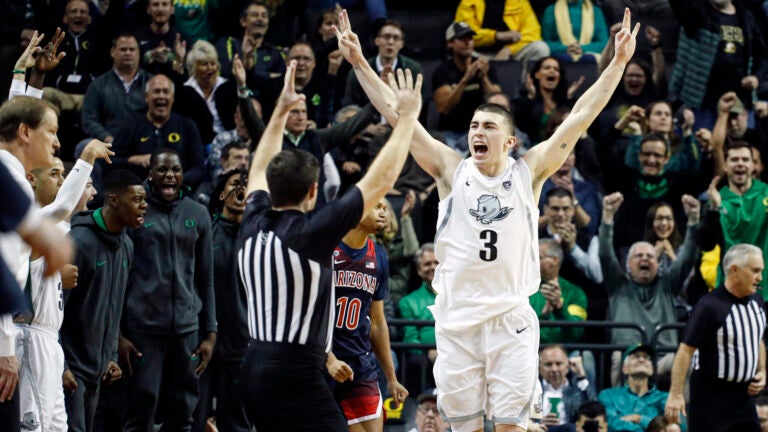