Tacko Fall described himself as a “traditional big” in his Zoom media availability on Sunday, which isn’t quite right.

Fall might be traditional in that he spends most of his time setting screens and defending the rim, but he’s far from traditional in that he is listed at 7-foot-5 (Fall contests this and claims he is 7-foot-6) with a historic 8-foot-2 wingspan. He was one of the most popular players on the Celtics last year even though he logged 33 total minutes in seven games.

Now, Fall is working to shed other aspects of the “traditional” label as well.

“Coming out of college pretty much all I would do is run rim to rim and just post up in the block,” Fall said. “But here we run a lot of actions through the bigs, especially in the free-throw line area. So being able to handle the ball in there, being able to hand it off to the guards coming off screens, and being able to move without the ball was something I had to learn last year. I’ve done a lot of different things, especially with Coach Jay [Larranaga] to be able to help with that. I think that’s one of the biggest parts I’ve improved on.

“Defensively we have a different system. For example, I was used to playing back, pretty much. But now I’m more up through the screen and being able to move and understanding different reads and things like that, I think I’ve improved tremendously on it. I mean, I’m still a work in progress. I’m not where I want to be yet. I’m not where I know I can be at.”

Fall worked extensively with Larranaga last year, and he spent the summer improving his body both with Boston’s strength and conditioning coaches and with his own personal trainer. The goal: Get quicker, add strength in his lower body, and improve his conditioning.

His teammates have noticed the difference.

“He’s just improved in terms of seeing the game a little bit better,” Grant Williams said. “Conditioning, especially. Because last year when he got tired, he kind of just let plays go. This year he’s done a better job of competing every single play.”

Fall, who re-upped on a two-way contract with the Celtics for the second consecutive season, faces an interesting challenge: Boston is reportedly unlikely to utilize a G-League team this year, meaning Fall will spend the entire season with the Celtics’ big-league club. That’s both good and bad for Fall — good because he can spend time with Celtics coaches and players, bad because he is significantly less likely to see real playing time.

Fall said he is taking the challenge in stride.

“Just being around the guys and picking up everything from the coaches and just seeing the guys play is really going to be helpful for me,” he said. “Being on the court definitely is a plus, but at the same time, there’s a lot of things I can do as far as watching film with the coaches, I’ll definitely get my opportunities, and when I do, just take advantage of it, go out there and play hard and help us win games.”

“It’s a tough balance, right? Because, our team is generally not a post-up team, just based on the strengths of our other players,” Stevens said. “And so he does a good job of balancing what some of our other bigs do with doing his strengths, and we all need to recognize that when he’s in the game and try to take advantage of that.

“But he’s improved. He works really hard. I think his body looks great. I feel like he’s in as good of shape as he’s been. And we’re glad he’s here.”

Fall is happy to be back too.

“I’m in an organization where they believe in me,” he said. “They took a chance on me last year where a lot of teams had a lot of question marks, but they saw that I had a lot of potential. So you always want to go where you’re wanted. I know I’m wanted here, I know that they are going to help me develop my game, and they are going to utilize me the best possible way. So that was a huge factor for sure.” 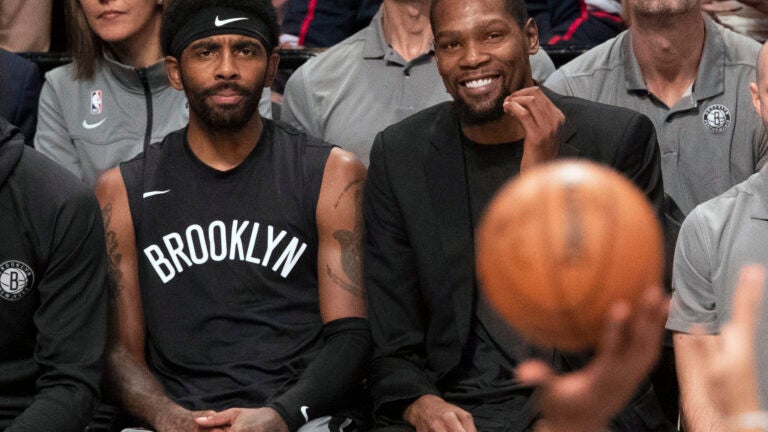