The Boston Celtics will be without Daniel Theis in addition to Tristan Thompson and Kemba Walker as they open their preseason slate against the Philadelphia 76ers on Tuesday.

According to Brad Stevens, Robert Williams will start at center in place of Theis and Thompson — drawing the assignment of Sixers star center Joel Embiid.

“I’m really excited, honestly,” Williams told reporters via Zoom on Tuesday. “More so just to get on the court with my teammate and feel that good energy cheering for each other. However the rotations lay out, they lay out.”

Theis missed practice on Sunday and has been dealing with back issues for a few days.

“It’s a little sore just from probably working out,” Theis said. “I won’t play tonight at all, just take it day by day … treatment, exercise, so probably in the next couple days I’ll go back to 100 percent on-court stuff and running. I did some warm-ups and some shooting today. It’s still early, so there’s no reason to risk anything.”

According to Brad Stevens, the Celtics will start Javonte Green in place of Kemba Walker, along with Marcus Smart, Jaylen Brown, and Jayson Tatum. Stevens said Boston will rotate Walker’s spot in the starting lineup in the early going.

“We’re just looking at it to see who makes [Tatum, Brown, and Smart] better, and we’ll also look at it to see who we’re playing on that given night,” Stevens said. “Obviously when Kemba gets back, that changes everything.” 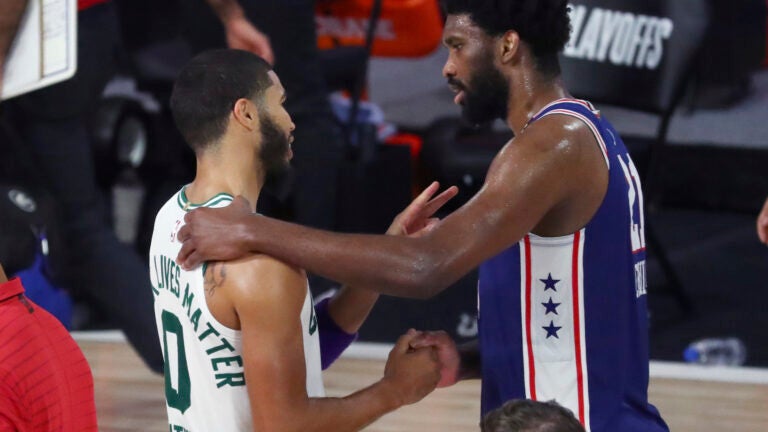