Boston Celtics star Jayson Tatum didn’t have a ton of time to improve this offseason — the Celtics bowed out of the postseason in late September and were back to work in training camp on Dec. 1.

But Tatum took advantage of what little time he had to work on his body.

“I’ve gained probably about 10 pounds, so I think that’s just obviously been in the weight room,” Tatum told reporters via Zoom on Wednesday. “You know, getting older my body is starting to mature a little bit more. So I’m not 19 anymore.”

The last quip is a reference to a running joke on Twitter. As Tatum impressed during his rookie season, Celtics fans repeated “He’s only 19” so often, Tatum’s youth became a running joke. As Tatum got older, many fans committed to the joke and continue to claim he’s still just 19. The line became so popular, Tatum himself got in on the action.

In reality, Tatum is 22 years old (he turns 23 in March), and he had a breakout season last year that cemented his status as the best player on the team. For the first time, he is at the top of every scouting report from the start of the season.

“I think it just has to elevate my playmaking ability,” Tatum said. “I kind of felt like it was trending that way during the playoffs, just seeing a lot more attention, a lot more double teams, blitzing, and just my ability to make plays and make the game easier for the guys around me. So just being more of a playmaker, getting other guys involved.”

Tatum was asked what it means for him mentally to hear people calling him a “superstar” on a regular basis. 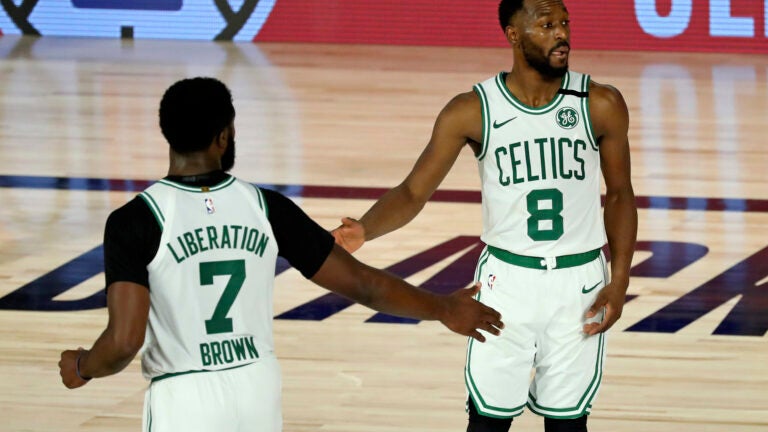