The Boston Celtics looked rusty and out of sync Tuesday in their preseason debut against the Philadelphia 76ers, but one major bright spot was rookie guard Payton Pritchard, who poured in 16 points on 6-for-10 shooting in Boston’s 108-99 loss.

Pritchard’s last meaningful game took place on March 7, when he dropped 29 points to lead Oregon over Stanford. The Ducks never took the court again, as the NCAA season shut down due to the coronavirus, robbing Pritchard of a chance to improve his draft stock during March Madness.

But Pritchard was still drafted in the first round, and he scored on his first preseason possession, albeit awkwardly. Pritchard dribbled around the court for nearly the entire shot clock after subbing in, before finally creating and making a mid-range jumper.

The basketball wasn’t always pretty, but at least it was basketball.

“This is what we play the game for, to play games and this is what all the work is for,” Pritchard said. “For me, I’m just excited to get out here, it’s since the beginning of March since I’ve played a game. So get the jitters out, get running up and down the floor, just kind of get a feeling for things again. It was awesome to be back out here and there’s nothing like a real game setting.”

Pritchard played well with both Boston’s starters and its second unit — a positive sign for his regular-season minutes. The Celtics might need him to be a reliable back-up option, especially until Kemba Walker returns. It’s unclear whether Jeff Teague — who also played well in his debut — will start or lead the second unit, but in either case, minutes could still trickle down to Pritchard, if he’s ready.

Shooting 6-for-10 from the field with four rebounds and two assists is a nice start.

Brad Stevens said both Pritchard and fellow rookie Aaron Nesmith (eight points, 3-for-8 shooting) played well, but that there will be a lot of film to watch over the next few days.

“Every day’s a long class,” Stevens said. “They get there an hour before their scheduled time to do the young guys’ workouts. Those guys are both in the gym shooting and working out with their individual coaches before they even get into their lifting and group work. So they are in every which way in a crash course. And we’re just trying to expedite it as much as we can.

“Part of that is simplifying their roles. And I think we’re going to have to do that, especially early on. There were a couple of times I called a defensive coverage or an offensive play and they looked at me sideways, they didn’t know what I was saying. So we’ll have to work on all that and try to get them a basic set of things that we can play with when they’re in.”

Pritchard knows how much work lies ahead. He has been observing Marcus Smart, who he called “a perfect leader” and “a dog” after he watched Smart go flying after a loose ball in a preseason game.

“It’s an example of how we can play and how to win games,” Pritchard said.

The Celtics will be thrilled with any positives from the rookies in the early going, since they understand that none of this will be easy.

“It’s just going to take a little time for it to come second nature when they call a play and get into it,” Pritchard said. “We’ve only been practicing for like a week, so our flow will just get better and better and guys will start to pick it up quicker and quicker.” 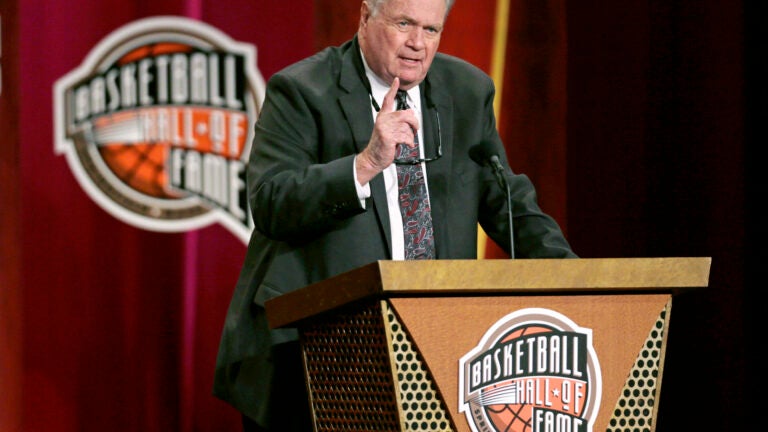