Fans of the Boston Celtics might still hold a grudge against Brooklyn Nets star Kyrie Irving, but the relationship between Irving and his former teammates on the Celtics appears to be very friendly.

Before Friday’s preseason game between the Nets and Celtics, Irving could be seen embracing Jayson Tatum, Jaylen Brown and Robert Williams, among others. After the game, Irving and Williams exchanged jerseys, and Irving collected a jersey from Tatum as well.

The TD Garden was empty due to COVID-19 restrictions, so Irving’s return to the building was more peaceful than it might otherwise have been. Still, he was asked about playing in an arena where he once publicly hoped his jersey might be retired.

“It’s like another day at the job,” Irving said. “Honestly. I’m grateful to be able to have relationships with a lot of these guys who are still here, guys who aren’t here still. And, at the end of the day, we went to war together. And I respect all those young men down there. We’re not even young. We’re just young kings growing in a business where we want to do what makes us happy. To see Jayson get better, to see Jaylen get better, to see these guys mature and be in the positions they’re in, I’m nothing but proud of them. To see other guys be happy, that’s all I could want.

Irving helped Kevin Durant lead the Nets to a blowout win over the Celtics — the superstar duo combined for 42 points on 16-for-31 shooting as Brooklyn rolled 113-89. Unlike the Celtics, the Nets appear ready for the regular season, which tips off next week, even though they are similarly underprepared after a shortened preseason.

“A lot of it is just high IQ basketball, just relying on each other to make the right plays. Basketball is really simple when you play it with pace, you play with intention to keep the defense guessing. Also, defense can be your best offense as well. So we’ve been hammering in on the defensive end. Offensively, I just felt like the talent that we have speaks for itself. But we have got to do the little things, getting off the ball, making extra passes.

“You’ll see a change over the course of this season as we mature and get more reps. I feel things will be a lot more crisp. We had a lot of turnovers tonight, but we had 24 assists. Obviously it’s still a preseason game but even in practice, we still want to do the right things. I wish we had some more tune-up games, but obviously, right through it.”

The Nets and Celtics face each other again on Christmas Day at 5 p.m. 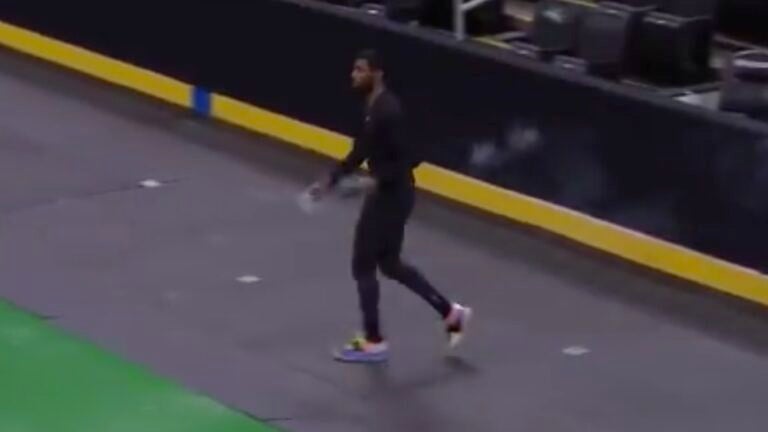