Evan Turner, the Boston Celtics’ newest assistant coach, is a unique personality behind the bench.

Notably, he is the only former NBA player on the Celtics’ staff (although he’s not the only talented basketball player), and he’s just an offseason removed from his playing career — Turner appeared in 19 games for the Atlanta Hawks last season. On a Celtics team with plenty of youth, the 32-year-old is functionally a veteran leader.

“We’re talking about a guy who had a decent career here in the league,” Marcus Smart said. “His work ethic, he knows the game, his IQ, and just for him to be able to come back here and really give that knowledge that he has learned over his career, and continue to learn — to us and these younger guys that we have here is a blessing. You don’t get to see that very often. And I know everybody here is appreciative of it, and we’re thankful to have him.”

But Turner — who joined the Celtics’ staff on Nov. 30 — is also an entertaining personality. He sat down to speak with the media and fielded several serious questions about his role with the team before a reporter noted that the proceedings had been too serious so far.

Turner was then asked if coaching a team of Ohio State alumni in The Basketball Tournament to the 2019 title — and thus $2 million in prize money — was what sold Stevens on Turner’s abilities as a coach.

“Bro, Brad knows,” Turner said. “He knows I’ve got a little bit of luck left in the tank. So he’s trying to take it and get him two or three [championships], you know what I’m saying? So he knows I have a great basketball mind. He knows I have a great basketball energy. His first playoff appearance was when No. 11 was on the court. Now No. 11 is on the bench — not Payton Pritchard, me. Behind the bench — like, far behind the bench. Now I think we can make it or take it deep into July every year.”

More seriously, Turner hopes his relative youth will help him relate to players, and he wants to earn their respect. In addition, he hopes he can help players who want to be great achieve their goals (he mentioned Jaylen Brown in particular).

Turner also wanted to do what he called “a super-duper internship” with a coach he deeply respects as he tries to evaluate his next step.

“I trust the hell out of Brad [Stevens],” Turner said. “When it came to trusting and leaving things up in the air with basketball — I left, and my last situation wasn’t ideal — trusting Brad to guide me and learn from him, it was an easy situation and transition. I thought it was the best situation for me. That’s what I was looking forward to. He’s given me space to learn and the comfort level to learn as well. And make mistakes.”

But Turner’s sense of humor won’t hurt, especially during a long NBA season.

“It’s unbelievable, we have a coach who understands the players even more because he was a player himself not too long ago,” Smart said. “To have that voice in the locker room where tensions are going to be high and competitive natures are going to be high, to just have that guy on the coaching staff that when everything is really hard or really just locked in, the time of need where you just need that relief to kind of decompress, to have a guy like that who understands it and knows the right time to bring it is something that’s going to be important.” 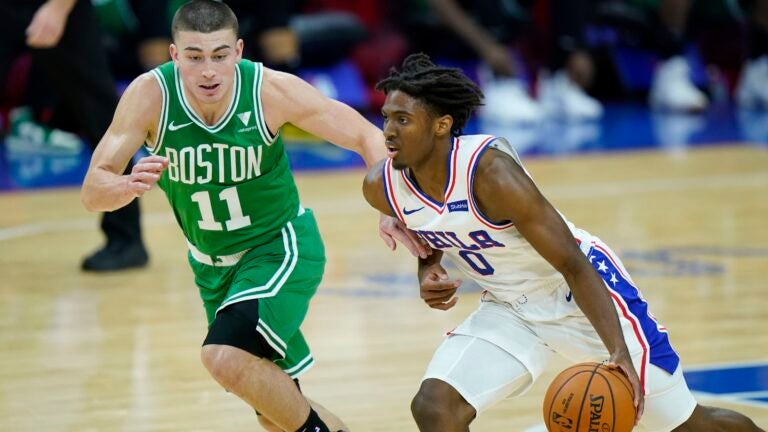