Boston Celtics guard Kemba Walker will be re-evaluated for a return in early January, but he still isn’t particularly close according to Brad Stevens.

“Kemba is on the court doing one on one stuff with a coach,” Stevens said. “Still no up and down, no cutting, no one else on the basket. So, still a long way away.”

Walker received a stem cell injection in his left knee this offseason and started a strengthening program to build up the joint before the regular season. Last year, Walker dealt with soreness for months, and he needed load management even after four months off prior to the Disney World bubble.

“It was tough,” Walker admitted earlier this month. “But everybody is banged up. I try not to make any excuses, to be real with you. I played through it, I was able to get through it, I had a great time with my teammates. Unfortunately it didn’t end like we wanted it to. But we battled. I thought I battled as best as I can, to tell you the truth. But it was tough. But now, I’m looking to just get better and contribute to this team like I know I can.”

Walker — whose health will be crucial to any hopes the Celtics maintain for a deep playoff run — said he will take all the time necessary to return to the court.

“There’s no rush,” Walker said. “There’s no rush on my end. I’m coming back when I need to come back, and when I’m feeling good to play. So that’s it. This is, I haven’t really been a guy who has been hurt over the course of my career. So, this sucks, but I also love the game of basketball, and I want to play at a high level in front of the fans who come to watch this game. So I want to be at my best. The last time in the playoffs, I wasn’t at my best, and that sucked. I don’t want to be that way no more.” 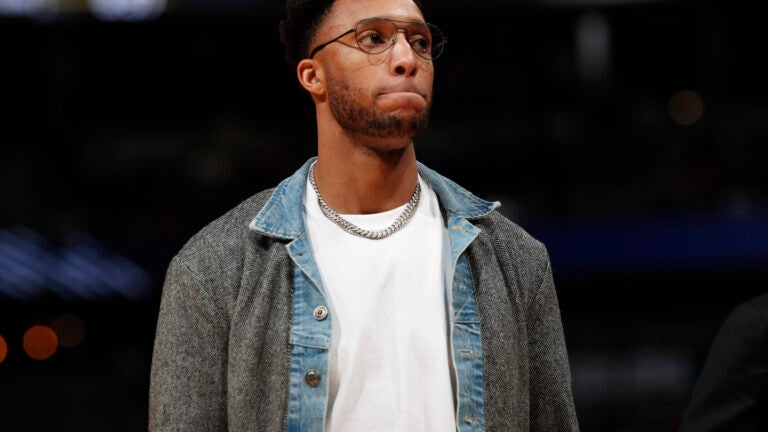