Boston Celtics great Paul Pierce had the unique experience of learning he was nominated to the 2021 Naismith Memorial Basketball Hall of Fame on live TV on Tuesday.

Appearing on ESPN’s The Jump with Rachel Nichols, Pierce appeared surprised when Nichols said he had made the cut.

“Am I in there?” Pierce asked, beaming, as Nichols made the announcement.

Pierce has every qualification to make a first-ballot entrance. A 10-time All-Star and four-time All-NBA selection, Pierce won Finals MVP in 2008 as the Celtics defeated the Los Angeles Lakers in six games. He averaged 19.7 points, 5.6 rebounds and 3.5 assists per game for his career, tallying a career-high 26.8 points per game in 2005-06. Pierce — whose number was retired by the Celtics in 2018 — spent 15 years with the organization before playing for the Brooklyn Nets and Washington Wizards to end his career.

“Just to be recognized — if I do make it — just to be recognized in basketball lore forever,” Pierce said on The Jump. “When I’m long gone and away, I’ve always said — look, the Hall of Fame is forever, and having my number hung up in the Boston Garden is forever. So it’s a true honor if it were to happen. I’m blessed that I was able to put time in on my craft.”

Kevin Garnett, Pierce’s teammate in Boston from 2008-13, was part of a loaded 2020 class that is yet to be officially inducted due to the coronavirus pandemic. The other member of Boston’s Big Three, Ray Allen, was inducted in 2018.

Pierce’s fellow panelist on The Jump, Richard Jefferson, noted that Michael Jordan said the Hall of Fame was the end of a basketball chapter.

“That’s the end of your book, right there,” Pierce said. “That’s the final stop. I’m not sure if that was the goal going into it, but I just think with all the hard work and [perseverance], it ended up this way. You set goals, you just work as hard as you can and see where you’re at.”

Nichols noted that every Hall of Fame inductee has to give a speech.

The Hall of Fame induction generally takes place in September. The 2020 class — which includes Tim Duncan and the late Kobe Bryant, in addition to Garnett — will be inducted in May. 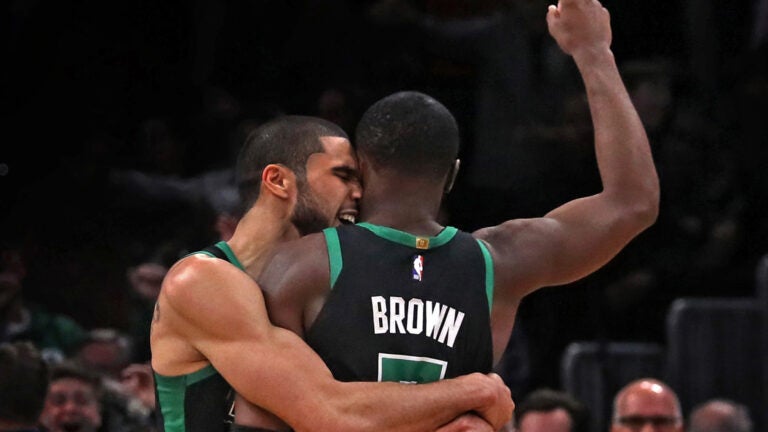